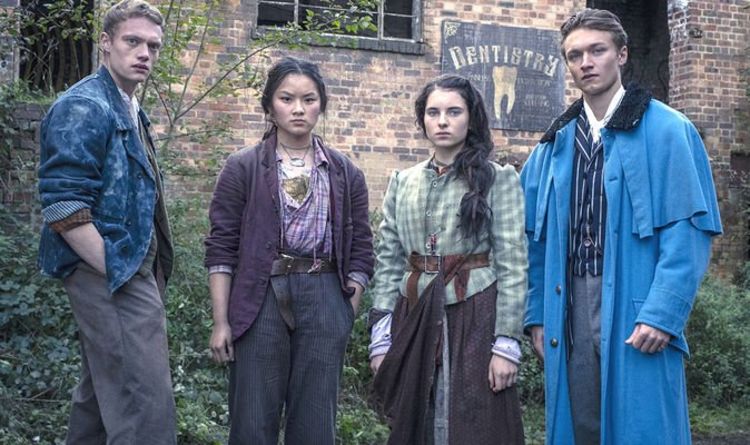 The Irregulars arrived on Netflix back in March 2021 and the mystical crime drama series was inspired by the Baker Street Irregulars from the Sherlock Holmes stories. The series follows a group of street urchins who are hired by Doctor Watson (played by Royce Pierreson) to solve mysteries. Season one was made up of eight hour-long episodes and fans binged their way through, excited for more.

Why has The Irregulars been cancelled?

Sadly it was announced on May 5 that the series has not been picked up for a second season by the streaming platform.

The show made its way into the top 10 most-watched shows and had proven popular with fans of the Sir Arthur Conan Doyle tales.

At this moment in time, Netflix has not given a reason as to why the series has been cancelled so early on.

According to Variety, the show clocked up 643 million minutes streamed across all eight episodes.

The series beat shows like The Falcon and The Winter Soldier on Disney Plus, which had an estimated 628 million minutes streamed.

READ MORE: Starmer left red-faced as he is confronted on Blair sleaze accusations

Season one left fans with a number of questions after Sherlock (Henry Lloyd-Hughes) entered the Rip along with his lover Alice (Eileen O’Higgins).

Viewers were left wondering whether he would ever return as they enjoyed the fresh take on his character.

There was also the question of whether Bea (Thaddea Graham) and Leo (Harrison Osterfield) would remain together after he left to continue his royal duties.

The show received positive reviews and it holds an approval rating of 78 per cent on the review website Rotten Tomatoes.

The critics consensus says: “It taps into some fairly regular plot points, but when it dares to defy expectations and focus on its charming young cast, The Irregulars hints at something truly special lingering beneath the surface.”

The show came in second on the top “Shows on the Rise” week for March 28, according to Rise Ratio.

Another fan added: “I can’t believe The Irregulars was cancelled, why Netflix keep cancelling good shows??? I’m not gonna be okay for a while after this.” [Sic]

Sadly there is no knowing why the series was dropped as it seemed to be a success with fans.

At the start of May 2021, actress Graham shared a message on her Instagram, praising the cast and creators for their hard work.

She said: “Thank you to everyone who gave their time, energy, hearts and creativity to our show. It was definitely challenging and tough at times, but it was more so a hell of a lot of fun and something I’ll never forget.

“It was an entirely collaborative experience filled with heart and integrity and although set in a supernatural world, it was driven by honesty and truth.”

The Irregulars season 1 is on Netflix now.