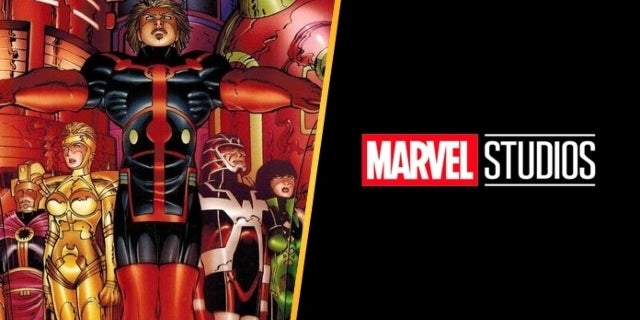 Avengers: Endgame has come and passed, leaving the team at Marvel Studios to open up a whole new world within the Marvel Cinematic Universe. While we’ll continue to see familiar faces in Black Widow, Thor: Love and Thunder, and the production house’s stable of Disney+ shows, most of the other movies will introduce characters never before seen in live-action.

The vast change in scenery is also allowing the studio to move into more non-linear storytelling, much like it already did with Captain Marvel. With The Eternals on the horizon next year, a major paradigm shift could be coming to the MCU and how storytelling works as the MCU pushes in Phase 4 and beyond.

It’s far from confirmed, but a popular thought is that The Eternals will take place long before Captain Marvel or Captain America: The First Avenger. Think prehistoric — millenia before humans first roamed the Earth and if that’s the case, it could change everything we know about the MCU.

Marvel Studios boss Kevin Feige previously admitted himself that what made the Jack Kirby creation so attractive at first was the fact he and his creatives could turn it into a property based on legends. That means ancient mythologies like Zeus derived exactly from The Eternals appearing on Earth at one point or another.

In fact, setting The Eternals in a time period so far back could open some all-new opportunities to retcon or shoehorn in some pretty major changes. As the Celestials created The Eternals — at least in the comics, that is — perhaps the group also experimented with the mutant gene and some shape or form and it’s simply been dormant all this time. Don’t forget there’s also the opportunity to see a younger Thanos or a flowering Titan, long before its untimely demise.

At the end of the day, the Eternals are such a small comic property, Marvel Studios has the unique opportunity to tweak their origins any which way without upsetting legions of life-long fans. Not only will the work to the studio’s benefit for the story of the movie, but it will help to tie up some loose ends that have surfaced in the past ten years of Marvel Cinematic Universe history.

How big do you think The Eternals will be for the future of the Marvel Cinematic Universe? Share your thoughts in the comments below or by tweeting me at @AdamBarnhardt to talk all things MCU!