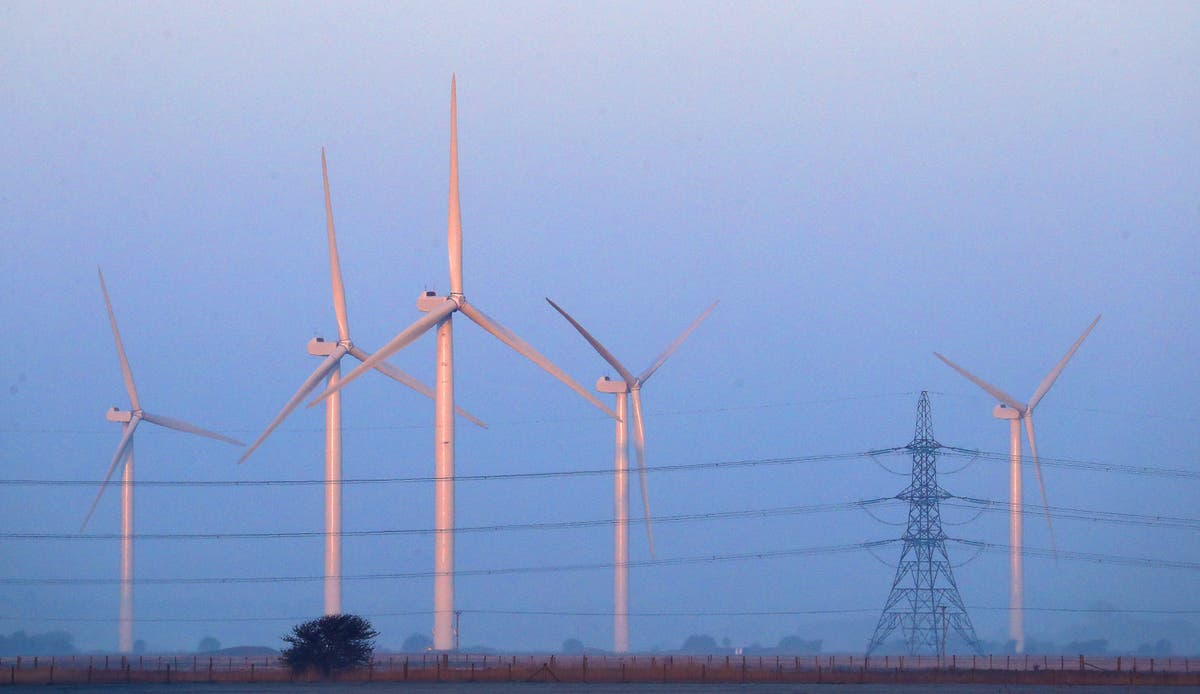 ecord levels of wind power were generated for the British grid on Monday afternoon as the country was buffeted by blustery conditions, figures show.

It beats the previous record of 17.5GW set on February 13.

The renewable technology is an increasing part of the British grid, as more wind farms are built, in particular off the coasts of Britain.

And there are plans to produce 40GW of offshore wind by 2030, as part of efforts to tackle climate change and cut greenhouse gas emissions to net zero by 2050.

Industry body RenewableUK’s deputy chief executive Melanie Onn said: “On a wet and unseasonably cold May bank holiday, Britain’s wind farms generated a record amount of clean power just when we needed it most to stay warm and dry.

“The fact that wind is generating nearly half the country’s electricity shows how central it has become in our modern energy system.

“The UK’s healthy pipeline of wind energy projects set to be built onshore and offshore will help us to reach the Government’s target of net zero emissions as fast as possible, and as we ramp up our renewable energy capacity we can expect fresh records in the years ahead.”

The biggest share of the power mix wind has ever had is 60%, which it hit on the early hours of Wednesday August 26, 2020, when turbines were producing 14.2 gigawatts of electricity amid Storm Francis.