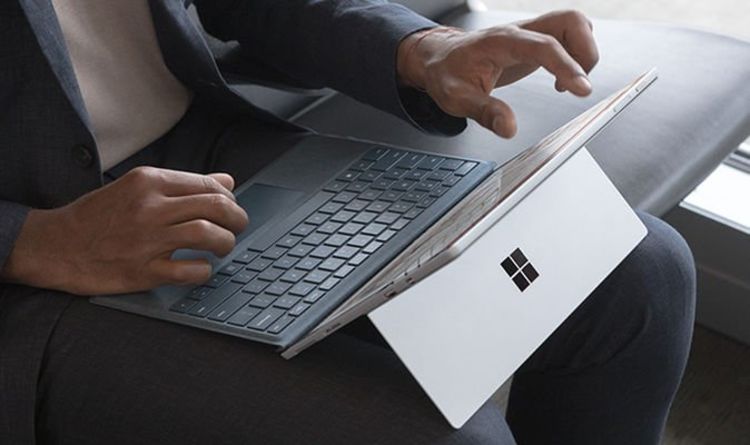 Dubbed the May 2019 Update, also known as 1903, the new software introduces a swathe of new functionality for Windows 10 fans to get excited about.

But while the fresh operating system improves Windows 10 in a number of ways, it seems to be causing frustrating problems for some users that have downloaded it.

Windows Latest recently spotted a Reddit thread where a number of Windows 10 users have complained of the May 2019 Update causing seemingly random reboots.

One said: “Since 1903 my PC keeps randomly restarting. There’ll be a small freeze that lasts a couple of seconds, and then it restarts automatically.

“Outside of this it’s perfectly normal, but I have no idea what is causing this. My computer sounds normal.

“Screen goes black, PC shuts down. PC restarts, and goes straight to Desktop. As though it were just restarting normally, were it not for the fact that it doesn’t wait for programmes to close before doing so. I don’t have a login or anything, and it doesn’t go to BIOS either.

“There’s no way to diagnose this as it is completely sudden and without warning. 100 percent a problem caused by a recent Windows patch.”

Another user documented a similar problem: “I also started getting random unexpected restarts since going to 1903 this weekend. Can’t figure out what’s happening.”

It is currently unclear which devices are being affected by the problems described above.

Moreover, it is presumed this issue is not widespread – based on the number of comments discussing the matter on Reddit and Microsoft’s community forum.

In addition to the May 2019 Update causing problems itself, it seems some Windows 10 users are also having trouble downloading the operating system’s August 2019 cumulative updates.

Once again, some individuals have taken to Reddit and the Redmond-based firm’s community forum to claim the upgrade is presenting different error codes when they are being installed.

The Windows 10 August cumulative update contains a number of security fixes for the operating system.

One user in particular stated they were being presented with an error code 0x80073701 when attempting to install the latest upgrade.

They said: “Well here we go again! Another ‘Patch Tuesday’ and yet another update that refuses to install. Last month there was a Cumulative Update that would not install and now we have another one, 2019-08 Cumulative Update for Windows 10 Version 1903 for x64-based Systems (KB4512508) -Error 0x80073701, with the same error code.

“What on earth is going on at Microsoft? It’s getting to the stage where I am seriously considering dumping my PC and getting a Mac!

“With the failed install of last month I tried everything possible to find a solution but all to no avail. Followed all the ‘solutions’ posted on the Community to the letter but none worked. Come on Microsoft – sort yourselves out as this is getting beyond a joke.”

One user suggested downloading and installing the update as a standalone package rather than through Windows Update could be possible remedy for the installation problem.

Microsoft has not yet issued fans with an official solution.