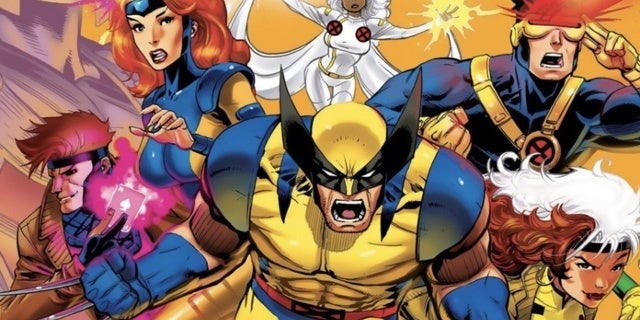 X-Men: The Animated Series holds a special place in the hearts of many cartoon fans who came up in the age of ‘Saturday Morning Cartoons.’ A hysterical fan compilation on YouTube illustrates how the show liked to use Wolverine in basically every episode. During that period, and now, Logan is one of the most popular team members. As one of the marquee Marvel heroes, it makes sense that his catchphrase would pop up a good amount.

The series, like most programming on television from 1992-1997, was full of tropes and especially the 90s favorite: catchphrases. Steve Urkel, Michelle Tanner, even Fran from The Nanny, somebody in the cast had to have a catchphrase or it broke the laws of the universe or something. After watching this montage, you will never be able to hear Wolverine say the word “bub” the same again.

Many fans who had never read comics were introduced to the X-Men through the 76-episode series. Marvel was still very popular, but it wasn’t the media juggernaut that it is today. Now, the character is probably just as linked to Hugh Jackman and his performance in the live-action X-Men movies. With his Wolverine days seemingly behind him, Jackman recently mused about his time as the metal-clawed mutant. He called it “the role of a lifetime” during this year’s celebration of X-Men Day.

Jackman’s tribute to the character included a photo from 2017’s Logan, his swan song for the role he played in nine movies across 17 years.

The 50-year-old Australian actor in reaffirmed last year that he’s “done” as Wolverine, admitting to MTV it was time to hang up the claws.

“When I saw Deadpool, I was like, wow that’s cool. It’s just a matter of time,” Jackman explained. “It’s a bit like you’re at the greatest party you’ve ever been at, you’ve been dancing for an hour and a half, and then you’re just like ‘It’s time, OK. If I stay any longer, it’s gonna get ugly.’ It’s like, it’s time.”

“And on the way home, someone calls you and goes, ‘They just put Michael Jackson on, you gotta get back here,’” Jackman said of Ryan Reynolds’ Deadpool. “And a little part of you goes, ‘I like Michael Jackson,’ but then you just go, I want to go to bed.”

Jackman has since said he remains open to portraying another superhero and he was “100%” looking forward to seeing Disney-owned Marvel Studios’ take on the X-Men following Disney’s $71.3 billion acquisition of 20th Century Fox’s entertainment assets.

Deadpool star Ryan Reynolds is still hoping to lure Jackman back to the role one day for a proper Deadpool-Wolverine team up. For now, fans have the memories of all those films and the television show to look back on. There’s obviously still gold to be found there if these memes are any indication.