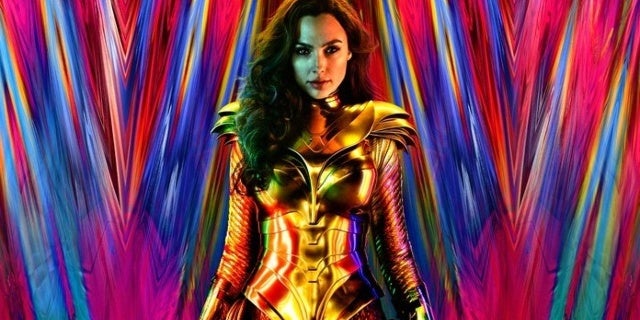 The movie is still a year away from hitting theaters, but we are still dying to learn more about Diana of Themyscira’s glam-tastic adventure in Wonder Woman 1984. And while she might have left the land of the Amazons behind, that doesn’t mean her time with her sisters has come to a close, according to new set photos.

A series of behind-the-scenes images surfaced from Wonder Woman 1984 surfaced on Instagram, and one stood out in particular as it could have major implications for the plot of the movie and how it will deal with Amazons. Take a look:

OTHER: New look for the Amazons in WW84 from r/DC_Cinematic

The original source for the photos is unclear, but Instagram user vanzekin018 brought a lot of attention to them when posting them on their Story.

The interesting image features actress Rosanna Walls, wearing armor very similar to that of the Amazon senators in the original film. In Patty Jenkins‘ first Wonder Woman movie, the politicians wore similar garb that differentiated them from the warriors, and they helped Queen Hippoltya decide Steve Trevor’s fate after he crashed on the island.

Walls was not a part of the cast of the first Wonder Woman, so that means this similar photo was likely taken as part of the production for Wonder Woman 1984. Given the setting, we could be seeing a flashback to Themyscira, or a cutaway like we saw in Justice League, or Diana’s return to the island, or something else entirely.

The Instagram caption suggests this character could be part of the Amazons of Bana Mighdall, which would have a wide range of implications for the film that’s already tackling Maxwell Lord, Cheetah, and the resurrection of Steve Trevor.

In the comics, the Amazons of Bana Mighdall were an offshoot of the original civilization. This group rejected the gods of Olympus and left Themyscira in order to exact revenge on mankind, and ended up settling in Egypt where they became a militant faction.

Perhaps this storyline could help explain the creation of Cheetah as well as Maxwell Lord’s obsession with power, considering the Amazon’s secrets would have spilled out into the outside world.

Hopefully we find out more about what Jenkins has planned for Wonder Woman 1984 very soon, because that June 5, 2020 release date is still a long ways away.