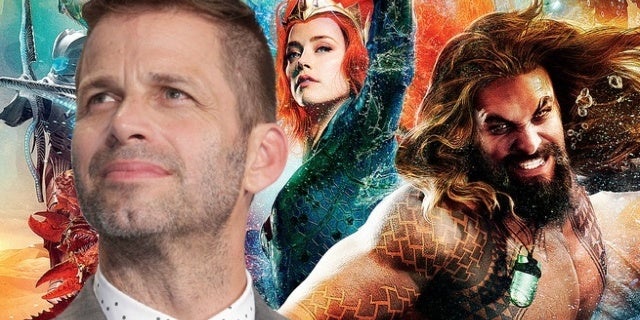 The fabled Snyder Cut continues to be a topic of debate among fans who long to see the Justice League movie as director Zack Snyder intended. And while we’ve heard many details about his original plans since the film released in 2017, our imaginations are the closest we’ve come to actually experiencing what it entails.

But few people have claimed to see the movie, including Aquaman star Jason Momoa. The actor credits Snyder for casting him in the role that made him a billion dollar-blockbuster actor, and now he’s saying that he’s actually seen the movie as Snyder intended to make it.

The post celebrates a meeting between Momoa and Zack and Deborah Snyder where the Aquaman actor thanks the filmmaker for casting him as well as introducing him to Leica cameras. Momoa caps off the occasion be gifting Snyder a Leica Q2, a brand new model of their high end cameras.

While it’s heartwarming to see two friends sharing a tender moment, most people will likely focus on Momoa’s admission of seeing the Snyder Cut and singing its praise. The existence of this version of the movie has been hotly contested by fans, and some even contend that such a version wouldn’t be watchable.

But Momoa’s words might echo what many Snyder fans already believe — that it’s the best version of the film and Warner Bros. Pictures made a mistake when they didn’t release it.

Earlier this year, Snyder teased his plans for the film that made the studio executives nervous because of his drastic and dark changes to the DC canon.

“The original Justice League that Chris [Terrio] and I wrote, we didn’t even shoot… The actual idea, the hard, hard idea, the scary idea, we never filmed because the studio was like ‘That’s crazy,'” Snyder said, pointing out the reaction to Batman v Superman: Dawn of Justice.

“It’s a long story,” Snyder added. “The truth is that, the Knightmare sequence in this movie was always my idea that all of that would eventually be explained … and that we would end up in the distance future, where Darkseid has taken over Earth and where Superman has succumbed to the Anti-Life [Equation] … There was a few members of the Justice League that had survived in that world, that they were fighting. Batman broke a pact with Cyborg because something happened… They were working on an equation to jump Flash back to tell Bruce…”

Hopefully Warner Bros. and Snyder come to terms and release the version of Justice League that the director wanted fans to see.