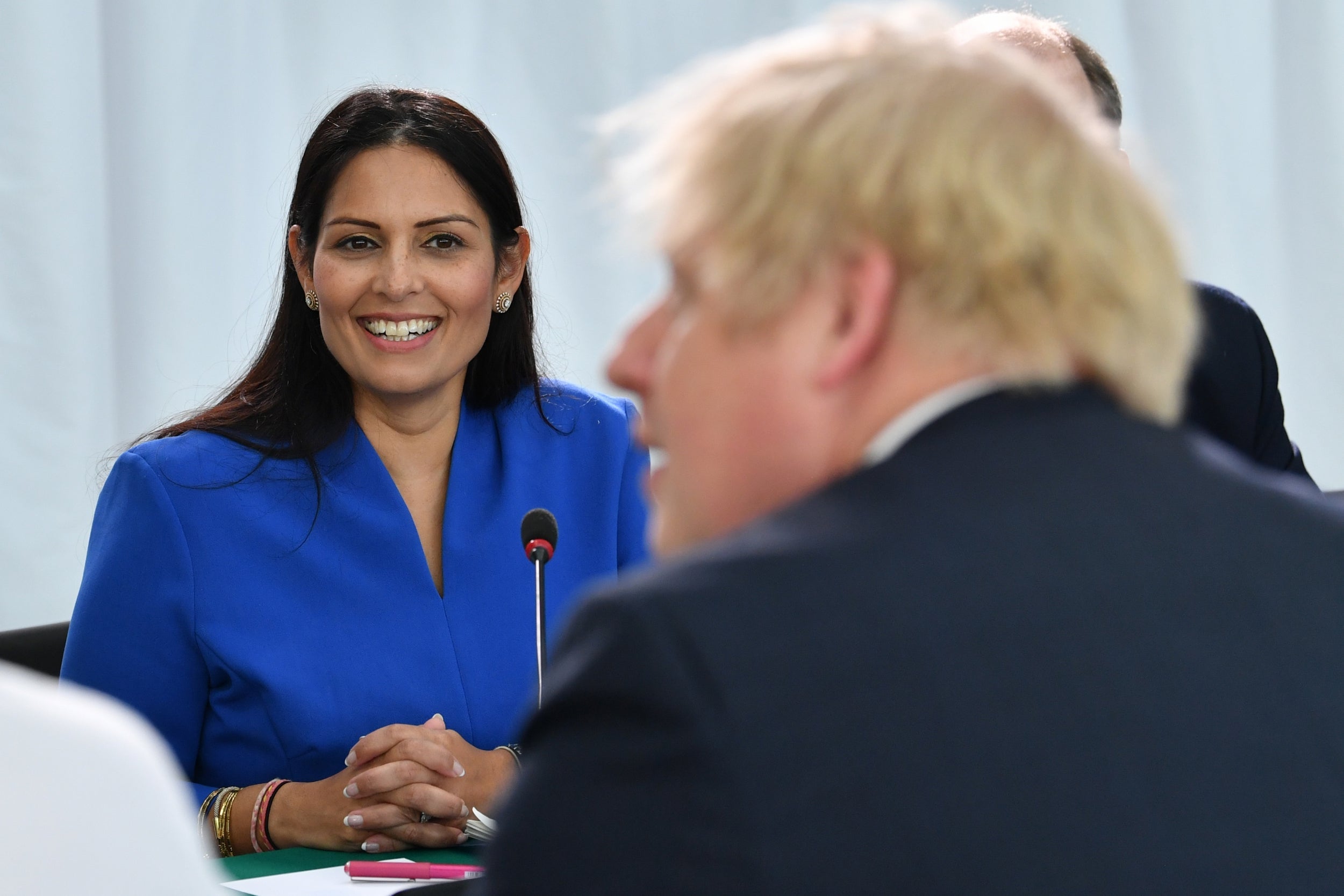 Downing Street did not deny suggestions that Mr Johnson had tried and failed to convince his standards ministerial adviser Sir Alex Allan to tone down his conclusion that her behaviour amounted to bullying as he found instances of shouting and swearing.

The adviser quit on Friday when the Prime Minister overruled his conclusion that Ms Patel breached the ministerial code and stood by his Home Secretary.

Meanwhile, the Times reported two unnamed senior Whitehall officials saying that the Prime Minister tried and failed to get Sir Alex to tone down his report to find there was no clear evidence of bullying.

Downing Street did not deny the report, with a No 10 spokesman instead saying: “As you would expect, the Prime Minister spoke to Sir Alex Allan to further his understanding of the report.

“Sir Alex’s conclusions are entirely his own.”

Sir David, the top civil servant at the department until 2011, criticised Mr Johnson for contradicting Sir Alex to find the Cabinet minister is not a bully.

“The Prime Minister has simply put aside the findings of a report, and of the independent adviser Sir Alex Allan, that she is a bully and you shouldn’t’ have bullies in government,” Sir David told BBC Radio 4’s Today programme.

“We have to put ourselves in the position of the bullied, no one has spoken up for them, some of them are junior staff and who will be sitting there today thinking that their voice has not been heard and you cannot rely on the Prime Minister to stand up for them.”

He added: “For the first time as far as I can remember we have a prime minister that doesn’t seem willing to stand up for high standards in public life.”

“It was assumed before that if an investigation was taken this far and if anyone was found to have broken the ministerial code, I don’t think anyone would have doubted the minister – to use the old phrase – would have to consider his or her position,” Lord Clarke told Times Radio.

Offering what she described as an “unreserved, fulsome apology”, Ms Patel seized on Sir Alex’s finding that she received no feedback on the impact of her behaviour.

But Sir Philip Rutnam, who quit as the Home Office’s permanent secretary after accusing Ms Patel of a “vicious and orchestrated briefing campaign” against him, contested this.

He said she was advised not to shout and swear at staff the month after her appointment in 2019 and that he told her to treat staff with respect “on a number of further occasions”.

Sir Philip also said he was not interviewed for the inquiry despite him having launched a constructive dismissal claim at an employment tribunal.

Shadow home office minister Holly Lynch said the “initial, unedited report” must be published in full and called for an independent investigation.

“These are serious allegations that suggest Boris Johnson tried to interfere with an investigation into bullying accusations against one of his closest political allies,” the Labour MP said.

Sir Alex found Ms Patel had not always treated civil servants with “consideration and respect” and concluded that her approach on occasions “amounted to behaviour that can be described as bullying in terms of the impact felt by individuals”.

He said Ms Patel had “not consistently met the high standards required by the ministerial code”, though he said there was “no evidence that she was aware of the impact of her behaviour”.

The Home Secretary apologised and said there were “no excuses” for what happened but highlighted Sir Alex’s assessment of her awareness.

She told the BBC that “any upset that I’ve caused is completely unintentional and at the time, of course it says it’s in the report, that issues were not pointed out to me”.

The chairman of the Committee on Standards in Public Life, Lord Evans of Weardale, said Sir Alex’s resignation was “deeply concerning” and that his committee would look “urgently” at what had happened as part of its review of the ministerial code.