Jeremy Corbyn questioned whether or not Boris Johnson may have been deported to the United States as a result of he ‘dabbled in class A drugs’ and ‘conspired’ to beat up a journalist.

The Labour chief provoked a livid response from the Conservative benches after asking the Prime Minister if there’s ‘one rule for young black boys from the Caribbean and another for white boys from the United States’.

In a thinly veiled dig on the Prime Minister, Mr Corbyn appeared to match the actions of deported Jamaican nationals with that of New York-born Mr Johnson, who mentioned the outgoing Labour chief had ‘demeaned himself’ by conflating the Windrush era with deporting these he referred to as ‘foreign national offenders’.

Some 50 folks had been initially anticipated to be on a chartered deportation flight to Jamaica that left the UK at round 7.30am on Tuesday.

But it took off with 17 on board after a last-minute authorized battle between the Government and human rights campaigners.

Officials and ministers have mentioned all had been overseas criminals who dedicated severe offences, though campaigners, supported by 150 MPs, say they got here to the nation as kids, are ‘British in every meaningful way’, and a few had been sentenced for one-time drug offences after they had been younger.

Speaking at Prime Minister’s Questions earlier, Mr Corbyn requested: ‘Does the Prime Minister think that someone who came to this country at the age of five and was the victim of county lines grooming and compelled to carry drugs, released five years ago and never re-offended deserves to be deported?’

Mr Johnson replied: ‘I think the whole country would agree that, while I cannot comment on individual cases, it is entirely right that foreign national offenders should be deported from this country in accordance with the law.’

Mr Corbyn – who later tweeted the query after it brought about a stir on social media – mentioned the Government has ‘learned nothing’ from the Windrush scandal, including: ‘This cruel and callous Government is trying to mislead the British people into thinking it’s solely deporting overseas nationals who’re responsible of homicide, rape and different very severe offences.

‘This is clearly not the case. Take the example of a young black boy who came to the UK aged five and is now being deported after serving time for a drugs offence.’

If there was a case of a younger white boy with blonde hair, who later dabbled in class A medicine and conspired with a good friend to beat up a journalist, would they deport that boy?

To groans from the Tory benches, Mr Corbyn added: ‘If there was a case of a younger white boy with blond hair who later dabbled in class A medicine and conspired with a good friend to beat up a journalist, would he deport that boy?

Mr Corbyn had confronted criticism throughout the election marketing campaign for refusing to make private assaults on Mr Johnson, insisting that he would chorus from low blows.

But right now’s intervention appeared to take a special tone, as he referred to repeated allegations of Mr Johnson taking cocaine and a recording of a telephone name together with his good friend Darius Guppy, in which they talk about giving journalist Stuart Collier a ‘couple of black eyes’ and a ‘cracked rib’.

The PM responded: ‘I believe fairly frankly that Mr Corbyn demeans himself and by the way in which besmirches the fame of the Windrush era who got here to this nation to work in our public companies, to show our kids in this nation, to make lives higher for folks in this nation.

‘He has no right to conflate them with those foreign national offenders that we are deporting today.’ 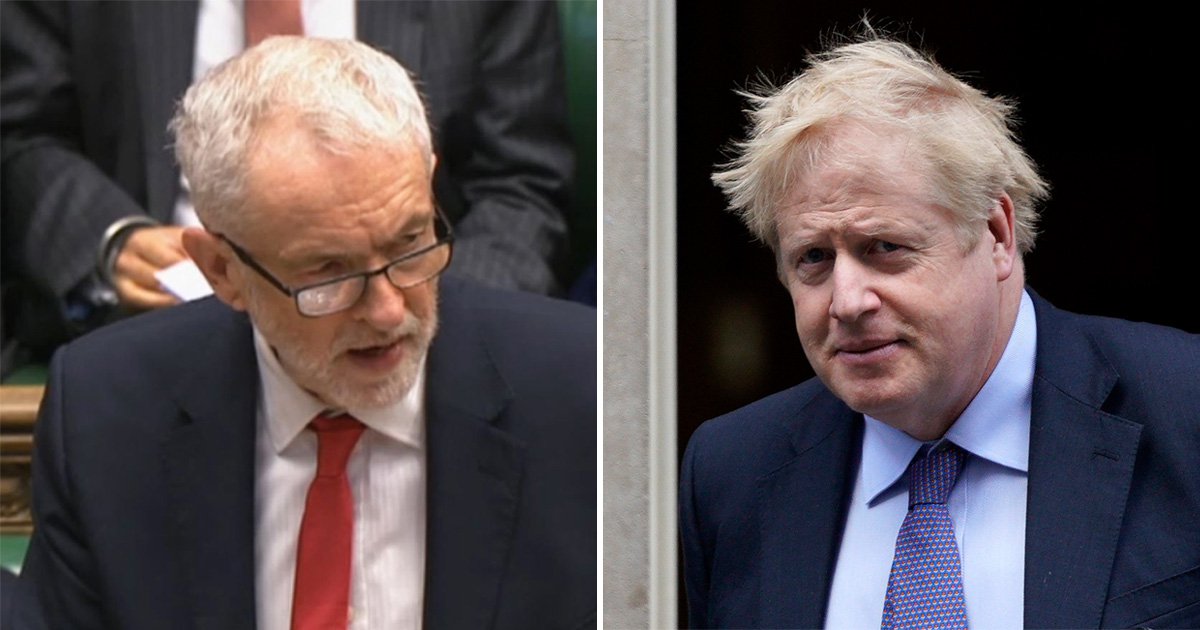