Laurence Fox has vowed to ban Covid passports and face masks in schools if he is elected as London mayor.

The former actor said he wanted to ‘stop the child abuse’ and remove compulsory face coverings for pupils in the classroom at the launch of his manifesto today.

Mr Fox would not actually have the power to overturn national coronavirus laws if he wins the mayoral race.

The 42-year-old is standing as a candidate for the Reclaim Party that he set up last year to fight the ‘culture wars’ taking place in Britain.

As well as removing mask mandates, his policies include abolishing lockdown from the date of the election on May 6, scrapping low-traffic neighbourhoods and getting rid of ‘unnecessary’ cycle lanes.

The founder of the Reclaim Party also vowed to defund any schools or institutions ‘that seek to undermine our shared culture through critical social justice or critical race theory’.

When asked how he was going to implement these policies he said: ‘It’s common sense.

Mr Fox used the launch of his manifesto to defend his right to call people ‘paedophiles’ on Twitter, citing free speech and claiming it is just a ‘meaningless and baseless’ insult.

He used the same word against Ms Thorp in a different thread.

Following a speech to unveil his party’s manifesto, the Lewis actor claimed he was unaware of the defamation case, which was filed at the High Court on April 1.

During the incident last year, Mr Fox said he would be boycotting Sainsbury’s, accusing it of promoting ‘racial segregation and discrimination’.

A spokesman for Patron Law, which is representing the three claimants, confirmed that proceedings had been issued at the High Court in London and said the firm would not be commenting further at this time.

In his speech in front of the statue of Sir Winston Churchill in Parliament Square in London, Mr Fox said: ‘A year ago we lent our government our liberty for three short weeks to flatten the curve and now, a year on, they refuse to give back what never belonged to them in the first place.’

He claimed there is ‘no reason’ we are being kept in lockdown, despite warnings from scientists that easing measures before the bulk of the population is vaccinated risks a third wave.

He went on: ‘We have been manipulated, frightened and outright lied to by this government, who instead of trusting us to get on with our lives are now flirting with even more authoritarian measures.

‘London will be a Covid passport-free city. There will be no mask mandate in London. Children will not have to wear masks in school.’

Other pledges included a Union Flag flying outside every school and ‘taking the politics out of policing’.

‘Police will police streets and not tweets,’ he said.

He also promised to build 250,000 new homes and conduct a ‘full audit’ of green belt land.

‘Precious landscapes (will be) preserved for eternity and unattractive scrubland (will be) transformed into beautiful and affordable housing,’ he said.

Reclaim has also promised free transport on all London bus and tube services for six months from the election, something critics say would bankrupt the network.

In a statement, Reclaim said: ‘On paper, free fares would cost around £500 million, but the real cost would be much lower or non-existent because of the boost to the London economy and the resultant surge in tax revenues.’ 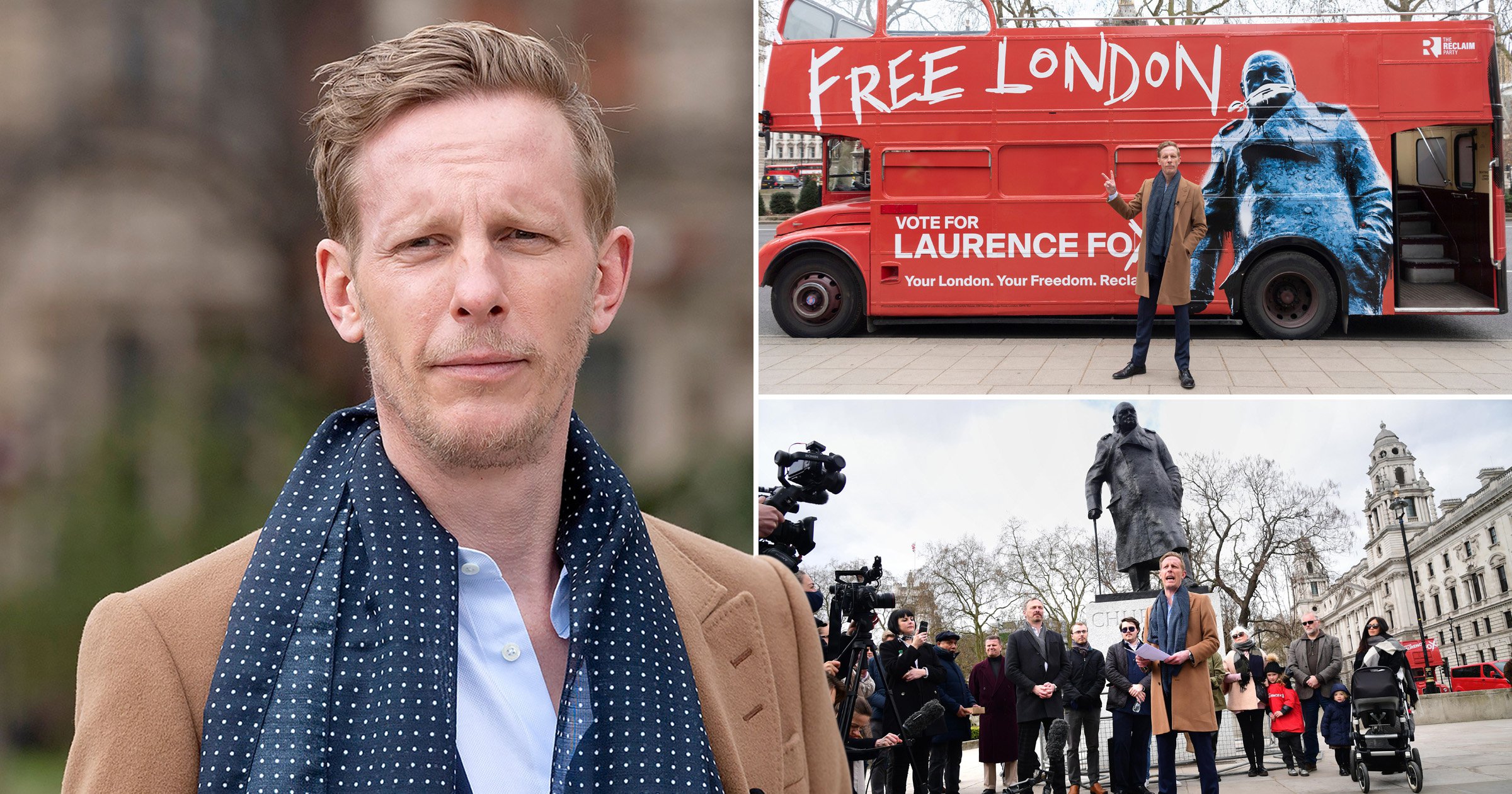