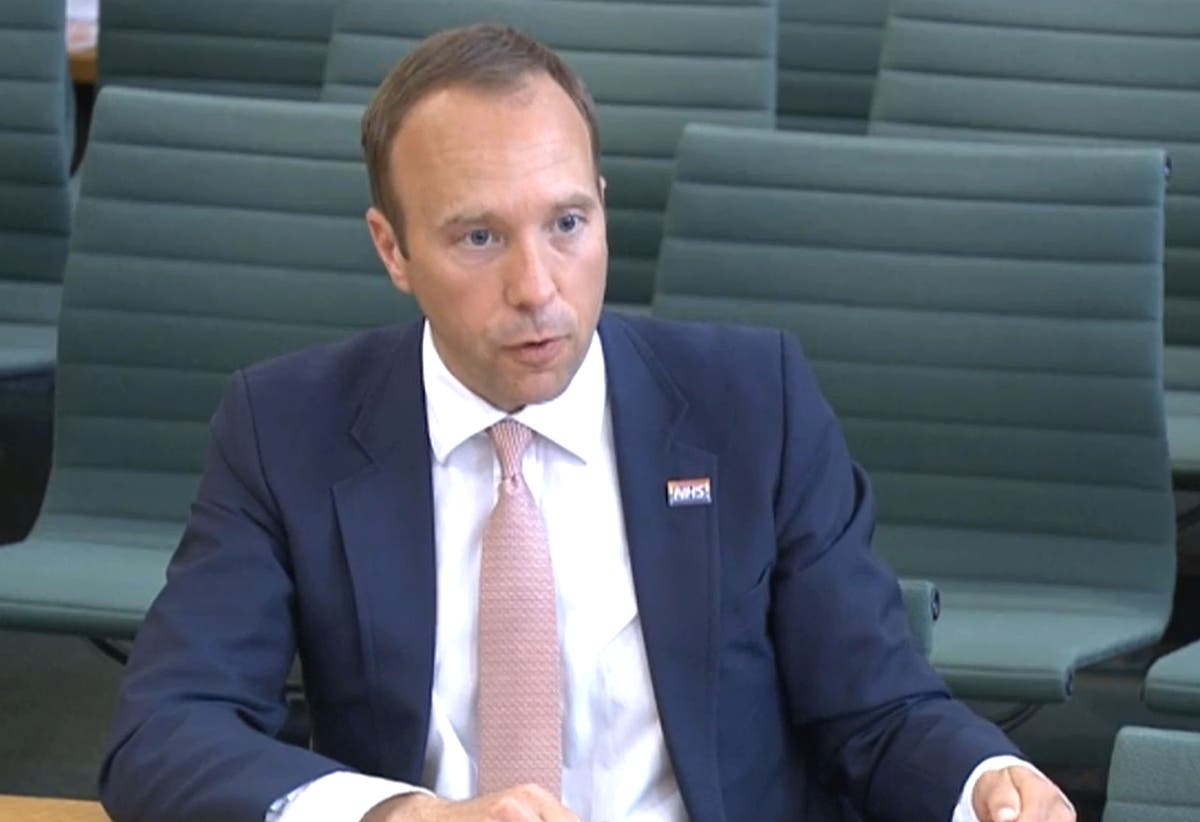 He said the Government “tried to” put a protective ring around care homes but claimed he had “extremely limited” powers at the start of pandemic.

He also said his department did not have a list elderly care homes.

Critics pointed out that regulator, the Care Quality Commission, has a publicly available directory on its website that lists all care homes in England. Local authorities also have lists.

Charlie Williams from Covid 19 Bereaved Families For Justice said it was “hard to comprehend” why they could not access a list, adding: “The handling of the pandemic seems to be marked by a lack of communication between departments, policy makers and sector leaders.”

Shadow communities and local government secretary Steve Reed said it was an “astonishing” admission from the Health Secretary who should have had the information “at his fingertips”.

He added: “Yet again Matt Hancock is attempting to pass the buck to councils and government officials in order to deflect from his own failure to protect care home residents.”

The huge death toll in care homes during the first wave has emerged as one of the key mistakes the public inquiry will look at.

Mr Hancock told MPs yesterday: “I am Secretary of State for Health and Social Care. Yet at the start of this pandemic, the powers I had over social care were extremely limited.

“We didn’t have the data. When I first asked for a list of all of the elderly care homes – we didn’t have one. Which I find totally extraordinary saying – but it’s true.

“We simply didn’t have the levers and we had to invent a whole series of them. We now have far better data.”

The Health Secretary also said the deaths in care homes “weighs heavily on me and always will”.

He said a decision not to prioritise tests for patients being discharged into care homes was partly taken on advice that testing people without symptoms would produce false negatives.

It comes after the Prime Minister’s former senior aide Dominic Cummings said claims the Government put a protective shield around care homes at the start of the pandemic were “complete nonsense”.

The Department for Health has been contacted for comment.

During his evidence the Health Secretary stressed they put in funding and made sure PPE was “as available as possible” by building a distribution system. He said they set out their first guidance for care homes on February 25, weekly staff testing in July and most recently made care homes a “top priority” for vaccinations.