Boris Johnson and Jeremy Corbyn have clashed over peace deals, human rights and the climate crisis in the final Prime Minister’s Questions before Britain leaves the EU.

Mr Corbyn was met with a wall of cheers from the opposition benches when he mentioned the UK’s impending exit this Friday.

The Labour leader said one of the biggest tests for post-Brexit Britain will be on climate change and asked the prime minister if he felt it was right to be financing oil and gas projects around the world.

Mr Johnson responded by saying Britain has already recently banned the use of UK funding to pay for mining or burning coal in developing nations.

The two leaders argued further on the climate crisis as well as global peace and human rights offences.

After taking repeated swipes at the PM over his close alliance and support for US president Donald Trump, Mr Corbyn was forced to defend his own ‘support of regimes in Iran’.

The Labour leader – who will be replaced this year after a disastrous December election result – hit back: ‘I condemn human rights abuses in every country around the world, including Iran, Russia and everywhere else they occur.’

He went on: ‘Britain is at a cross-roads, Britain’s place in the world is going to change.’

He accused the government of ‘sacrificing’ the country and the NHS for a ‘sellout deal with Mr Trump’.

He then urged Mr Johnson, after leaving the EU, to ‘work with our global partners to tackle climate change, expand trade’ and ‘fight human rights abuses’.

The prime minister accused Mr Corbyn of being a threat to national security as he has ‘stood up, not just for Tehran, but for Putin when he poisoned people in Britain’.

To cheers from his backbenches, Mr Johnson said: ‘This is a government that is leading the world in tackling abuses, championing the struggle against climate change and leading the fight that every single girl in the world should have access to education for 12 years.’

He added: ‘We are also – if I hadn’t mentioned it already – going to deliver on our promises and take us out of the EU, despite all the efforts of those on the opposite benches, on Friday.’ 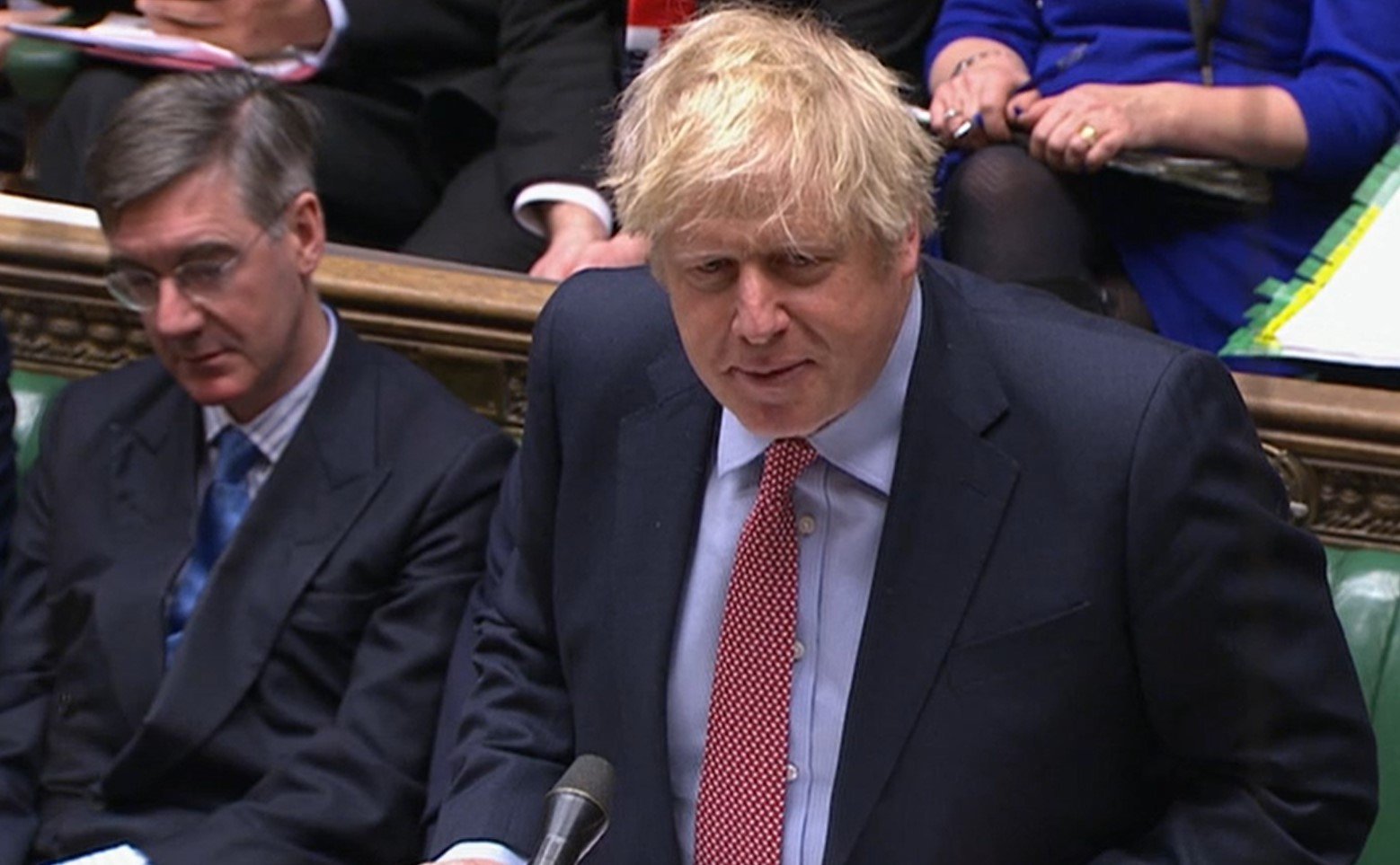