Two newly-elected female black MPs have called out racist behaviour in Parliament after being mistaken for someone else and asked to hold a Tory MP’s bag in the commons.

Labour’s Abena Oppong-Asare was voted in to represent the constituency of Erith and Thamesmead, in south-east outer London, in December’s General Election.

But barely a month into her new role, Ms Oppong-Asare said a Tory MP gave her his bag to take care of assuming she was not a fellow parliamentary official.

Just a week after she was voted in, Ms Oppong-Asare said she had to correct someone else for confusing her with another black MP, to which the person shockingly said: ‘Wow there are more of you’.

Despite being mistaken for someone else once again, the MP joked: ‘I might need to write my name on my forehead’.

Florence Eshalomi, who too was newly voted in last December to represent the south London consitutency of Vauxhall, shared her own similar experiences in Parliament.

Ms Oppong-Asare wrote on Twitter: ‘The other day I was outside @HouseofCommons chamber talking to @DrRosena and one of the Tory MPs walked straight to me to put his bag in mu hands asking me to look after it #ThisIsWhyRepresenationMatters [sic]’.

‘In my first week someone came up to me confusing me with another black MP. I said no I’m the other black sista from Erith and Thamesmead Labour. He raised he eyebrows and said wow there more of you [sic],’ she continued.

‘Last week another MP from another party came over to chat to me about a convo we had before Xmas. I realised a few mins in she got me confused with another #BlackSista…

‘I’m thinking I might need to write my name on my forehead as I think some people are really struggling to tell the difference’.

Ms Eshalomi rewteeted her fellow Labour MP, writing: ‘Girl I also got confused for another black sista MP as we were coming out of the voting lobby…… but I have to admit it was by a fellow Labour MP. Guess we all need to wear massive name tags right’.

Their Twitter exchange garnered support from followers, with many saying they should take further action against the ‘ingrained prejudice’ that still exists not only in Parliament, but also society.

Labour leadership candidate, Jess Phillips, responded: ‘Abena you are already making your mark in Parliament as a brilliant force. This experience speaks to so much that is wrong with our parliament and our institutions.

‘You should find the Tory who did it next week and ask them to hold your bag and throw your coat in too!’

Angela Rayner then joined the discussion, commenting: ‘Me and Jess Phillips often have the same problem because we both have an accent despite them being totally different.’

Abena you are already making your mark in Parliament as a brilliant force. This experience speaks to so much that is wrong with our parliament and our institutions. You should find the Tory who did it next week and ask them to hold your bag and throw your coat in too!

But after the MP – who is standing to become deputy Labour leader – received backlash for attempting to compare the experiences, she deleted her tweet.

Ms Rayner said she had done so because her comment had been poorly judged, adding: ‘As I would in no way compare that to my colleagues who are mistaken due to the colour of their skin.’

The comments come after MP Dawn Butler wrote exclusively in Metro.co.uk about her experiences of racism in Parliament.

She recounted how an MP mistook her for a cleaner in a members only lift and that years previously another MP had physically stopped her at the members only Terrace bar.

But the MP for Brent Central was met with accusations of lying about her experiences from a Liberal Democrat staffer, Steve Wilson, who later apologised.

During a Sky interview, he said: ‘I think part of the Brexit campaign, and part of the undertone of Brexit, from some politicians, Nigel Farage and others, had racism at its core and its heart.

‘They used it as a mechanism to divide our communities, to divide our country.’ He added: ‘How many people of colour woke up on the day after the referendum with a sense of dread because of what had happened?

‘Ultimately our country had chosen to listen to Boris Johnson, someone who has a track record of racist commentary, of giving credence to racism.’ 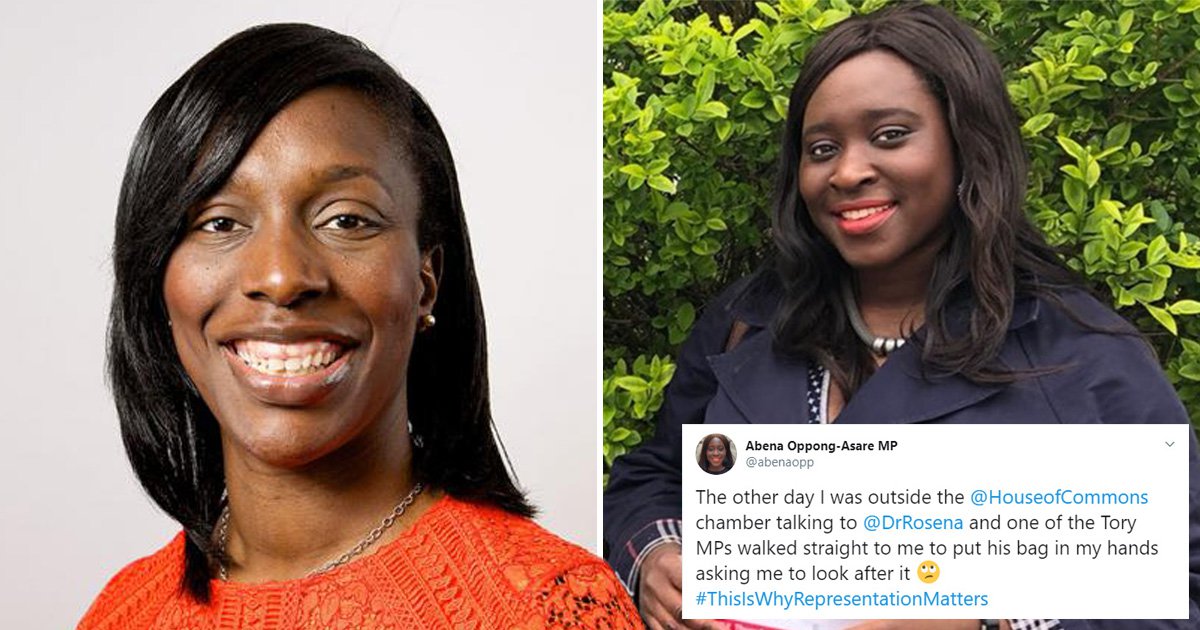