The Government will not give any new money to fund the 3% pay rise for NHS staff in England.

Downing Street confirmed the rise would come out of the health service’s existing budget.

A spokesman for the Prime Minister said: ‘The pay uplift will be funded from within the NHS budget but we are very clear that it will not impact funding already earmarked for the NHS front line.

‘You will already know that we gave the NHS a historical settlement in 2018, which saw its budget rise by £33.9 billion by 2023/24 and we’ve provided £92 billion to support the NHS and social care throughout the pandemic.’

Nurses have hit out at the Government’s ‘pathetic’ offer, and are now considering industrial action to demand more money.

Critical care nurse Niaomi Gordon, 34, who takes home around £26,000 a year, told Metro.co.uk: ‘3% In my opinion, is just a glorified gloaty way of glossing up 1% because it’s 2% higher but in real terms, it’s still another pay restraint. It is not going to affect us with inflation.’

Earlier, the head of NHS Employers, Danny Mortimer, said leaders were concerned about where the money would come from.

He said they were ‘relieved that it’s 3%, not 1%’, but added: ‘The key question is – is the Government going to fund this pay award properly?

‘What we can’t have is a situation where the assumption is that the NHS will make efficiencies, will cut the number of staff or reduce the services it provides to pay for this pay award.’

Shadow health secretary Jonathan Ashworth said: ‘In a sleight of hand Sajid Javid is refusing to back up the £2.2 billion pay settlement with the cash needed, instead expecting overstretched hospitals to find this extra money.

‘The NHS is in a summer crisis with rising Covid admissions, cancer operations cancelled, emergency demand intensifying and ambulance trusts under pressure.

‘The NHS needs a fully-funded plan to provide quality care, and bring ballooning waiting lists down.’

Speaker of the House of Commons, Sir Lindsay Hoyle, also hit out at the Government for its handling of the pay announcement.

Health minister Helen Whately made no mention of pay during her initial speech to MPs yesterday, and would only say the Government was ‘seriously considering’ the issue.

But just a few hours later, a press release was rushed out by the Department of Health.

Sir Lindsay told the Commons: ‘I was far from happy that yesterday the House heard from a health minister giving us an NHS update with no mention at all of the pay deal for NHS, a point of great political interest.

‘I find it hard to believe that any negotiations were still going beyond that time. I’d urge the Government again to ensure the House is the first, not the last, to know.’

Health unions have said they will consult their members regarding industrial action following the ‘insulting’ pay offer.

Nurses, paramedics, consultants, dentists, and salaried GPs come under the new pay deal, which is three times higher than the Government’s initial 1% offer.

Pat Cullen, interim general secretary of the Royal College of Nursing (RCN), said the 3% was far below what was needed by nurses.

She said the pay offer was ‘just short of £20 per week into a nurse’s pay packet’ but added something needed to be done to stop ‘nurses from draining out of the health service’. 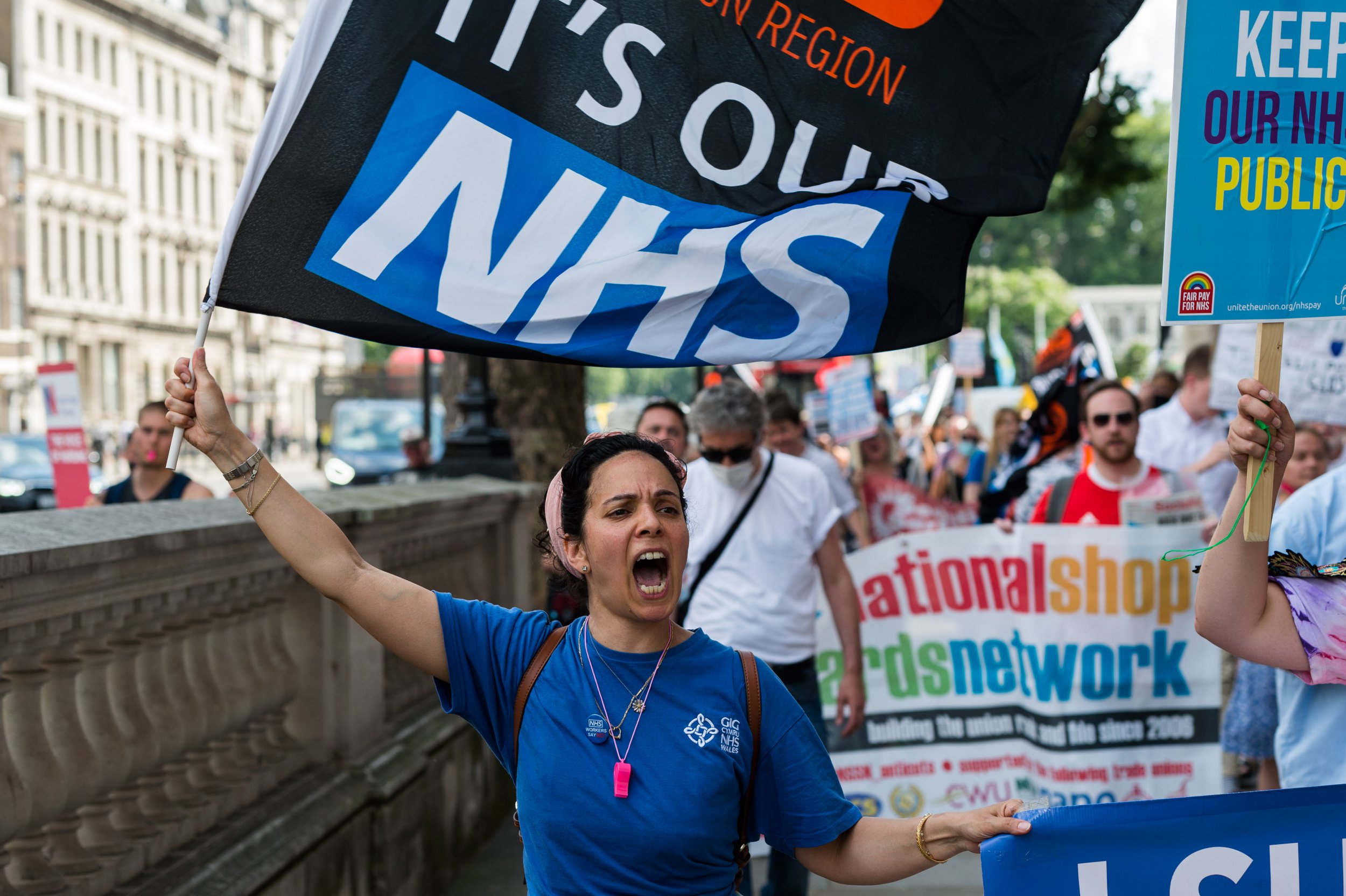