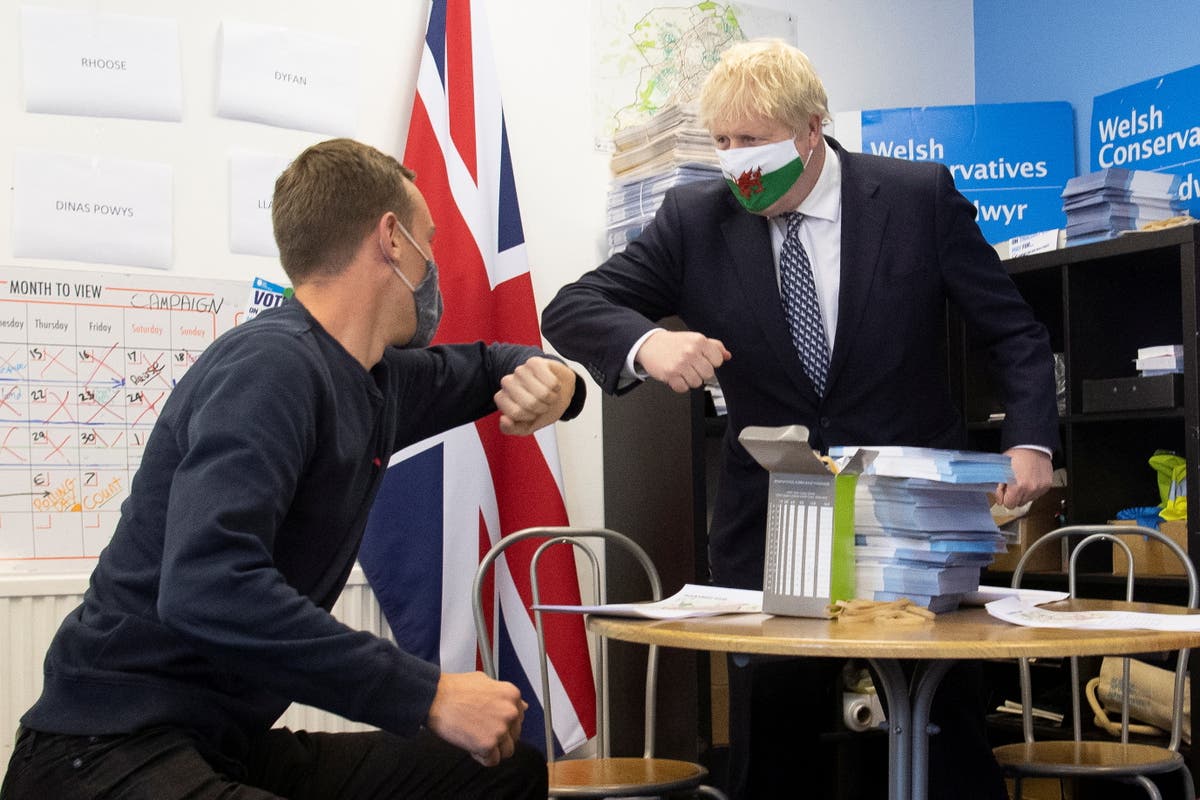 he clock is ticking towards the May 6 elections.

They will show whether the “sleaze” storm engulfing Boris Johnson at Westminster, including his lavish flat refurbishment which is believed to have initally been paid for by a Tory donor, is cutting through to voters, whether the Tories have got a “vaccine boost” and if Brexit is still an issue.

For Sir Keir, a bad night on Thursday will fuel claims that Labour under his leadership is too metropolitan, too London-centric and unable to connect with many voters in the so-called previous “Red Wall” of seats running from the North, through the Midlands down to Wales.

Amid the usual Tory-Labour election clashes, there is also a bigger issue facing the UK, the potential break-up of the union if the Scottish National Party gets its way for a second independence referendum in the wake of Brexit.

And don’t forget there are also local elections in England, with many seats being decided on local issues which often matter more to people than national ones.

Here are the five election battlegrounds on May 6:

Scottish National Party leader Nicola Sturgeon is aiming to win a majority of the 129 seats at Holyrood to gain a mandate for a second independence referendum which threatens to unleash a post-Brexit constitutional crisis for the UK.

With Alex Salmond’s new Alba Party, and the Scottish Greens who also support independence, Ms Sturgeon could gain a “super majority” in favour of quitting the UK which would make it even harder for Boris Johnson to resist a second vote.

A Survation study for ITV’s Good Morning Britain put the Tories 11 points ahead of Labour, though it was a small sample size so is open to more inaccuracy than many other polls.

Sir Keir has not been sounding optimistic about Labour’s chances, stressing he did not expect to be able to turn around in just over a year the party’s fortunes from its 2019 election disaster under Jeremy Corbyn.

* Sadiq Khan is attempting to win a second term as Mayor of London, with 12 other mayoralties and 39 police and crime commissioners posts around the country up for grabs.

Labour contender Mr Khan has faced criticism over his record on crime and housing but polls suggest he is set to beat Tory challenger Shaun Bailey by a comfortable margin.

Londoners will also elect 25 members of the London Assembly whose role includes scrutinising the Mayor’s work.

Thousands of council seats up for grabs

Some 5,000 council seats and more than 140 town halls in England are being contested, with the Conservatives defending the majority of them.

The Tories are expected to lose several hundred but this may still not be seen as a dismal result as parties in power traditionally shed council seats as voters use local elections as a way of voicing their disatisfaction.*

Welsh voters will elect members of the Senedd where Labour has been in power, having won 29 out of 60 seats in 2016 and relying on other smaller parties for a majority.

Labour has run Wales since the Senedd was created in 1999 but is facing a challenge from the Conservatives and other parties, with the question of Welsh independence also an election issue.