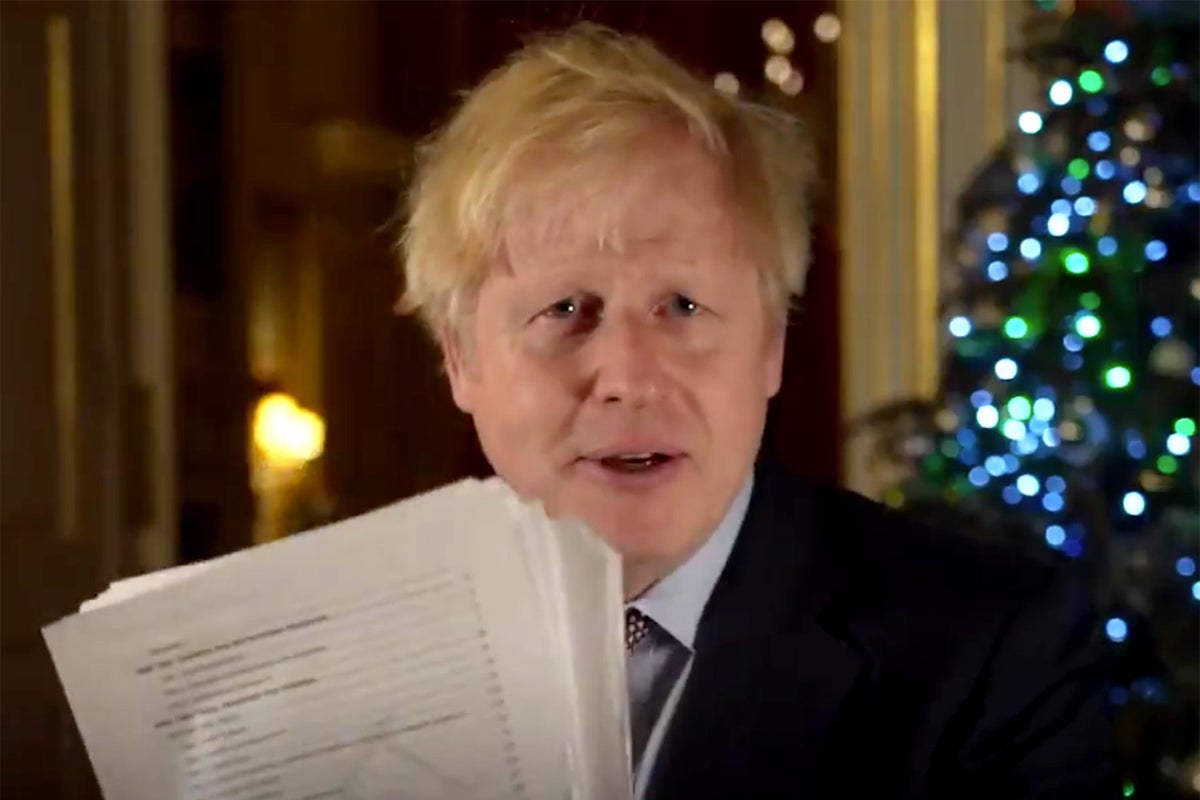 Later, the PM’s spokesman clarified: “The PM has read the deal.”

The historic Brexit deal reshaped Britain’s relationship with the EU and is being blamed for disruption of fishing, red tape and delays at borders. Some even fear that it will lead to eventual breakup of the United Kingdom.

It is not unknown for ministers to skip the effort of reading complicated international agreements.  Kenneth Clarke once scoffed when asked if he had read in full the Maastricht Treaty agreed by the Major government that he was Chancellor in.

Meanwhile Caroline Flint famously admitted to not having read the Lisbon treaty — while serving as Labour’s Europe minister.

Pressed on whether the whole Brexit trade document should be read by ministers, the PM’s spokesman replied: “The Prime Minister and the Cabinet and other ministerial colleagues are fully aware of the deal that we agreed with the EU and you’ve seen their public comments on it since.”

On Christmas eve the PM shared a video in which he brandished a paper copy of the deal, saying: “I have a small present for anyone who may be looking for something to read in that sleepy post-Christmas lunch moment and here it is.” He added: “This is the feast – full of fish by the way.”

Ms Prentis has faced calls to quit after she revealed that she was too busy on Christmas Eve to read the deal.

Number 10 has said the PM is standing by the Department for Environment, Food and Rural Affairs (Defra) minister. She made the admission to the Lords EU Environment Sub-Committee.

Asked if her jaw had dropped when she saw the deal with the EU on Christmas Eve, she replied: “No, the agreement came when we were all very busy on Christmas Eve, in my case organising the local nativity trail.

“We had been waiting and waiting, it looked like it was coming for probably four days before it actually arrived.

“I, for one, had gone through, as I’m sure members of this committee had, a gamut of emotions over those four days.”

The SNP have insisted that the North Oxfordshire MP should stand down after major delays to seafood exports in recent days.

Many Scottish fishermen have had to halt exports after post-Brexit bureaucracy added days to their delivery times and hundreds of pounds to their costs.