Another 341 people have died with coronavirus in the UK, bringing the total official death toll to 54,626.

The latest figures from the Department of Health also show another
19,875 cases of Covid-19 have been confirmed in the latest 24 hour period.

This brings the total number of people who have tested positive since the start of the pandemic to 1,493,383.

It comes as experts studying the second wave of the virus suggested new infections appear to be levelling off after steep rises in October.

Yesterday the Office for National Statistics’ Covid infection study showed daily infections dropped by nearly 9,000 on average in the week to November 14. But the study also showed there is still large regional disparities with cases still on the rise in London and the south east.

The Government’s figures cover deaths in all settings, including the wider community and care homes. Only cases where the patient died within 28 days of a positive test are counted.

Separately NHS England has confirmed the deaths of a further 316 people who tested positive for coronavirus and died in hospital in England.

Patients were aged between 28 and 102. All except five, aged between 64 and 96, had known underlying health conditions. The deaths were between June 3 and November 20.

The Scottish Government has announced 37 more deaths from coronavirus in the past 24 hours as Level 4 restrictions were put in place in 11 local authorities.

Positive cases also rose by 887, increasing the positivity rate to 5.9%.

Areas in west and central Scotland have been placed into Level 4, the toughest level of restrictions, by the Scottish Government due to the higher prevalence of Covid-19.

Non-essential shops, hospitality businesses and tourist attractions have been closed in 11 council areas for at least the next three weeks.

First Minister Nicola Sturgeon has repeatedly said this week that the increased measures were in a bid to lower case numbers to allow the possibility of household mixing over the Christmas period.

A further 10 people with Covid-19 have died in Northern Ireland while another 357 confirmed cases have also been announced.

It comes as the debate continues over what restrictions should be in place in the UK over Christmas.

Boris Johnson is reportedly preparing to announce his ‘winter plan’ on Monday which will include a softening of rules to allow families to meet indoors between December 22 and 28.

Until then however the country will be subject to tiered restrictions again which are expected to be made even tighter than before lockdown.

Opposition leaders and scientists have warned the Government not to let ‘everything loose’ over the festive period and risk the virus running rampant again in the new year. 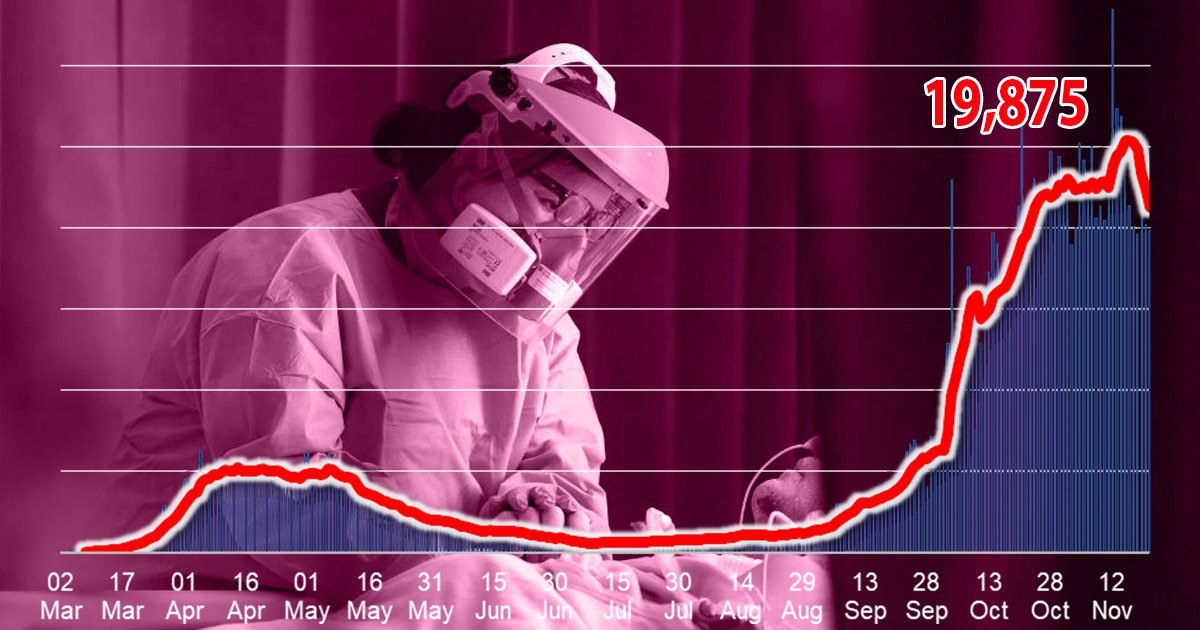