A further 48,682 people have tested positive for Covid-19 in the UK over the last 24 hours, according to the latest data from the Department of Health.

This brings the total number of people who have caught the virus since the start of the pandemic to 3,211,576, according to government figures.

Public Health England confirmed due to a ‘processing issue with deaths data’. today’s fatality toll is delayed and will be published in due course.

Yesterday, the UK confirmed a record of 1,564 deaths – the highest daily toll since the pandemic began.

The number is based on the most up-to-date statistics for people who had Covid-19 recorded on their death certificate, plus deaths known to have occurred more recently.

It is a more comprehensive measure of the death toll than the figures published daily by the government, which include only those who died within 28 days of testing positive.

The government’s overall toll states that so far, 84,767 people have died with Covid-19 since the start of the pandemic.

Updated government data shows Covid-19 infection rates are continuing to increase in half of England, despite a third national lockdown being imposed.

However, some parts of England and Wales are showing a plateau in cases of Covid-19, a senior epidemiologist has said.

Professor Neil Ferguson, whose early modelling of Covid-19 made him a key player in the UK’s first lockdown, said he thought the current wave of the epidemic may be coming under control in some regions.

London in particular was seeing a drop in its number of positive coronavirus tests, alongside the south east and east, he said.

But he said restrictions of some sort could be needed for months until the coronavirus vaccines provide a high level of protection.

Boris Johnson also expressed concern in the Commons yesterday over a new variant of the virus which was found in passengers who had flown from Brazil to Japan on January 2.

He said there remained many questions about the variant, including whether it would be resistant to the vaccines.

The transport secretary has since announced an urgent ban on all travel from South America, Cape Verde, Panama and Portugal amid fears over the strain found in Brazil.

The prime minister highlighted that there are currently about 32,000 Covid in-patients – about 70% more than there were in the peak in April, last year.

Boris Johnson said there is a ‘very substantial risk’ of intensive care units becoming overwhelmed and the strain on NHS staff is ‘colossal’, as he urged the public to keep sticking to the rules.

He said: ‘The pressure is very considerable. If you ask me when do we think that the ICU capacity is likely to be overtopped, I can’t give you a prediction for that,’ he continued.

‘But all I can say is that the risk is very substantial and we have to keep the pressure off the NHS and the only way to do that is to follow the current lockdown.’ 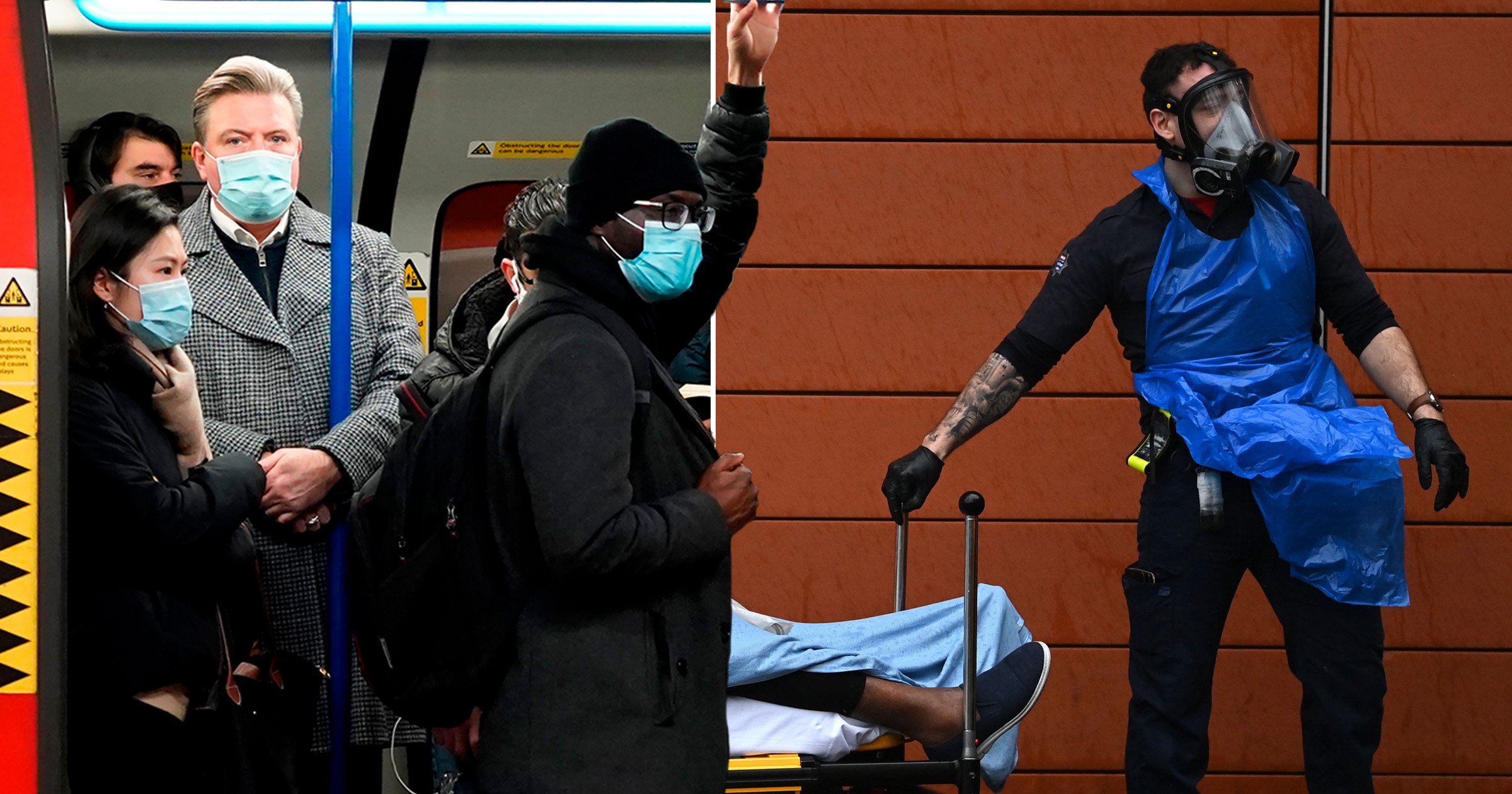