There have been another 53 deaths within 28 days of a positive coronavirus test, with 3,030 new cases.

The latest figures were released by the Department for Health this afternoon, and come as the country has hit six million people to be fully vaccinated with both doses.

The UK’s death toll has now risen to 126,980 according to the Department of Health figures.

Separate figures published by the UK’s statistics agencies show there have been 150,000 deaths registered in the UK where Covid-19 was mentioned on the death certificate.

In England, a further 34 people who tested positive for coronavirus have died in hospital, bringing the total number of confirmed deaths reported in hospitals to 86,510, NHS England said today.

Patients were aged between 54 and 95 and all had known underlying health conditions.

The deaths occurred between December 26 and April 7.

There were 19 other deaths reported with no positive Covid-19 test result.

NHS England also said that some 92% of people classified as clinically extremely vulnerable had received their first dose of coronavirus vaccine by April 4.

The proportion of people aged 16 to 64 in an ‘at-risk group’ or who are unpaid carers to have received a first jab by this date was 78.8%, the data shows.

People are identified as at risk or a carer in a number of ways, including through GP records, those receiving carer’s allowance or on the GP Learning Disability Register, and those identified as unpaid carers by local authorities.

There have been a further 82 cases of coronavirus in Wales, taking the total number of confirmed cases to 210,105.

Public Health Wales reported six further deaths, taking the total in the country since the start of the pandemic to 5,527.

In Scotland, the coronavirus death toll has now passed 10,000.

Figures from the National Records of Scotland (NRS) show 38 deaths relating to Covid-19 were registered between March 29 and April 4, bringing the total number of fatalities up to Sunday to 9,997.

Since then, six deaths have been recorded in the daily figures from Public Health Scotland.

NRS also warned that with fewer registrations than usual this week due to the public holiday on Friday, the actual fatality figure may be even higher.

Speaking during a coronavirus briefing on Thursday, national clinical director Professor Jason Leitch said one coronavirus patient death and 364 positive tests were recorded in the past 24 hours.

In Northern Ireland, there have been two further deaths of people who had previously tested positive for Covid-19, according to the region’s Department of Health.

Another 98 confirmed cases were recorded in the last 24-hour reporting period.

On Thursday morning, there were 102 confirmed Covid-positive inpatients in hospital, of whom 12 were in intensive care. 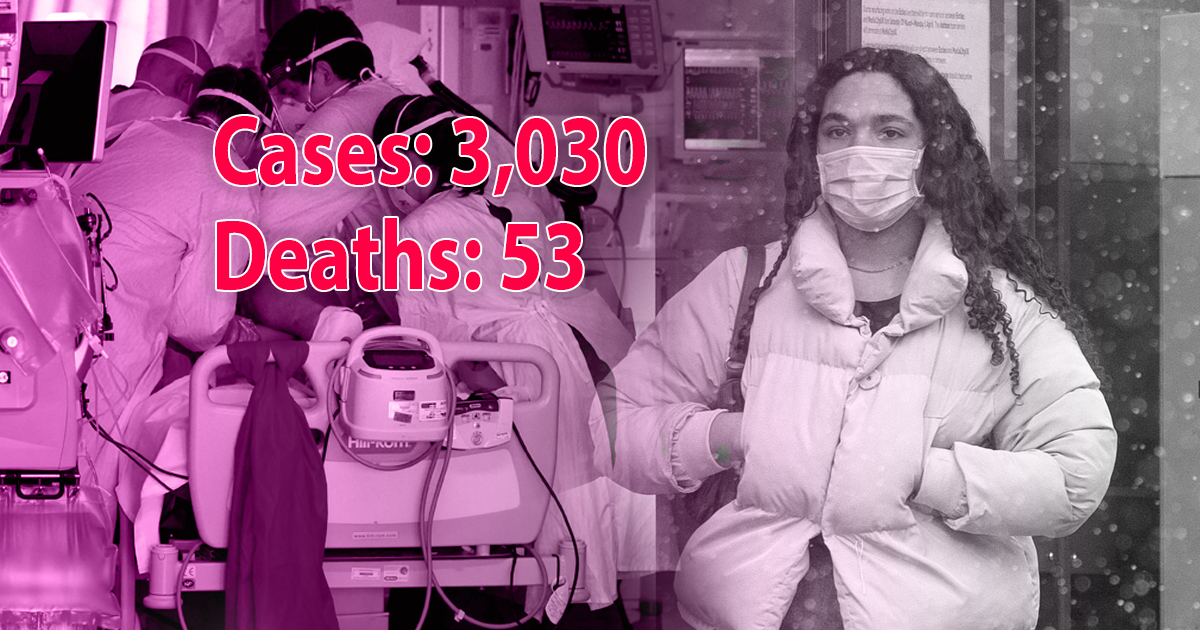