A black father and son on a charity bike ride claim they were grabbed by police officers and threatened with Tasers after being mistaken for stabbing suspects.

Andrew Boateng, 43, said he was cycling along the River Lea in Tottenham, north London, when a plain clothes officer appeared out of nowhere and grabbed his son, Huugo, 13.

Fearing he was being mugged, Huugo said he jumped into a thorny bush but was wrestled to the ground and threatened with a Taser.

‘He was crazy angry and shouting,’ Huugo told The Observer. ‘I got scared because I thought he might be mugging me or trying to give me corona so I ran, but there was nowhere to go but in the bushes.’

As Huugo’s father approached he said another officer threatened him with a stun gun and put him in handcuffs.

Mr Boateng told Sky News he ‘felt helpless’ as he lay on his knees in handcuffs, not able to reach out to his son who was also handcuffed on the ground.

He said: ‘I kept repeating: “That’s my son, we’re on a charity bike ride, we haven’t done anything.”

‘I tried to reason with the officer. We were threatened with Tasers even though we weren’t resisting.

‘The officers came at us with high-octane aggression. It was extremely unnecessary.’

The football coach, who also works at City University, said officers told them they matched the description of two suspects wanted in connection with a stabbing in a park nearby.

He said the incident on June 4 was made all the more humiliating as it was in full view of other people on the busy towpath.

The father now fears about the long-term effect it will have on his young son, who suffered lacerations to his face and bruises on his legs.

He added that two apologetic community officers visited the family later that day and told them they would investigate what happened.

Mr Boateng has filed a complaint against the ‘aggressive and unnecessary’ police action.

Police are now facing calls to undergo unconscious bias training, as borough commander Treena Fleming said the force is ‘keen to maximise any learning that comes from this’.

In a statement, the Metropolitan Police said: ‘The Met has received a complaint from a member of the public in relation to this incident. The Met takes all complaints seriously and this will be thoroughly investigated.’ 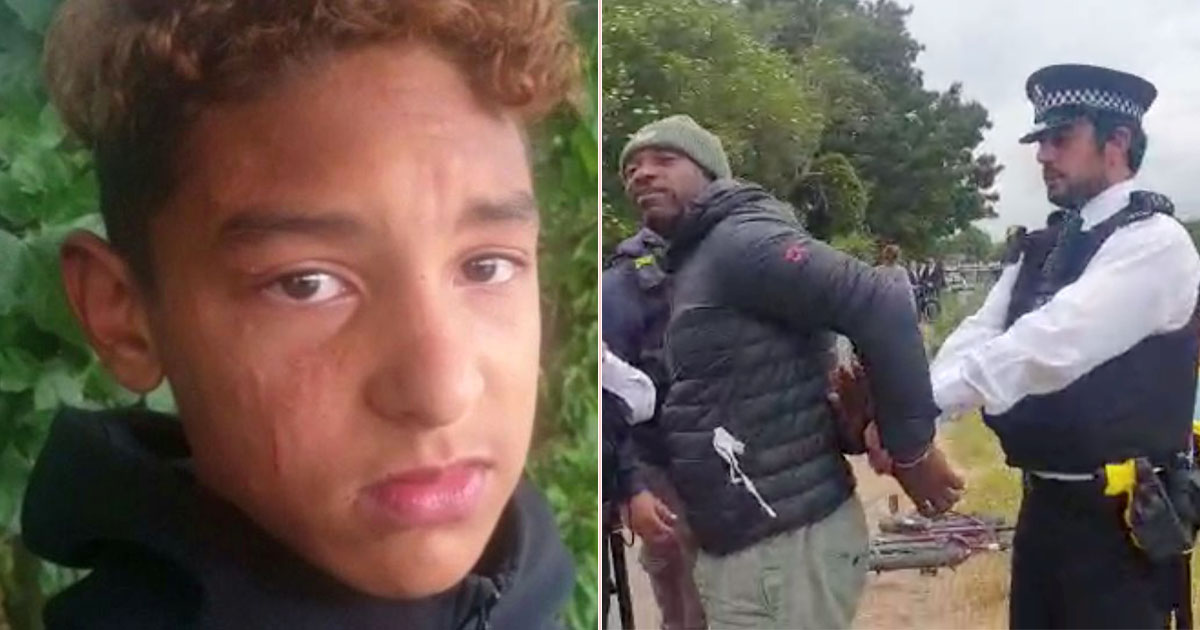