The Prime Minister has been given a grilling for telling seaside towns to ‘show some guts’ days before a major incident was declared at a packed Bournemouth Beach.

Boris Johnson was also accused of being too slow to act on a surge of coronavirus cases in Leicester due to ‘lost’ data, meaning the city has now been put on the UK’s first local lockdown.

‘An example of this, last week the Member for Hove (Peter Kyle) asked the Prime Minister how can seaside towns be expected to cope with likely influx of visitors to beaches and parks during the hot weather?

‘The Prime Minister replied, show some guts. Two days later Bournemouth beach was closed with 500,000 visitors, a major incident was declared. Does the Prime Minister now regret being so flippant?’

Johnson replied that he was making it ‘absolutely clear that as we go forward with our plan, our cautious plan for opening up the economy, it is very, very important that people who do represent seaside communities, places where UK tourists will want to go, should be as welcoming as they can possibly be’.

He added: ‘But it is also vital that people have to behave responsibly and that is why the scenes in Bournemouth were completely unacceptable and that is why we stick to the advice that we have given.’

Sir Keir said the issue of packed tourist beauty spots is a ‘concern’ with a nationwide lifting of lockdown restrictions in England this weekend ‘without an app, without clear data for local authorities of the world-beating system we were promised’.

He added: ‘I support the easing of restrictions but unlike the Prime Minister, I’m not blind to the risks and I don’t think anybody else should be. Of the 22,000 new cases of Covid infections per week in mid June, just 5,000 were reached and asked to provide details. So now three quarters of people with Covid-19 are not being reached. How does the Prime Minister explain that?’

Johnson replied: ‘As he knows very well the test, track and trace operation is actually reaching huge numbers of people and causing them to self-isolate in ways I don’t think he conceivably could have expected a month ago when this system was set up.

Sir Keir also asked the PM why the Government was ‘so slow to act’ to implement a lockdown in Leicester after it knew of a spike in virus cases.

He told the Commons: ‘At the daily press conference on June 18 the Health Secretary said “there’s an outbreak of Covid-19 right now in parts of Leicester”.

‘Yet it was only on Monday evening this week that the Government introduced restrictions. That’s a delay of 11 days during which the virus was spreading in Leicester.’

Johnson responded: ‘The Government first took notice and acted on what was going on in Leicester on the 8th of June because we could see that there was an issue there.

‘We sent mobile testing units shortly thereafter, we engaged actively with the authorities in Leicester, with public health in Leicester with everybody responsible in Leicester in the way that we have done with other areas that have had similar issues.

‘Unfortunately in Leicester it did not prove possible to get the results that we have seen elsewhere so on Monday we took the decision, which I hope the Right Honourable Gentleman approves of, to go into lockdown in Leicester.

‘I’ve been absolutely clear with the House and with the country that we are going forward, we’ve made huge progress, but where necessary we will put on the brakes, we acted decisively and I think it was the right thing to do.’ 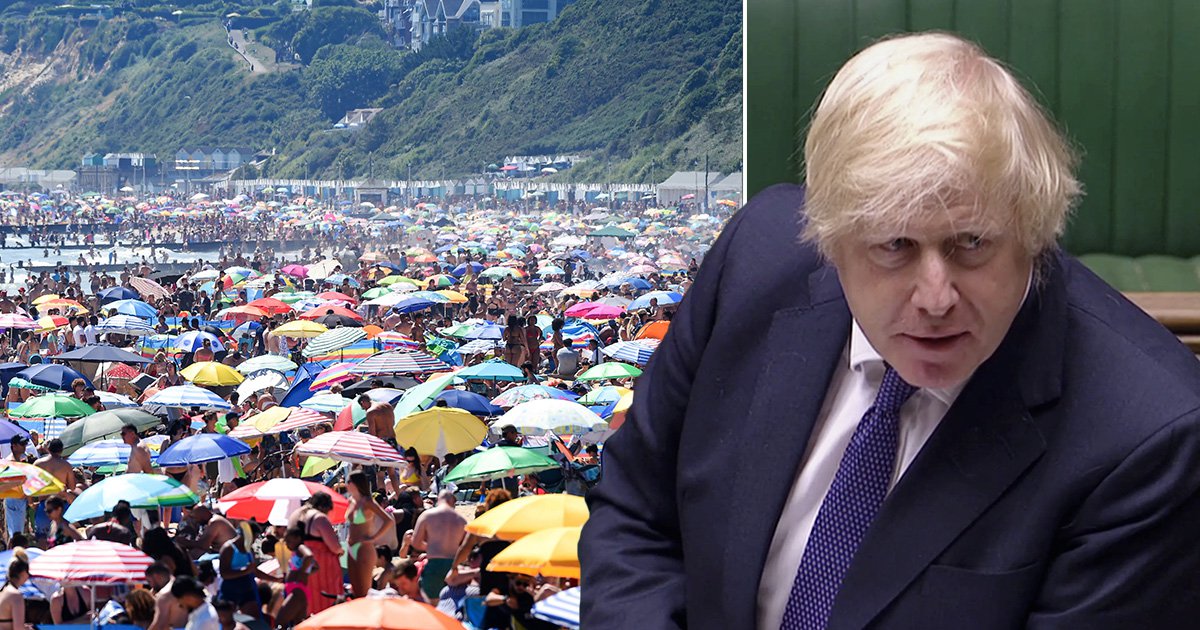