A British terrorist last night pleaded guilty in a US court to being part of a group that abducted, beat, and beheaded western hostages for the so-called Islamic State.

Alexander Kotey, 37, admitted being one of a gang of four Isis militants nicknamed ‘the Beatles’ by their captives due to their English accents.

The cell – made up of ringleader Mohammed Emwazi, known as Jihadi John, Aine Davis, Kotey, and said to include El Shafee Elsheikh – were responsible for the brutal killings of several Western and Japanese captives, including Britons Alan Henning and David Haines.

The slayings sparked outrage and revulsion around the world after being broadcast in graphic detail.

Kotey, who grew up in London, dramatically changed his plea at the US District Court in Alexandria, Virginia, on Thursday and admitted eight charges.

Diane Foley, mother of slain US hostage James Foley, said it was ‘chilling’ being in court with Kotey, and urged the Briton to give up information about the Beatles’ atrocities.

She told the Today programme on BBC Radio 4: ‘I didn’t get any indication he’s interested in (making amends) but I hope in time he might, just because the extent of the evil he has committed is – I just don’t know how any soul could live with all that.

‘All of us would like to know where the remains of our children are.’

In a prepared summary, Kotey said he left the UK for Syria in August 2012 alongside Emwazi to ‘engage in the military fight against the Syrian army forces of President Bashar Assad’.

He said he held ‘the belief and understanding that the Islamic concept of armed jihad was a valid and legitimate cause and means by which a Muslim defends his fellow Muslim against injustice’.

Kotey admitted his role in capturing hostages and said when his involvement in that came to an end, he worked in the terror group’s recruitment division, as a sniper and in its ‘English media department’.

While working for Isis, he said he encountered Mr Henning, Mr Haines and John Cantlie, a British war correspondent who disappeared in 2012 and who remains missing.

He told the court: ‘Upon the orders of the Islamic State senior leadership, I, along with others, opened up channels of negotiation with the authorities, families and representatives of those captured and held by the Islamic State.’

Kotey went on: ‘This involved me visiting the detention facilities where the foreign captives were being held and interacting with them in every capacity that would further the prospects of our negotiation demands being met.’

He said his job would be to ‘extract’ contact details for loved ones of those taken hostage.

The terrorists would then demand the release of Islamic prisoners held by the West or large sums of money in return for the hostages’ freedom.

Kotey said: ‘I had no doubt that any failure of those foreign governments to comply with our demands would ultimately result in the indefinite detention of those foreign captives or their executions.’

He said he was not physically present at any of the killings of the Western captives.

Kotey was captured alongside Elsheikh in Syria in 2018 by the US-supported Syrian Democratic Forces while trying to escape to Turkey.

Details of Kotey’s plea agreement were read out in court, revealing the Briton has agreed to fully co-operate with the US and all foreign governments.

He will provide all relevant documents, meet with victims’ families if they wish to do so and voluntarily submit to a lie detector test.

However, the terrorist will not be compelled to give evidence in court against co-defendant Elsheikh, the hearing was told.

As part of the plea agreement, Kotey could be transferred to the UK after spending 15 years behind bars in the US to face justice in the country of his birth.

The court was told Kotey would plead guilty in the UK and would likely be handed a life sentence for the deaths of hostages including Mr Henning and Mr Haines.

However, if he is not given a life term, Kotey will then have to complete the life sentence handed down in the US, either in America or in the UK if British authorities allow.

Prosecutor Dennis Fitzpatrick, of the United States Attorney’s Office read out the evidence against Kotey, outlining his role in the atrocities, including subjecting the hostages to brutal treatment.

They were terrorised with mock executions, shocks with tasers, physical restraints and other brutal acts.

Kotey and Elsheikh were brought to the US last year to face charges on the condition they would not be given a death sentence.

While Kotey has now pleaded guilty, there was no update on Elsheikh, who is scheduled to stand trial in January.

Emwazi was killed by a US drone strike in 2015 while Davis is serving a sentence in a Turkish jail.

Former aircraft engineer and humanitarian Mr Haines, 44, from Perth in Scotland, was beheaded in Syria in 2014 after being held prisoner for 18 months.

Cab driver-turned-aid worker Mr Henning, 47, from Lancashire, was also beheaded in 2014 after being captured by extremists in Syria.

Family members of the American victims were in court to hear details of the charges and watch Kotey plead guilty.

Kotey and Elsheikh had taken part in and been arrested during a demonstration outside the US embassy in London in 2011 in support of the 9/11 attacks.

They travelled to Syria the following year.

Kotey will be sentenced on March 4 next year. 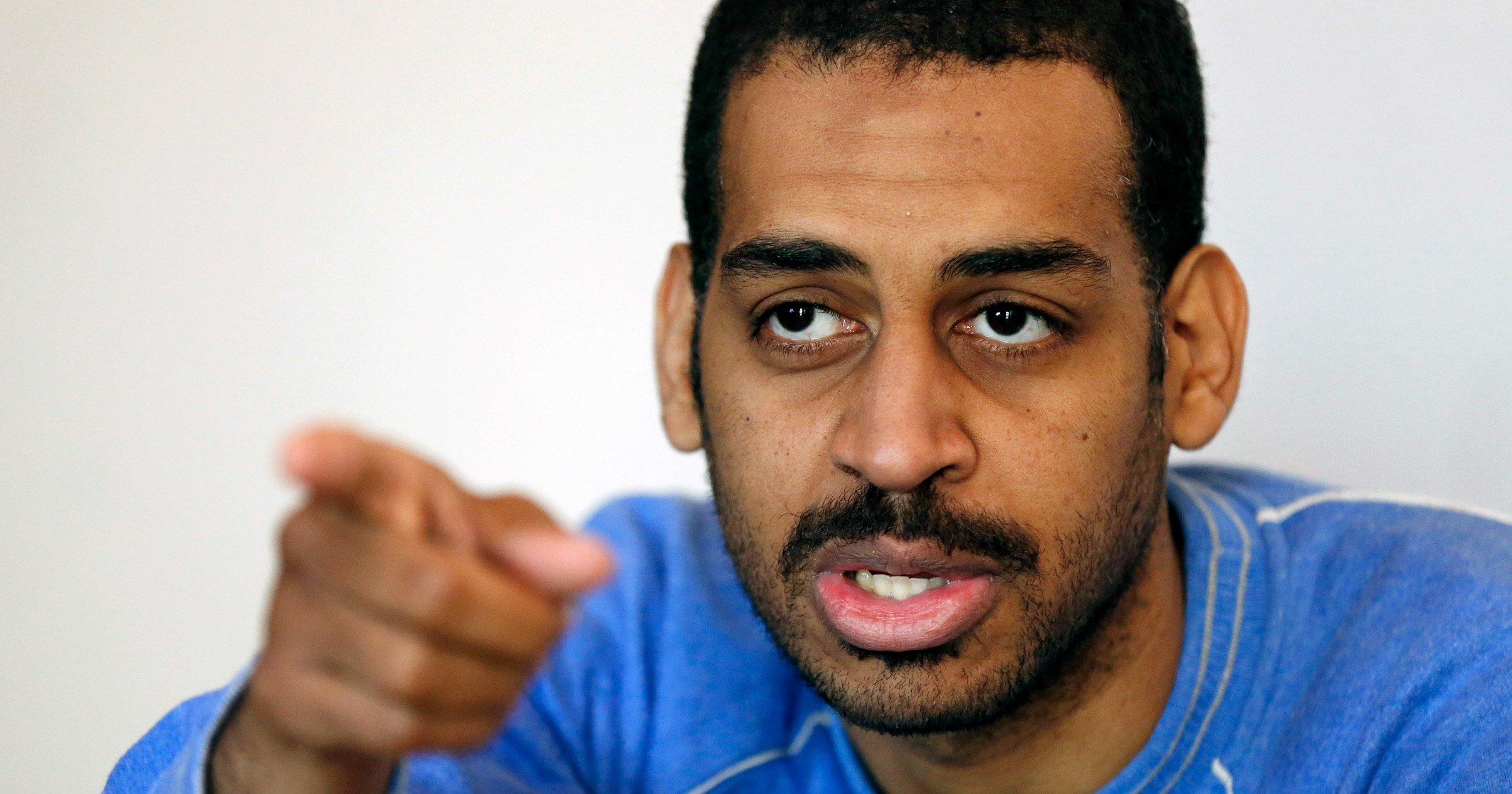