The trial of two former British soldiers accused of murdering an IRA commander almost 50 years ago has collapsed.

The case against the two veterans, identified only as A and C, fell apart when evidence deemed central to the prosecution was ruled inadmissible.

Joe McCann, 24, was unarmed when soldiers opened fire on him in Joy Street in 1972, as he ran from them in a bid to evade capture.

Mr Justice O’Hara ruled on Friday that statements given by the ex-soldiers, who are now in their 70s, could not be admitted.

This material was the only evidence before the court that could be used to prove the soldiers fired at Mr McCann.

Prosecutors confirmed today they were unable to put further evidence forward, meaning the case could not proceed and the defendants would be aquitted.

Mr Justice O’Hara said: ‘In the circumstances Mr A and C I formally find you not guilty of the charge of murder.’

It was the first trial in several years that involved charges against former military personnel who served in the Northern Ireland conflict.

An earlier hearing heard that the evidence implicating the defendants came from two sources – statements they made to the Royal Military Police in 1972 and statements and interview answers they gave to a police legacy unit, the Historical Enquiries Team (HET), in 2010.

The Public Prosecution Service (PPS) accepted that the soldiers’ 1972 statements would be inadmissible in isolation due to a series of deficiencies in how they were taken.

This included the fact the soldiers were ordered to make them, they were not conducted under caution, there was no access to legal representation and the army’s policy of not asking soldiers to provide an explanation or rationale for their actions.

However, prosecutors argued that the information in the 1972 statements became admissible because they were adopted and accepted by the defendants during their engagement with the HET in March 2010.

In his ruling last Friday, Mr Justice O’Hara agreed with the defence contention that none of the evidence should be admitted to the trial. He said it was not legitimate to put the 1972 evidence before the court ‘dressed up and freshened up with a new 2010 cover’.

The judge questioned why the re-examination of the case by the HET did not prompt a fresh investigation by the Police Service of Northern Ireland, with the veterans interviewed under caution for the specific offence of murder.

He suggested that course of action might have made a prosecution more sustainable.

The prosecution was taken after Northern Ireland’s Attorney General referred the case to the Director of Public Prosecutions in 2014 after receiving the findings of the HET report.

A picture of McCann wielding a gun on a Belfast street is one of the most iconic images of the Northern Ireland troubles.

Belfast Crown Court heard the prominent member of the old Official IRA had been responsible for the deaths of 15 British soldiers in Northern Ireland.

His family, who waited nearly 49 years for their day in court only to see the trial collapse in a week, have said they will apply to the Attorney General to open an inquest into his killing.

‘This trial has heard very clear evidence that Joe McCann was murdered by the British Army. He was shot in the back whilst unarmed from a distance of 40m posing no threat. It was easier to arrest him than to murder him.

‘He was murdered because the British Army operated with impunity for their crimes.’ 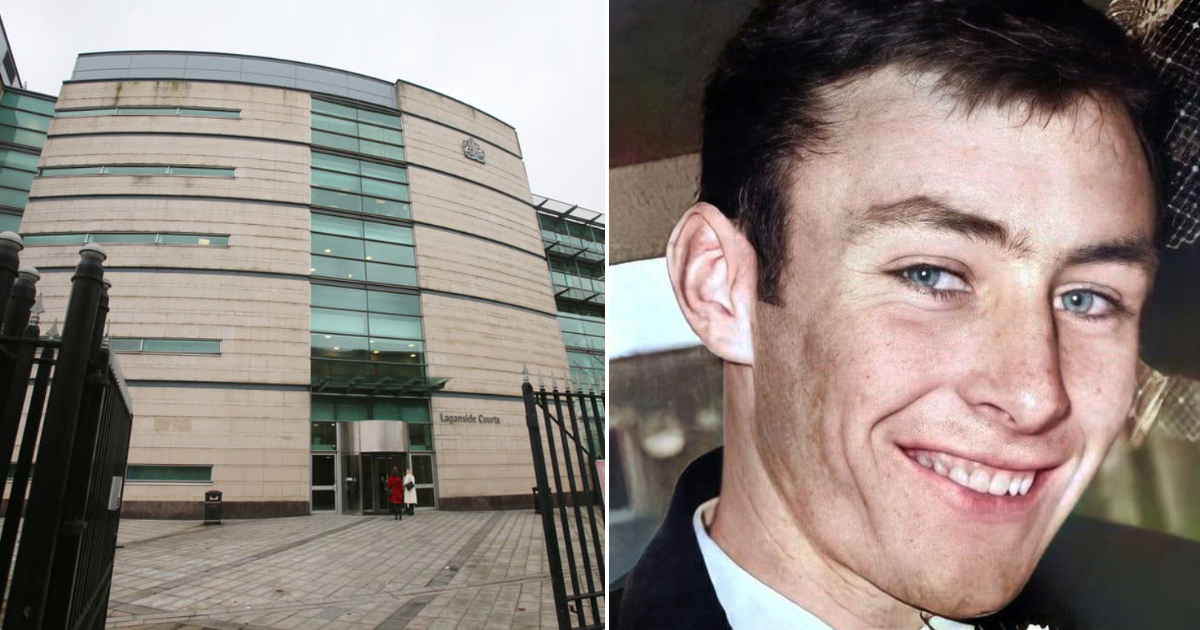