Four education unions have called for an urgent inquiry into the exam results scandal to ‘work out what went wrong’.

The Government was forced to make a U-turn and give students their predicted grades after a controversial algorithm downgraded a third of A-level results.

Some argued this unfairly disadvantaged students from less affluent areas as many missed out on their university places.

‘This year’s process for awarding grades in A-levels, GCSEs and other qualifications has left many young people, parents and teachers with a sense of deep injustice,’ they wrote.

‘It has undermined public confidence and raises questions about governance and oversight within the Department for Education and Ofqual.

‘Parents and taxpayers will quite rightly be asking what went wrong and why.

‘We are asking you to commit to an urgent and independent inquiry into what happened this year in order to understand what went wrong and to learn lessons for the future.’

Despite facing pressure to resign, education secretary Gavin Williamson has remained in his position, while Ofqual chief regulator Sally Collier announced earlier this week that she would quit.

The general secretaries added: ‘We are particularly concerned about the arrangements for examinations in summer 2021 and the fact that there is no contingency plan in the event of further disruption.

‘The overriding priority must be focused on ensuring that there is a robust strategy in place to ensure that young people are not disadvantaged next year.’

The unions have also called for the suspension of school performance tables in 2020-21 academic year if local lockdowns continue.

This information comes as it was reported that Ms Collier will not appear at the Commons Education Select Committee hearing next week when Parliament returns.

The committee is due to question Ofqual over ‘errors made in the process of awarding this summers exam grades and how students who have been adversely impacted are now being supported’.

An Ofqual spokesperson said: ‘Ofqual will ensure there is appropriate representation at the Education Select Committee hearing, where we will be happy to answer any questions the committee has.’ 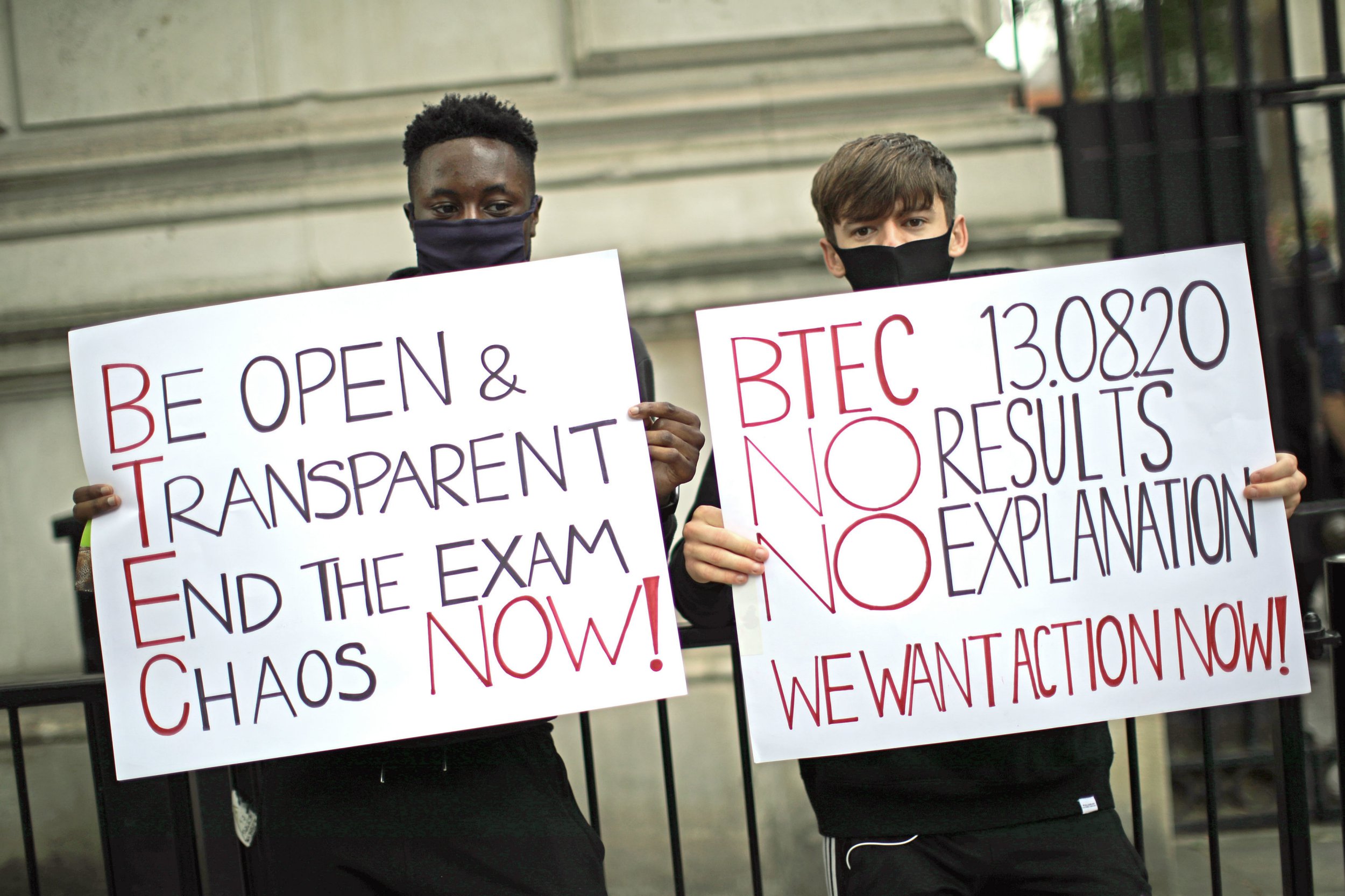