A sleep-deprived and intoxicated motorist indirectly caused the death of a Co-op lorry driver in a fireball motorway crash.

Connor McFarland, who was 21 at the time, was high on drugs and alcohol and had not slept for more than 20 hours when he caused the crash in September last year.

But he was spared jail after Judge Ian Lawrie QC at Gloucester Crown Court was assured the young defendant had ‘learnt his lesson’.

The court heard on Tuesday that after crashing his car on the M5, near Tewkesbury, Gloucestershire, McFarland pushed his Ford Fiesta onto the hard shoulder as an Aldi lorry driver decided to pull in behind to protect him.

But only minutes later a Co-op delivery lorry crashed into the Aldi truck and both HGVs burst into flames.

Co-op driver Tomasz Hass, 37 and of Stroud Road in Bristol, died at the scene from several injuries and burns.

Prosecutor Mandla Ndlovu described the chain of events that lead to the horrific death of Mr Hass.

She told the court that McFarland had called Gloucestershire Police at 5.20am and reported he had crashed his car into a sign.

‘He then activated the hazard warning lights on the HGV and stopped behind the Fiesta to protect the motorist. He also called the emergency services.

‘An off-duty paramedic, who was travelling to work, also assisted and she quickly assessed that McFarland was under the influence of alcohol and/or drugs or both.’

McFarland, of Oldbury Close in Redditch, pleaded guilty to dangerous driving on September 13, 2020 with excess alcohol and a cocaine derivative in his system.

In a statement to police, the now 22-year-old made full admissions and explained that he was staying at the Ibis hotel in Bristol but when he returned, there was not enough room for him and he decided to drive home.

Joe Maloney, defending, said he found it difficult to argue that McFarland’s offending did not cross the custody threshold.

But he pointed out that the defendant had also just completed a three-year apprenticeship in civil engineering and would be attending university in September if he is not sent to jail.

McFarland had also voluntarily referred himself to counselling sessions to try to come to turns with the shock of the incident.

In sentencing, Judge Lawrie said that he is confident that the ‘courts will not see’ McFarland again.

He added: ‘You are a man of good character with a good future ahead of you.

‘You are intelligent – however, you made a poor decision on the morning in question.

‘Most people are entitled to make one monumental mistake in their lives and this was yours.

‘You must appreciate that your actions led to the death of a lorry driver.

‘However, unusually you chose to phone the police to alert them to your collision, which is very extraordinary in situations like this.’

Judge Lawrie banned McFarland from driving for three years and sentenced him to an 18-month community order, with a requirement to do 100 hours of unpaid work. 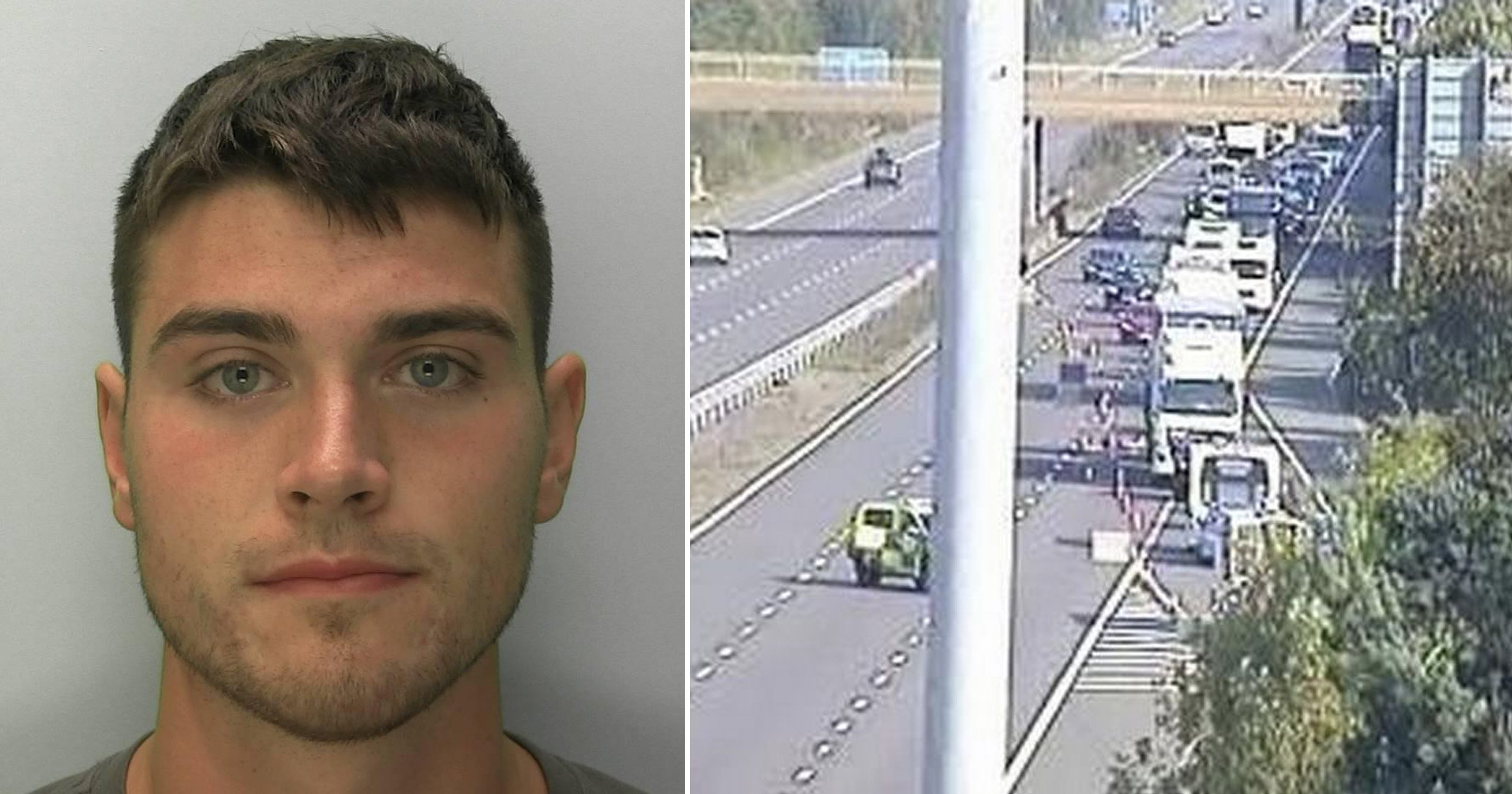