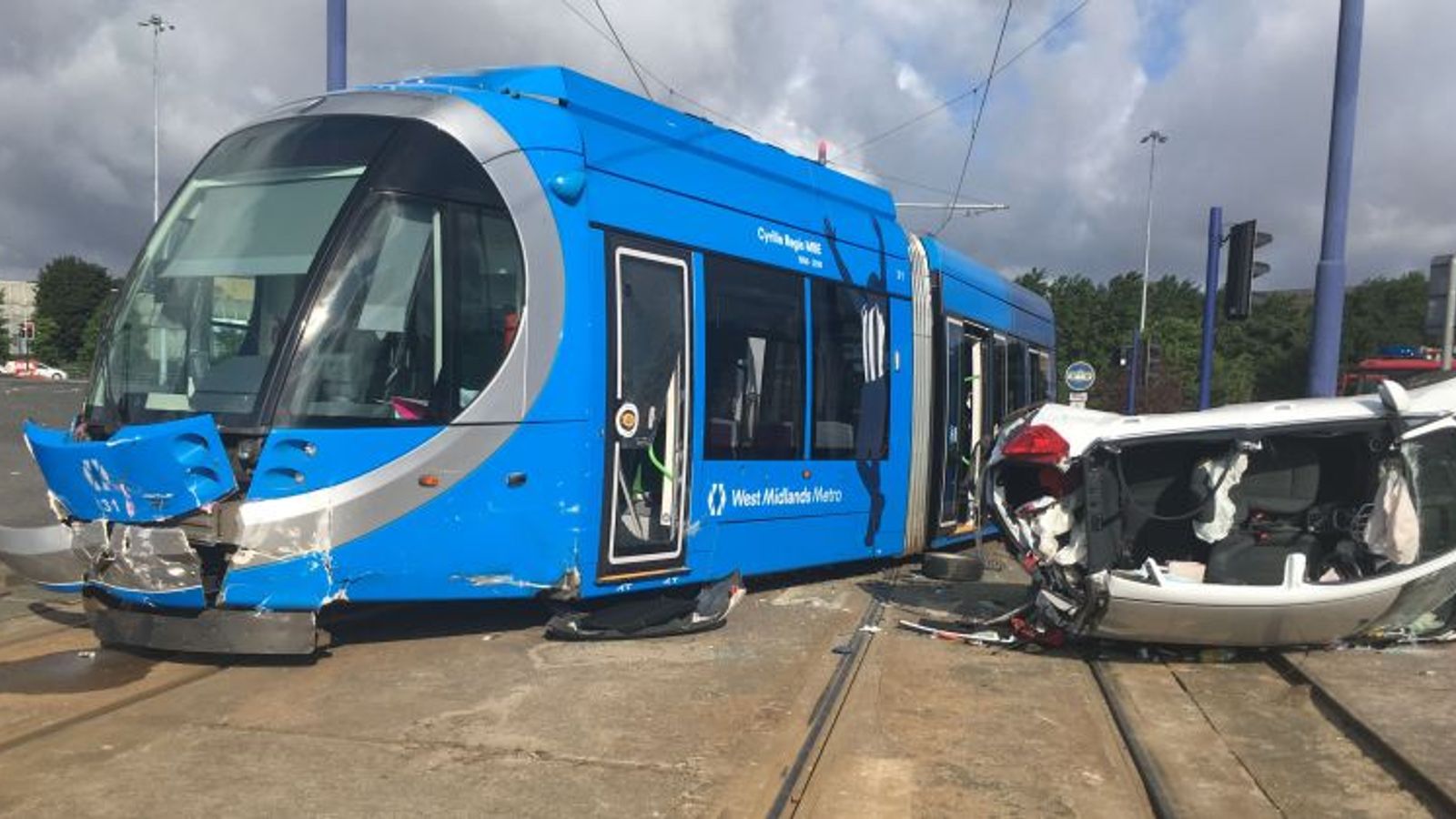 A woman has been treated in hospital after the car she was driving collided with a tram in Wolverhampton, West Midlands Ambulance Service has said.

The woman, who was the only person in the vehicle, had to be cut free through the roof by emergency services before being taken to New Cross Hospital in a stable condition.

Her injuries were “not believed to be serious”.

Four others on the tram, the male driver, one male and two female passengers, were also treated for injuries at the junction of the A41 and A454 in the city centre during Monday’s rush hour.

Pictures of the scene showed a severely damaged white car which had flipped over on to its side, while the front of the tram was damaged and it appeared to have come off its tracks.

“Significant” delays to local traffic are expected for most of the day.

Two ambulances, a senior paramedic and a paramedic officer went to the scene, the ambulance service said in a statement, after it received a call at 8.20am.

“On arrival, crews discovered a car that had overturned following a collision with a tram.

“The driver of the car, a woman, was the only occupant of the vehicle and she had to be cut free through the roof with the help of the fire service.

“She was assessed by ambulance staff and treated for injuries not believed to be serious before being taken to New Cross Hospital in a stable condition.

“There were 29 people on the tram, 25 of whom did not require treatment or assessment. The driver, a man, was treated for minor injuries and discharged at the scene.

“Two women, who were passengers, were treated for the effects of shock, whilst a man, also a passenger, was treated for non-serious injuries. Again, all three were discharged at the scene.”

“The collision has resulted in significant traffic delays in the area which are expected to last for most of the day whilst the vehicles are recovered,” the statement added.