Two males are combating for his or her lives after a spate of stabbings in the space of just two hours in east London yesterday.

The violence began in Barking the place a person was left in a vital situation in hospital after a a number of stabbing at 4.20pm.

Another sufferer was discovered with stab wounds to his palms in Sandringham Road.

Police mentioned they arrested two males on suspicion of tried homicide in reference to the assault.

Less than an hour later at 5pm in Hackney, a person, believed to be in his teenagers, was discovered affected by a stab damage in Brooke Road.

He was rushed to hospital the place he is in a life-threatening situation.

Scotland Yard mentioned no arrests had been made however a Section 60 was issued for your entire borough of Hackney.

The part 60 order permits police to cease and search folks with out suspicion if severe violence has taken place.

The order stays in place till 10am this morning.

Police then mentioned they got here across a struggle between two males in Ilford at 5.44pm.

A person in his 30s suffered stab and slash wounds and was taken to hospital in a ‘life-threatening condition’.

Police arrested a person on suspicion of grievous bodily hurt. He stays in police custody. 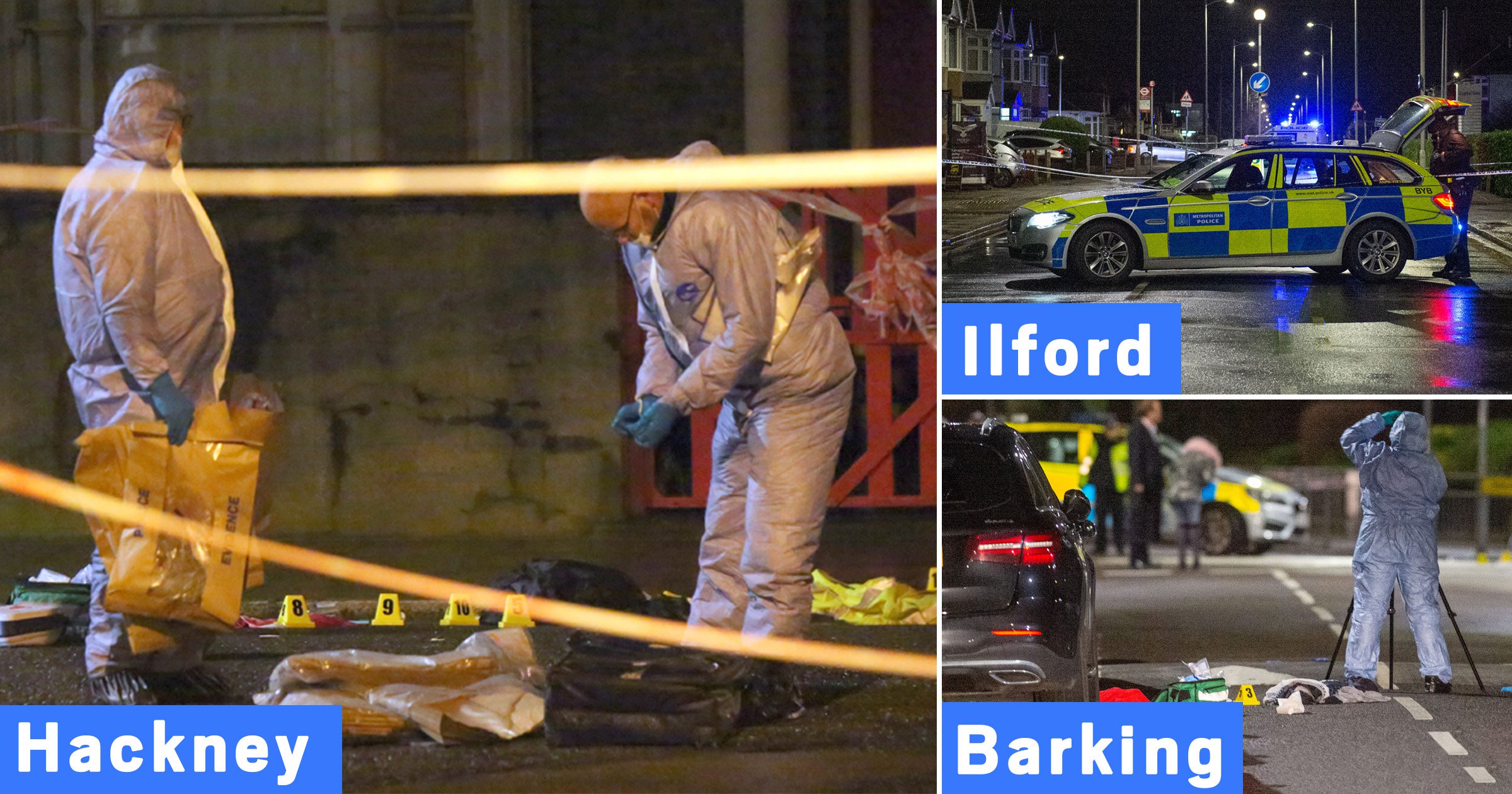