A pensioner was killed after being knocked down by a police car while out buying his morning newspaper.

The 84-year-old grandfather was strolling alone when he was hit by the patrol car on Wednesday morning.

He was struck at 11.15am while strolling on a pedestrian crossing in Wirral, Merseyside, and was rushed to Aintree Hospital with critical accidents.

On Friday, his heartbroken household stated kin have been at his bedside when he died on Thursday afternoon.

He was a husband and a father-of-three and described as a ‘real family man’.

Relatives stated: ‘It is very, very raw for everybody.’

On Wednesday, the incident was referred to the Independent Office for Police Conduct, which is an computerized response because of the police involvement.

It will handle the investigation into the deadly crash.

The police car which struck the pensioner was not responding to an emergency, the Liverpool Echo reported.

Witnesses stated the car had its blue lights flashing, however that doesn’t signify a 999 scenario, and may as a substitute warn of a ‘police presence’.

A mum, who was on the opposite facet of the highway with her five-year-old daughter, stated she noticed the sufferer stood on the crossing on the alternative facet of the pavement.

She yelled ‘stop!’ to attempt to warn him of the incoming car as he ran throughout the pedestrian crossing.

But the police car crashed into him and he hit the entrance windscreen, which was visibly smashed and caved in on the scene.

An enormous emergency response was despatched to the scene, with as much as 13 police automobiles parked up close by.

A spokesperson for Merseyside Police stated after the accident: ‘We can confirm that a police vehicle was involved in an incident with a male pedestrian. The incident happened around 11:15 am.’ 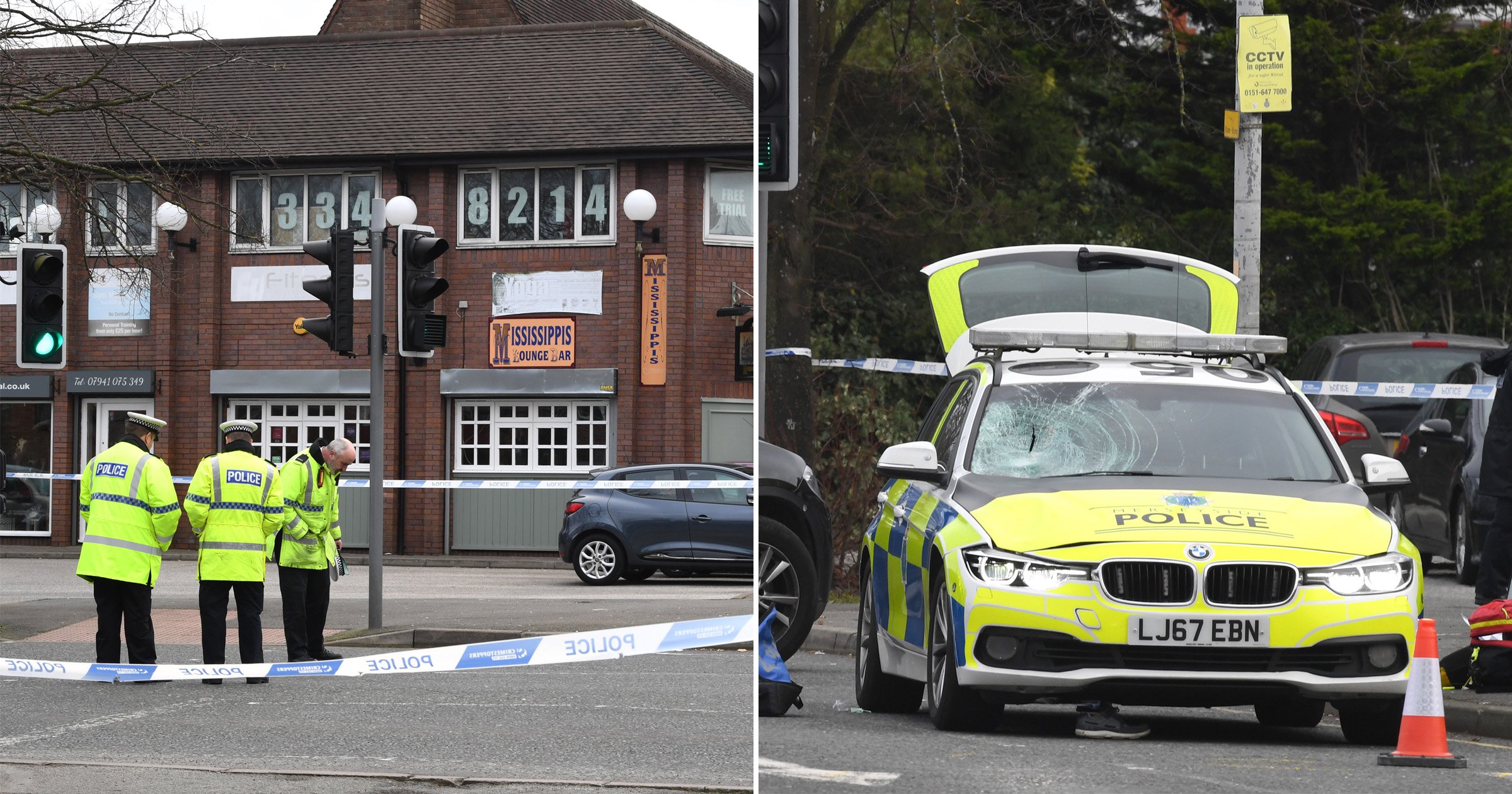