Britain’s shortage of workers has widened from HGV drivers and hospitality staff to nurses and carers — with 1.66million advertised jobs unfilled.

The number on offer leapt by 193,000 last week, thanks to a perfect storm of the Covid ‘pingdemic’, Brexit and changes to immigration and tax rules.

The total now matches the number of people out of work in the UK — 1.6million, according to official data. But unions are warning low pay and lack of training mean many cannot fill the jobs.

The labour shortage has already caused some empty shelves in supermarkets, fuel shortages at filling stations and low beer supplies in pubs.

The new study by the Recruitment and Employment Confederation came as home care providers revealed they had too few staff to take in hospital patients ready to be discharged, or those referred for help by councils.

She said demand from hospitals and local councils had risen but capacity had fallen as staff ‘leave in droves’. She added: ‘I think providers and care workers feel forgotten, as though they’re just dispensable.’

And Joanna Mitchell, of Kent-based palliative care provider Your Care, said it had been understaffed for three months and spent £2,000 in August on ads yet was unable to get suitable candidates to interview.

‘It’s heartbreaking. Families are left to struggle on their own in an already really emotional environment,’ she said. ‘You know their loved-one is dying but we can’t get to them quick enough, if at all.’

More than 200 bosses told The Institute of Health and Social Care Management they had to refuse requests for care in the last month over insufficient staffing.

Local councils have warned bin rounds could be affected as drivers are tempted by ‘golden hellos’ and increased daily rates offered by desperate haulage firms.

Amazon is also said to be offering the £1,000 payments for warehouse workers, with similar incentives offered by bus companies.

Industry bodies such as Logistics UK have called for ministers to make it easier to qualify for HGV licences, clear a backlog of tests and loosen visa rules for overseas drivers.

Gary Smith, general secretary of GMB union, said: ‘The growing labour market crisis is a result of years of cost-cutting and austerity by employers and government.

‘If we are to avoid prolonged and crippling shortages across industries and supply chains, employers must start paying people properly for their labour.’

Neil Carberry, head of REC which collates job ad data, said: ‘With businesses in the food, logistics and hospitality sectors starting to gear up for Christmas, the months ahead could be difficult, even with a large number of people coming off furlough in August and September.’

How to get your Metro newspaper fix

Metro newspaper is still available for you to pick up every weekday morning or you can download our app for all your favourite news, features, puzzles… and the exclusive evening edition! 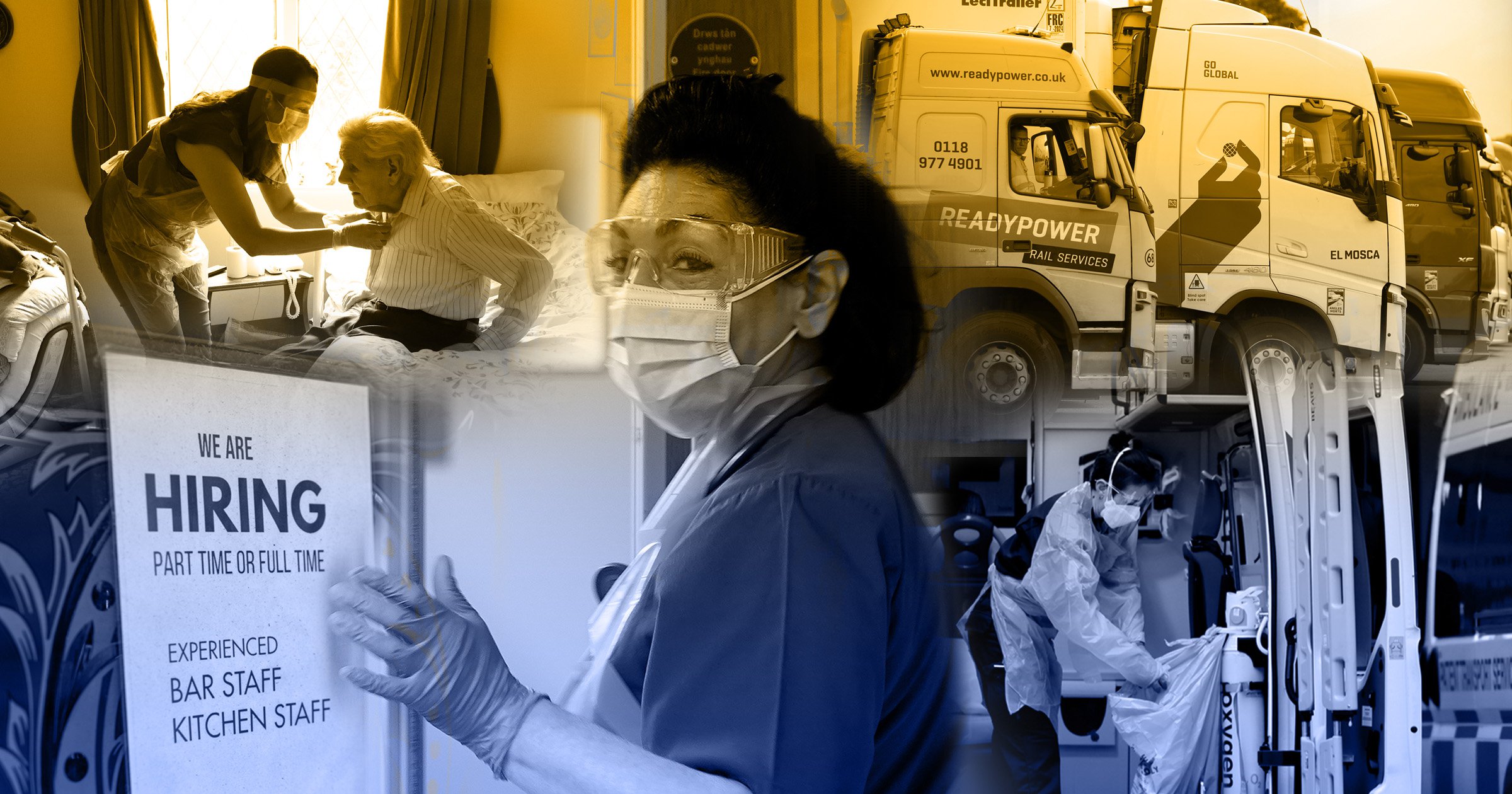