Summer may get a final hurrah next week as the remnants of Hurricane Ida could blow hot weather across to the UK.

Although summer has been a washout for the majority of the past couple of months bar a heatwave, we may have one last hope.

The tropical storm – which has caused devastation in some parts of the US – has allowed areas of low pressure to develop over the Atlantic.

These will be pushed towards the UK at the beginning of next week, causing a mini-heatwave with temperatures of up to 27°C in some parts of the country.

Although the actual hurricane won’t reach Britain, some thunderstorms may accompany it.

Hurricane Ida means a small dip has formed in the jet stream which allows low pressure to move in near the UK, while drawing up warm air from the south.

Met Office meteorologist Alex Deakin explained: ‘The remnants of Hurricane Ida will be drawing up a lot of warmth and rain.

‘The energetic system from the tropics will push the jet stream up to the north that then dives down.’

The forecaster says the tropical weather system means there is some uncertainty ahead, but temperatures are set to increase from Monday and peak on Wednesday before cooling off toward the end of the week.

Although temperatures will be warm, experts warn the accompanying rain will be ‘heavy at times, with the risk of some thunderstorms mixed in’.

It says on the Met Office’s website that next week will be ‘less settled’, adding: ‘Temperatures are likely to trend warmer than average across all parts, perhaps becoming very warm at times across sunnier parts of the east.’

The weekend looks mainly dry and bright, with some cloud and drizzle at times. Temperatures improve from Monday and seem to peak on Tuesday and Wednesday, hitting 25°C in Liverpool and even 27°C in London.

Forecaster Clare Nasir added: ‘It turns warmer, breezy on Sunday as more clouds and some showery rain arrives towards the West later.

‘Through the next few days, temperatures will rise day on day.’

Ida is the fifth-strongest hurricane to ever hit the US mainland and brought unprecedented rainfall, flash flood and tornado warnings to the northeast earlier this week.

The storm, which was rated a Category 4 hurricane, has killed at least 22 people from Maryland to New York.

Speaking from the White House yesterday afternoon, Biden had a message to those affected: ‘We’re all in this together.’ 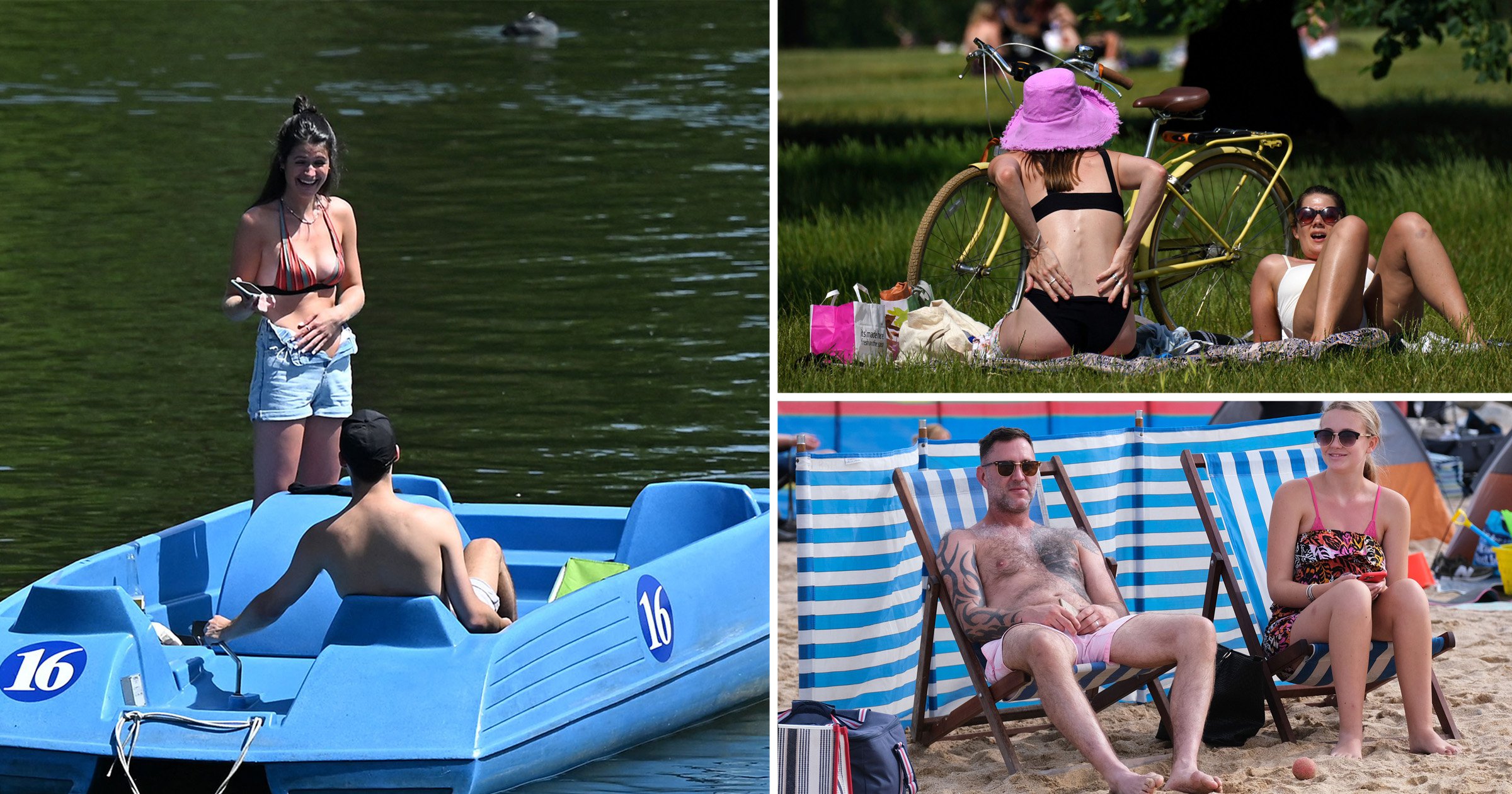