A large blaze has broken out at Beirut’s sea port just weeks after a huge explosion devastated the city.

Video footage shows thick plumes of smoke and flames coming from the wreckage in the Lebanese capital’s port area on Thursday.

A Lebanese military source said the fire broke out in a warehouse storing tyres and oil in the duty free zone of the port. However, the cause of the blaze was not immediately clear.

Television footage shows firefighters trying to douse the blaze at the port, where two explosions destroyed the city on August 4.

The explosions were triggered by thousands of tonnes of ammonium nitrate that were unsafely stored in a warehouse for six years.

The whole of Lebanon’s government resigned in the wake of the disaster.

Beirut was already grappling with a deep economic crisis and a surge in coronavirus cases resulting in a shortage of medical supplies, with the explosion plunging the city further into devastation.

This is a breaking news story, more to follow… 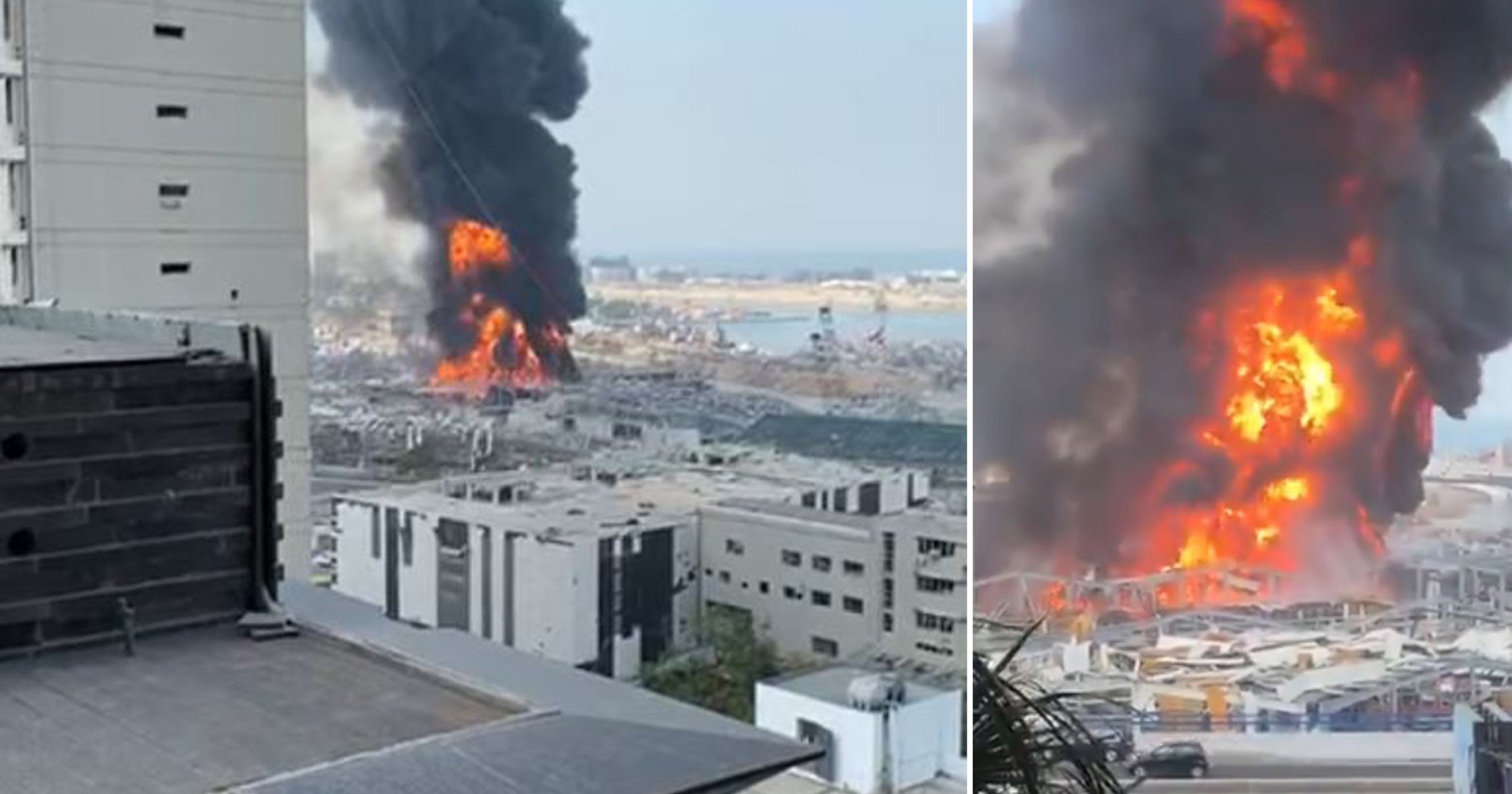