A desperate search for two missing fishermen has entered its second day after their boat sank off the East Sussex coast.

The coastguard pulled one man from the water after the vessel, Joanna C, sent out an emergency distress beacon at around 6am yesterday.

He was found clinging to a lifebuoy and was rushed to hospital. Rescue teams trawled the water until 11pm last night before calling off the search. They resumed their mission at first light this morning.

The Joanna C is a 45ft scalloping boat registered in Brixham, Devon. Three people were aboard the vessel when it sank, the Coastguard said.

It is not yet known what caused the boat to sink but crew members have previously reported clashing with other boats over the precious seafood.

Mr Thomas said: ‘HM Coastguard’s National Maritime Operations Centre has coordinated a major rescue effort (on Saturday), with many units searching tirelessly since first light and finding one casualty who has been recovered safely to hospital.

‘Sadly two other crewmen have not yet been found and all our thoughts are with their families and friends.

‘It is testament to the local maritime community that HM Coastguard were so admirably supported throughout the day by nearby vessels and the local fishing communities who joined us in force and made strenuous efforts to locate their colleagues during the search.

‘At one point, Coastguard coordinators described tracking 14 vessels covering the search plan area including the two RNLI all weather lifeboats at sea.’ 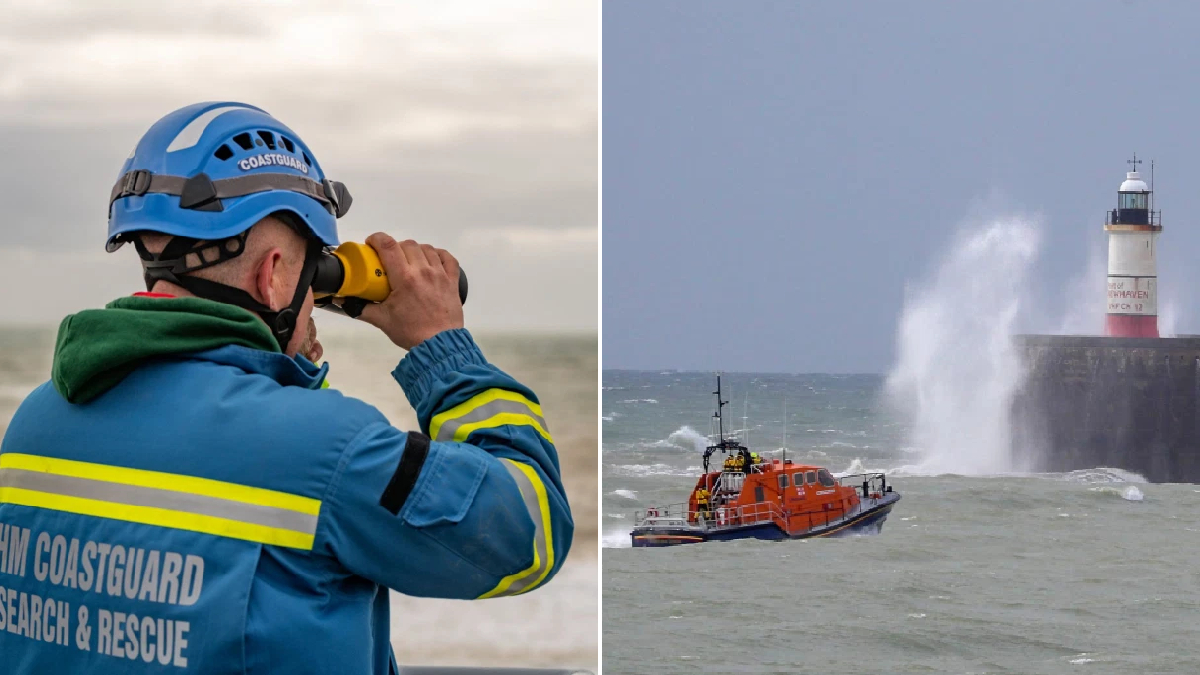