A manhunt has been launched for a gang of thugs who brutally punched and kicked a person in the road earlier than his pockets and keys had been stolen.

Officers stated the victim, 40, was set upon on Corporation Street, Birmingham, at 6pm on Sunday June 28. Shocking footage of the assault reveals him mendacity in the middle of the road as one man climbs on prime of him and repeatedly strikes his head. Another then seems to be stamping on his face.

He was taken to hospital after the ordeal, the place he was handled for head accidents, a badly bruised eye and doable facial fractures.

West Midlands Police have now launched the footage as half of an enchantment to seek out the person’s attackers. They are urging anybody with details about the incident to get in contact.

A drive spokesperson stated: ‘The shocking footage shows several people witnessing and filming the incident and we would urge them to contact us as soon as possible so that we can identify those involved.’

Detective Inspector Gemma Currie added: ‘We’re horrified on the violence used in the direction of this man who merely curled himself right into a ball to flee the onslaught.

‘Footage reveals a number of individuals in the realm who might have footage or info which might help and there will likely be many extra who recognise them.

‘This could have ended far worse than it has and we would urge you to do the right thing and contact us.’

Anyone with info can contact police through Live Chat on-line at west-midlands.police.uk, name 101 anytime or Crimestoppers anonymously on 0800 555 111. 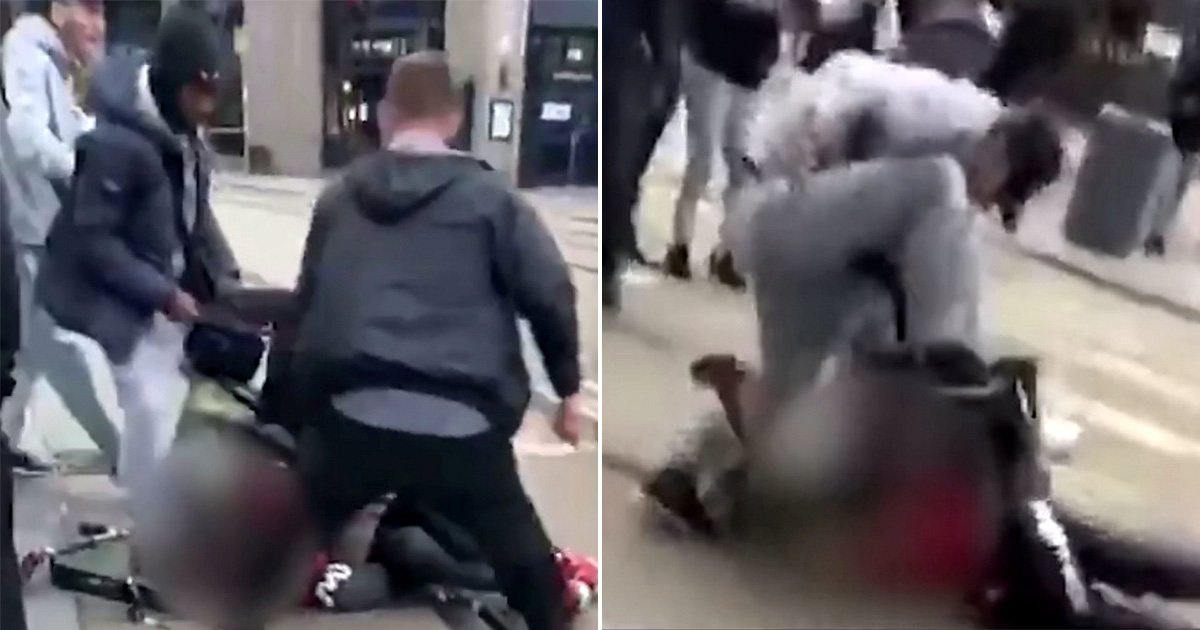