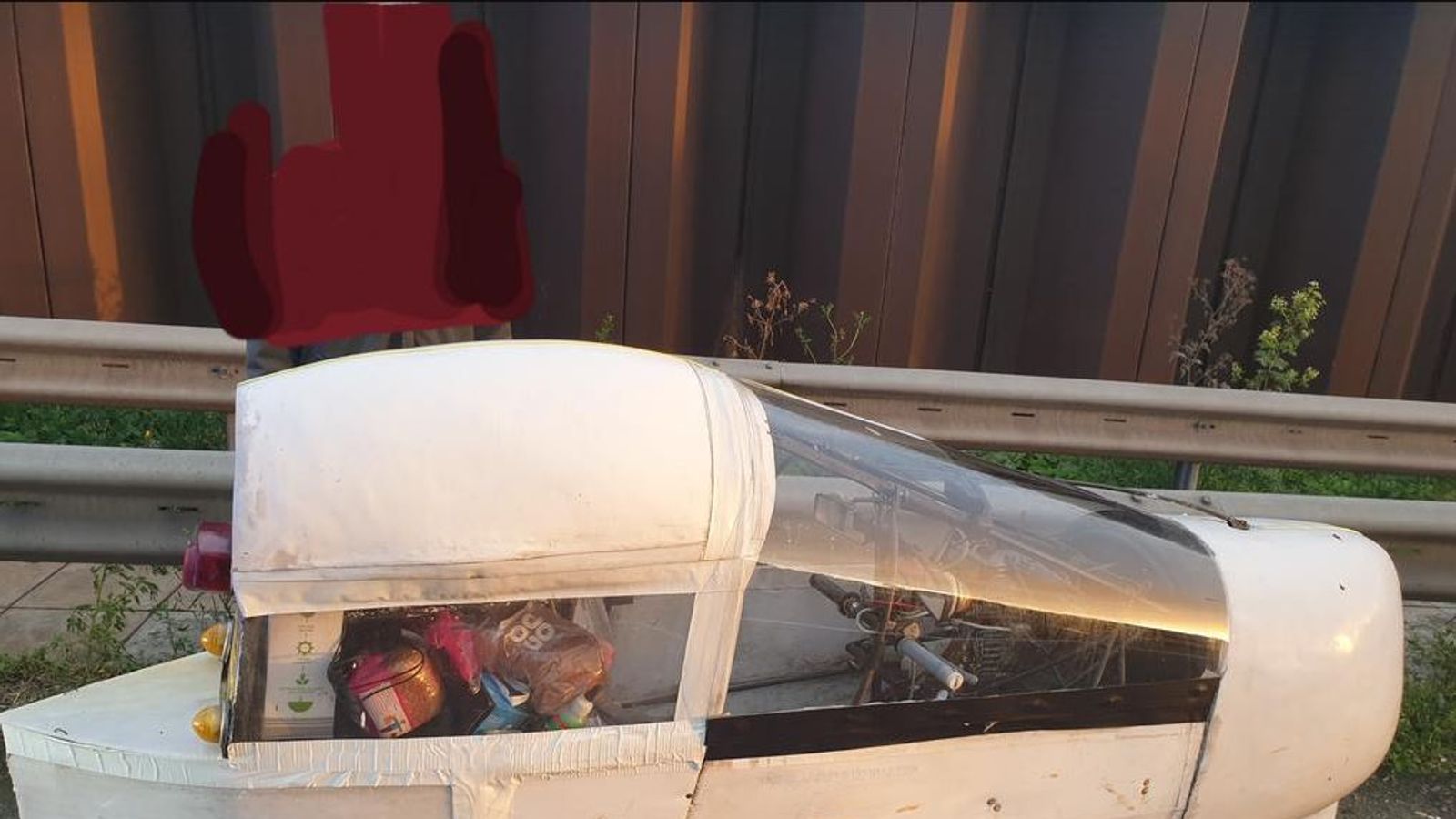 It’s a bird, it’s a plane, it’s a… gaffer-taped motorbike which looks like a boat crossed with a plane nose and covered in white paint.

This bizarre vehicle was flagged down by police on Sunday evening after it was spotted travelling along on the motorway near Bedfordshire.

A photograph of the curious vehicle, thought to be a motorbike, was soon tweeted out by the Bedfordshire, Cambridgeshire and Hertfordshire roads policing unit.

“The most unusual vehicle I’ve stopped on a motorway in my 26 years! All checked and in order, although still not convinced I know what it is,” an officer wrote with the post.

Police deemed the vehicle was legal to ride on the road, meaning it had a number plate, was taxed and insured, as well as having working lights and brakes.

This means it would also have had to have passed an MOT test.

However, users commenting on Twitter seemed less convinced that the vehicle was road worthy, with one writing: “I wouldn’t be driving that thing on a motorway. Looks like a deathtrap!”

Another posted: “This was on a motorway…??? I don’t know whether to be appalled or impressed by the bravery of the driver.”

Nonetheless, the driver, along with his grocery shopping, was able to continue on his journey.