A man accused of trying to kill his partner claims he choked her in his sleep while ‘dreaming about cage fighting’, a court has heard.

Bradley Souto, 31, said he was acting out the vision in which he was watching himself on TV getting an opponent in a strangle hold, jurors at Derby Crown Court were told.

He denies attempted murder over the alleged attack which took place on November 13, 2019.

‘She had gone to sleep and the next thing she recalls is regaining some sort of consciousness with him strangling her from behind in a choke hold.

‘You will hear a 999 call he made in which he is asked by the operator “tell me exactly what happened”, to which he replies “I ran a rampage, I choked my girlfriend out, she’s very purple in the face”.

‘He says in his defence statement that he had choked Rebecca and this incident did happen, but he was not aware of it because he was asleep.

‘He says he was dreaming about cage fighting he had been watching on TV and in it he was watching himself in the ring with his opponent in a strangle hold.

‘He says he was midway through this when he suddenly became aware that his dream was being acted out in person and it was not his opponent he was strangling, but his partner Rebecca.’

Jurors heard that by early 2019, their relationship was ‘very much on the rocks’ due to Souto’s drinking.

The prosecutor told them the couple reconciled in May when he stopped, but he started again later in the year.

He described how Ms Jackson, 31, sent Souto a message the day before the alleged attack saying he would have to leave their home if he carried on.

On the evening of the incident, jurors heard Souto had been drinking cider before going up to bed unusually early at around 9.30pm.

Mr Straw said Ms Jackson ‘went upstairs and challenged him about this but he was non-responsive’, adding: ‘She next remembers getting into bed and her phone vibrating on the bedside table, which was a message from a friend and neighbour.

‘The next thing she remembers is regaining some sort of consciousness having him strangling her from behind in a choke hold.’

Ms Jackson was later taken to the Royal Derby Hospital and has now made a full recovery from her injuries, the court heard.

Jurors were played an interview she gave at St Mary’s Wharf Police Station a week later, on November 20.

Asked about what she recalled of the incident she said: ‘He had his arm around my neck, it was so tight, really, really tight, I was really struggling to breathe.

She added: ‘My biggest fear was leaving the children without a mum, I absolutely love my children.

‘I just thought “I can’t believe he’s doing this to me, I’m dead”. I just thought what’s going to happen to my children when I am gone?’

The trial, which is expected to last two weeks, continues. 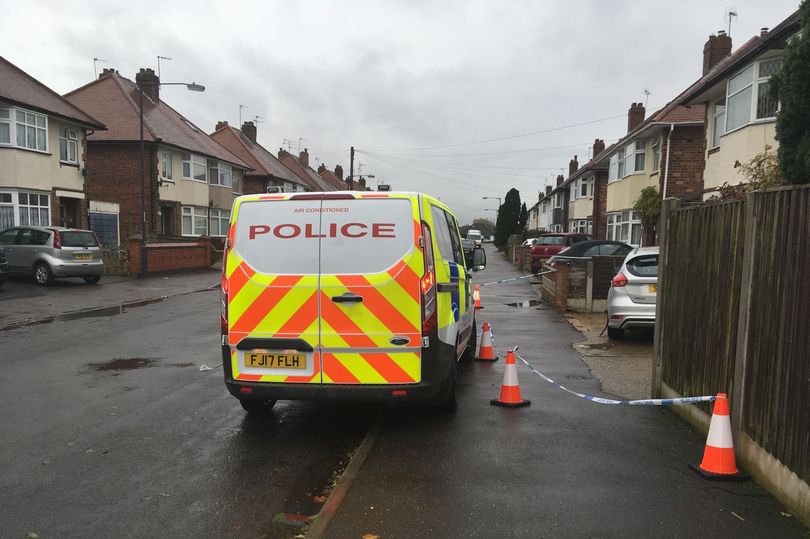