Drivers will soon be able to charge their electric cars in the car parks of McDonald’s drive-thrus.

The fast-food giant has announced plans to install hundreds of charging points at its UK sites.

The ports can provide up to an 80% charge in under 20 minutes, McDonald’s said.

The project, which is a partnership with InstaVolt, will give drivers many more places to stop off when travelling up and down the country.

It has been estimated thousands of electric vehicle charging points will be needed to cover the UK if the government is to hit its target to ban all new petrol and diesel cars from 2035.

In research commissioned by the McDonald’s, more than half of people who do not own an electric car said that a lack of convenient charging points was a barrier to them switching.

In total two-thirds said they would reconsider if there was better coverage.

McDonald’s runs more than 1,300 sites up and down the UK, meaning the roll-out will reach many parts of the country.

The policy will also help its own staff, who are offered electric or hybrid vehicles if they are eligible for company cars.

‘Appetite for electric vehicles, which will be a central part of the UK’s efforts to build back greener post Covid-19, is growing,’ said McDonald’s UK and Ireland CEO Paul Pomroy.

‘This partnership and ambition takes advantage of our scale, and is a real step forward for those already driving electric vehicles, as well as people considering making the switch.

‘With over 1,300 restaurants our ambition would mean you would never be far from a charging point.’

He added: ‘Our ultimate ambition is to have more EV charging points on our premises than any other company in the UK and Ireland.’

Get in touch with our news team by emailing us at [email protected] For more stories like this, check our news page. 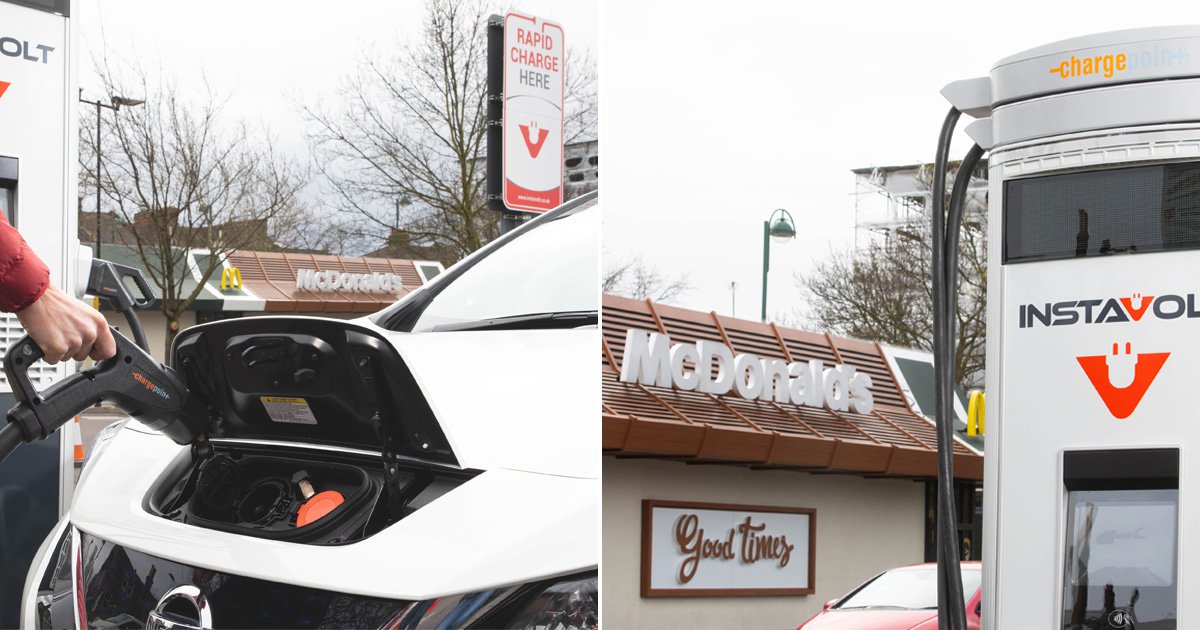