Nigel Farage says the Brexit Party will continue to exist despite achieving his ‘life’s political goal’ of delivering Brexit.

During a press conference in Brussels today, Mr Farage said there were plenty of more battles to come over issues such as fisheries and the future relationship with the EU, but that he did not trust the Conservatives to deliver the will of the British people.

When asked about the future of the Brexit Party, he said: ‘Am I going to completely vacate the battlefield, no.’

He added: ‘If they drop the ball again, I’m going to make sure I’m there to catch it’.

As Britain prepares to leave the EU at 11pm on Friday evening, Mr Farage said he would miss being the ‘pantomime villain’ at the European Parliament.

He said Brexit was a ‘victory for grassroots campaigning’ in the face of opposition from the ‘entire UK establishment’ and insisted that Britain was beyond the ‘point of return’.

He added: ‘Whatever my criticisms may be of the political system in the UK and its need for urgent reform, in the end what this shows is that it still actually works.

‘So, I’m going to be celebrating the fact that democracy and the will of the people has triumphed at 11 o’clock this Friday.’

Ahead of his final speech in the parliament, he said he would ‘miss some of the drama’ and will miss ‘being the pantomime villain – the guy that gets up and 500 people start booing’.

He added: ‘I have got my last speech here this afternoon, so I will do my best if I can to get some audience participation.’

Mr Farage said he had achieved the goal he went into politics for, but looked forward to the ‘battles to come’ over fisheries and the European Court of Justice and the any future negotiations with the EU.

He insisted that no deal was better than a bad deal and predicted that other European countries could soon follow the ‘British way’ and leave the European Union.

Mr Farage credited YouTube for being instrumental in helping him come to prominence and for helping him get his message across to the British people. 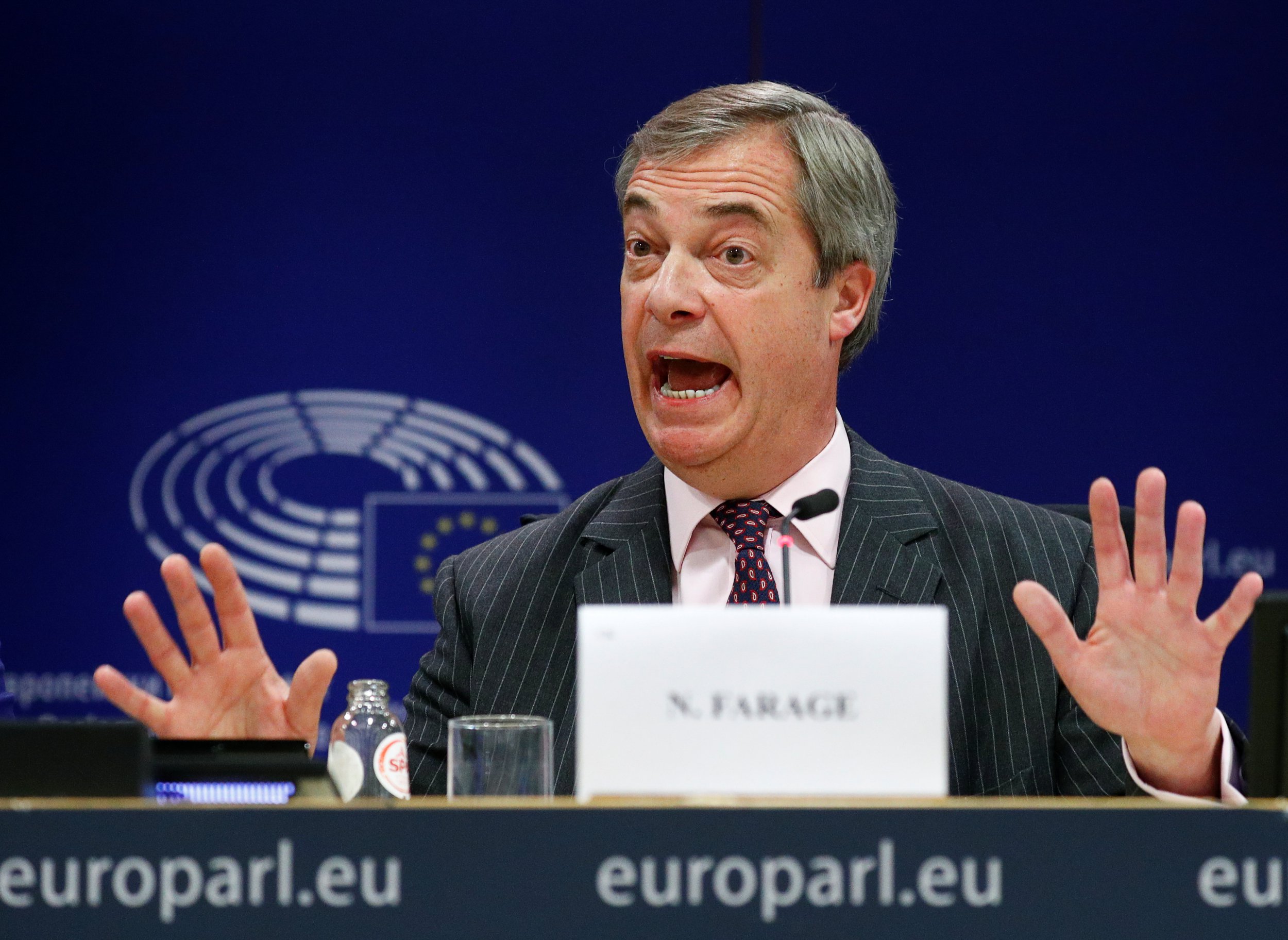