Just 6% of the British public want to see a return to how Britain’s economy worked before the coronavirus pandemic, a new poll suggests.

A YouGov poll claims that 31% of people are keen to witness big changes in how things are run when the Covid-19 crisis calms down.

Meanwhile, 28% of people say they want to see moderate changes, while 6% would be happy if things stayed exactly the same as they were pre-pandemic.

Boris Johnson warned this morning there are ‘bumpy times’ ahead for the country, but claimed ‘the UK is an amazingly dynamic, resilient economy’ and going back to austerity would be a mistake.

However, 44% of people still feel pessimistic when they think about the future of the economy, with 27% feeling positive, according to YouGov.

Almost one in two people feel that coronavirus has worsened inequality in society, while 9% claim it has improved equality.

It comes as 300 leaders from trade unions, charities and community groups call on the government to ‘build back better’ and create a ‘stronger, fairer and greener’ economy’.

The group – which includes Carolyn Fairbairn, director-general of the CBI, and Rowan Williams, former Archbishop of Canterbury – has demanded higher-quality public services, good jobs, less inequality, and protection for the environment.

Frances O’Grady, general secretary of the TUC, who is part of the group, said: ‘We need to build a better and fairer economy as we emerge from this pandemic. It is very the least working families deserve.

Ms Fairbairn said the lockdown had taken ‘a heavy toll’ on the economy’ and the Conservative Party needs to prioritise jobs and training for young people in particular.

The prime minister said today he wants a ‘Rooseveltian’ approach to the economy, in a reference to former US President Franklin D Roosevelt whose ‘New Deal’ programme helped America recover from the Great Depression.

‘You have to be careful and the Chancellor will be setting out our plans in the spending review in the autumn.

‘But in the end what you can’t do at this moment is go back to what people called austerity, it wasn’t actually austerity but people called it austerity, and I think that would be a mistake. ‘I think this is the moment for a Rooseveltian approach to the UK.’

His political rival Sir Keir Starmer has urged the government to deliver an economic recovery built on ‘solid foundations’.

Mr Johnson is set to lay out his vision for the UK post-lockdown in a big speech tomorrow, explaining a reported programme dubbed ‘Project Speed’, which will fast-track the building of schools, hospitals, roads and prisons. 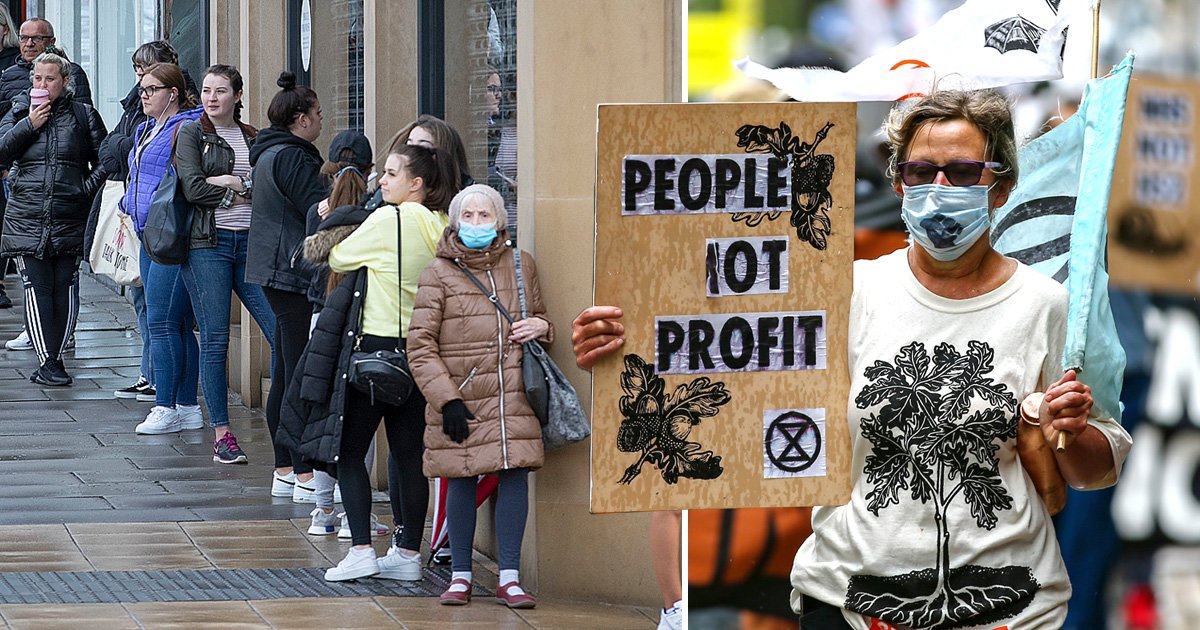