Parents in England could be fined if they do not send their children back to school in September, the Education Secretary has said.

Gavin Williamson said a return to school will be ‘compulsory’ and families may face financial penalties if they keep their children at home – unless there is a ‘good reason’ for the absence.

A detailed plan on how the Government will ensure that all children in England are back in the classroom in the autumn will be set out by the end of this week, the minister said.

But headteachers and teaching unions have urged against rushing to reintroduce fines as they say schools will need to rebuild confidence among families, rather than punish them.

Mr Williamson also suggested on Monday that the full return to school in September would not rely on social distancing in the same way as in pubs.

‘It’s not about one metre, it’s not about two metres,’ he told BBC Breakfast, saying that safety would be based on ‘reducing the number of transmission points’ within schools.

Instead whole classes would become ‘bubbles’ separated from other pupils.

His remarks came as Labour leader Sir Keir Starmer accused the Government of being ‘asleep at the wheel’ on the issue of reopening schools, adding that there has been a ‘lack of planning’.

On the latest plans, Mr Williamson told LBC: ‘It is going to be compulsory for children to return back to school unless there’s a very good reason, or a local spike where there have had to be local lockdowns

‘We do have to get back into compulsory education as part of that, obviously fines sit alongside that.

‘Unless there is a good reason for the absence then we will be looking at the fact that we would be imposing fines on families if they are not sending their children back.’

Some children began returning to school at the start of this month – but, ahead of the phased reopening, the Government confirmed that parents who do not feel safe sending their children back to school would not face fines.

The latest Government figures show that around a third (34%) of all Year 6 children attended school on June 18, up from 26% on June 11.

Speaking on Monday, Boris Johnson said the fact that more pupils are not back at school yet is a source of ‘deep frustration’ for him.

The Prime Minister told Times Radio that teaching unions and councils should be saying ‘loud and clear’ that schools are safe. 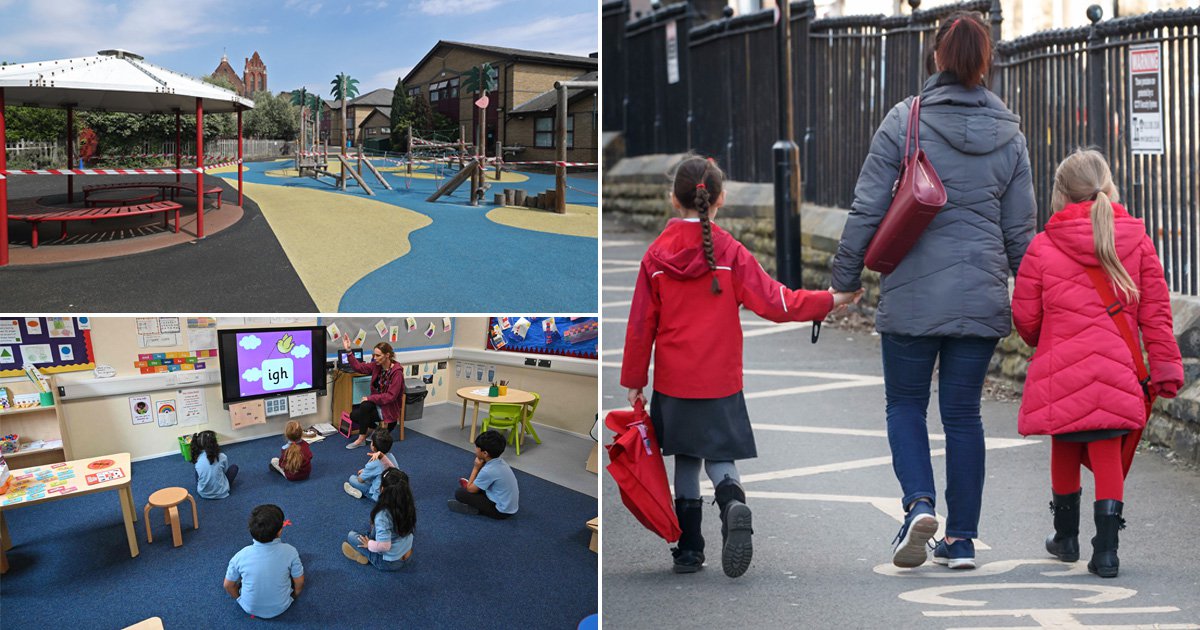