A man has been jailed for 14 months for attacking an elderly man who threw a bag of dog mess at him.

The 72-year-old victim reacted when Ethan Bartlett, 20, threatened to throw his dog in a canal in Pontardawe, South Wales.

He heard Bartlett say: ‘If that dog doesn’t move it will be in the canal.’

The incident has left the pensioner too scared to leave his home.

At the time of the attack, Bartlett was serving a suspended prison sentence for attacking a man with learning difficulties.

The victim confronted him but the 20-year-old said he would ‘take him out’.

He then ‘lost his head’ and attacked the pet owner before spitting at him, Swansea Crown Court heard.

The victim said the incident left him with cuts, bruises and soreness all over his body in a victim impact statement.

Bartlett initially claimed another man had targeted both him and the victim – but later pleaded guilty to assault occasioning actual bodily harm.

He was described as ‘a violent young man’ by Judge Paul Thomas QC as he was sentenced this week.

Last week a pensioner on the Isle of Man died of a heart attack after teenagers hurled pears at her house. 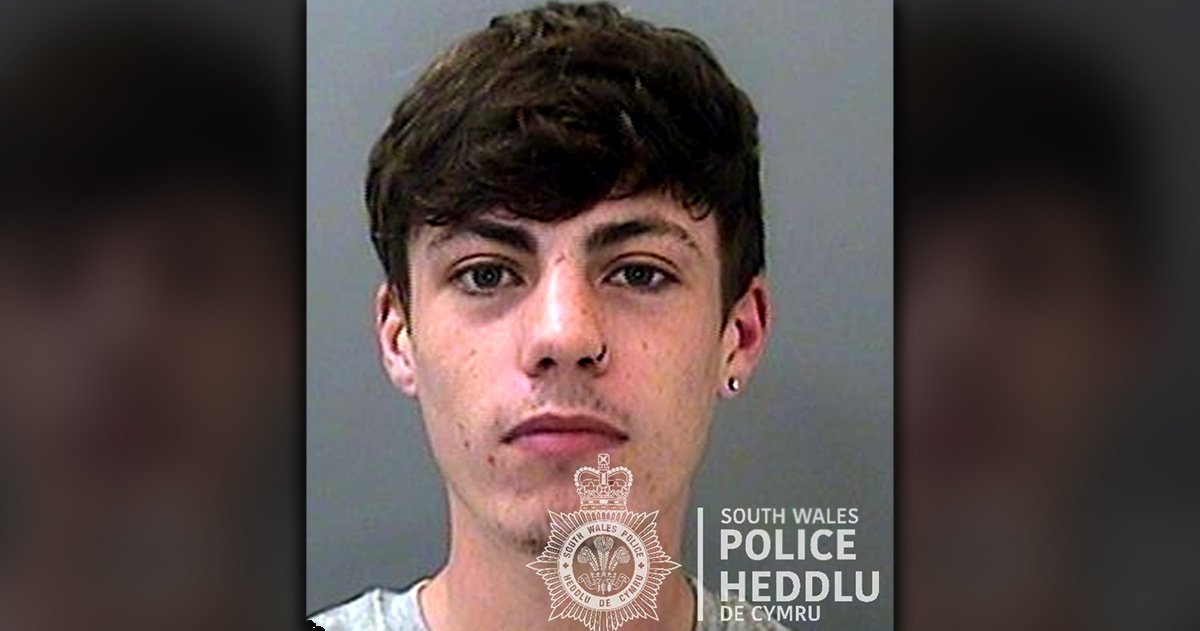