Rioters were blasted with a water cannon by police as violence erupted on the streets of Belfast for the seventh night running.

The unrest in Northern Ireland has been described as the ‘worst in years’  with petrol bombs, fireworks and rocks thrown at officers on Thursday.

Fifty-five officers have so-far been injured in a week of clashes between nationalists and pro-British loyalists at the so-called ‘peace wall’ on Springfield Road.

Those involved last night were warned by police to ‘disperse immediately or the water cannon will be used’.

However, those present continued to fire missiles and after several warnings, the water cannon was deployed.

Some of those present jeered before fleeing as the water jet came closer.

Justice Minister Naomi Long issued a fresh call for calm after what she called ‘depressing and reckless’ scenes.

She tweeted: ‘More attacks on police, this time from nationalist youths. Utterly reckless and depressing to see more violence at interface areas tonight.

‘My heart goes out to those living in the area who are living with this fear and disturbance. This needs to stop now before lives are lost.’

There were also reports that police warned crowds ‘impact rounds will be fired’. The plastic bullets are not used as a means of crowd control in any part of the UK apart from Northern Ireland, and their use has been condemned by human rights groups.

Six were fired on Wednesday, when there were clashes between both communities along the peace wall that separates the unionist Shankill Road from the nationalist Springfield Road.

But Thursday night’s unrest appeared to be confined to nationalists.

Groups of community activists were seen attempting to prevent access to the gate of the peace line where clashes took place the previous night.

A heavy police presence was in operation on Thursday night.

PSNI officers were seen holding riot shields and being pelted with missiles before causing the youths to flee by charging at them with dogs.

Earlier, Boris Johnson and Irish premier issued a joint statement condemning the violence after the pair spoke over the phone about the clashes.

The Irish Government said the two leaders stressed that violence was unacceptable.

‘The way forward is through dialogue and working the institutions of the Good Friday Agreement,’ the statement said.

‘They agreed that the two governments would continue to stay in contact.’

The Biden administration in the US also appealed for calm in Northern Ireland and voiced its support for the Brexit protocol. 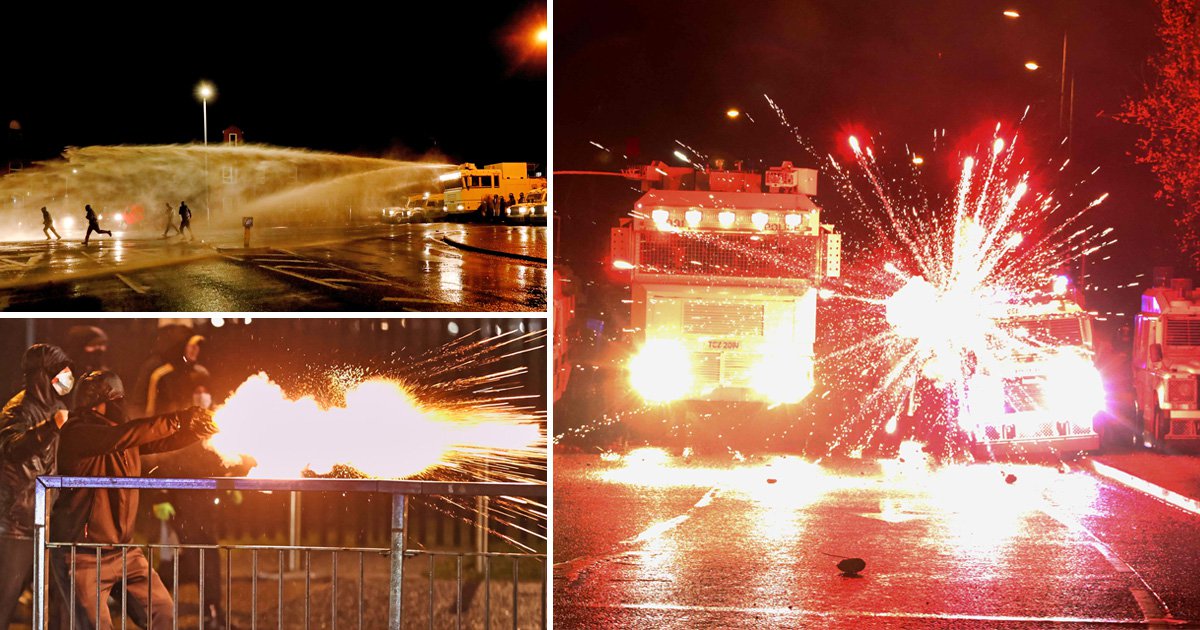