A seek for a man who went missing after getting into the ocean this morning has been called off.

A serious search mission was launched after a member of the general public called 999 reporting that the man had gone into the water at North Pier, Blackpool, at round 9.30am.

Police, a coastguard helicopter, lifeboats and paramedics have been all on the scene on the lookout for the man.

The search was suspended at round 6pm, in line with Lancashire Live. Witnesses informed the information web site that the ocean was tough with unhealthy climate circumstances when the search received underway.

Teams scoured the shoreline however the man couldn’t be discovered. Holyhead Coastguard in north Wales, which co-ordinatied the search, stated it needed to be called off on account of fading mild.

In a press release they stated: ‘We obtained a name at round 9.30am at the moment reporting {that a} male had entered the water at North Pier in Blackpool.

‘They searched the area from Rossall Point all the way to South Shore and unfortunately nothing has been found.’

The Met Office stated Blackpool noticed 30mph winds and rain at the moment.

One video confirmed uneven water as a lifeboat headed out to sea.

An earlier assertion from HM Coastguard stated: ‘HM Coastguard was alerted by a 999 name reporting {that a} man had been seen getting into the ocean close to the North Pier, Blackpool.

‘A search has been underway since 10am on Saturday morning involving RNLI lifeboats, Blackpool Coastguard Rescue Team and the Coastguard rescue helicopter primarily based at Caernarfon.

‘A Coastguard fixed wing aircraft is also involved in the search. Nothing has been found as yet.’ 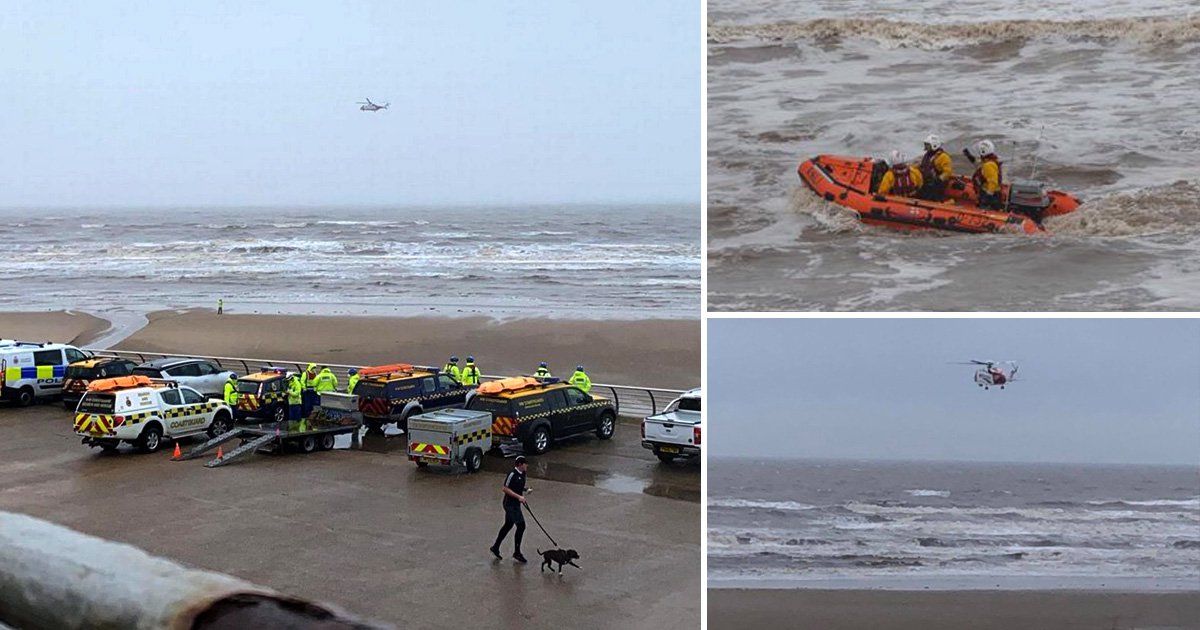