Precise arrangements for the monarch’s passing have been drawn up in private for what will inevitably be an unprecedented moment in British national life.

The death of the country’s longest serving monarch will trigger 11 days of official events, including the accession to the throne of Prince Charles, culminating in a state funeral.

Vast crowds are expected to descend on the capital to see the Queen lying in state before a Westminster Abbey service.

Leaked documents obtained by Politico detail ‘Operation London Bridge’ and include official concerns over how to cope with the strain of people flooding to the capital.

Plans for the Queen’s passing change regularly and it is unclear if the documents represent the most up-to-date arrangements.

According to the confidential papers, the Prime Ministers will be informed first and make a statement to the nation.

Prince Charles, who will be proclaimed king the following day, will speak to the country a few hours after the Prime Minister.

He’ll then embark on a national tour to attend memorial services across the UK while a series of rehearsals for official events are carried out in London.

According to the report, the Queen’s coffin will lie in state for 23 hours a day over three days at the Palace of Westminster.

The government is planning a massive security operation to deal with the crowds over fears accommodation, travel networks, health, policing and basic services could all be stretched to capacity.

Officials believe they have the capacity to stage the funeral but the security implications will inevitably be huge, including monitoring any increased terror threat.

A new set of challenges will also be present should the Queen die during the Covid-19 pandemic, including arrangements for getting world leaders and their teams to the funeral.

It isn’t clear if the plan contained in the documents has been altered to take the public health situation into account.

It also remains unclear if the ‘day of national mourning’ proclaimed for the funeral will be a formal Bank Holiday. 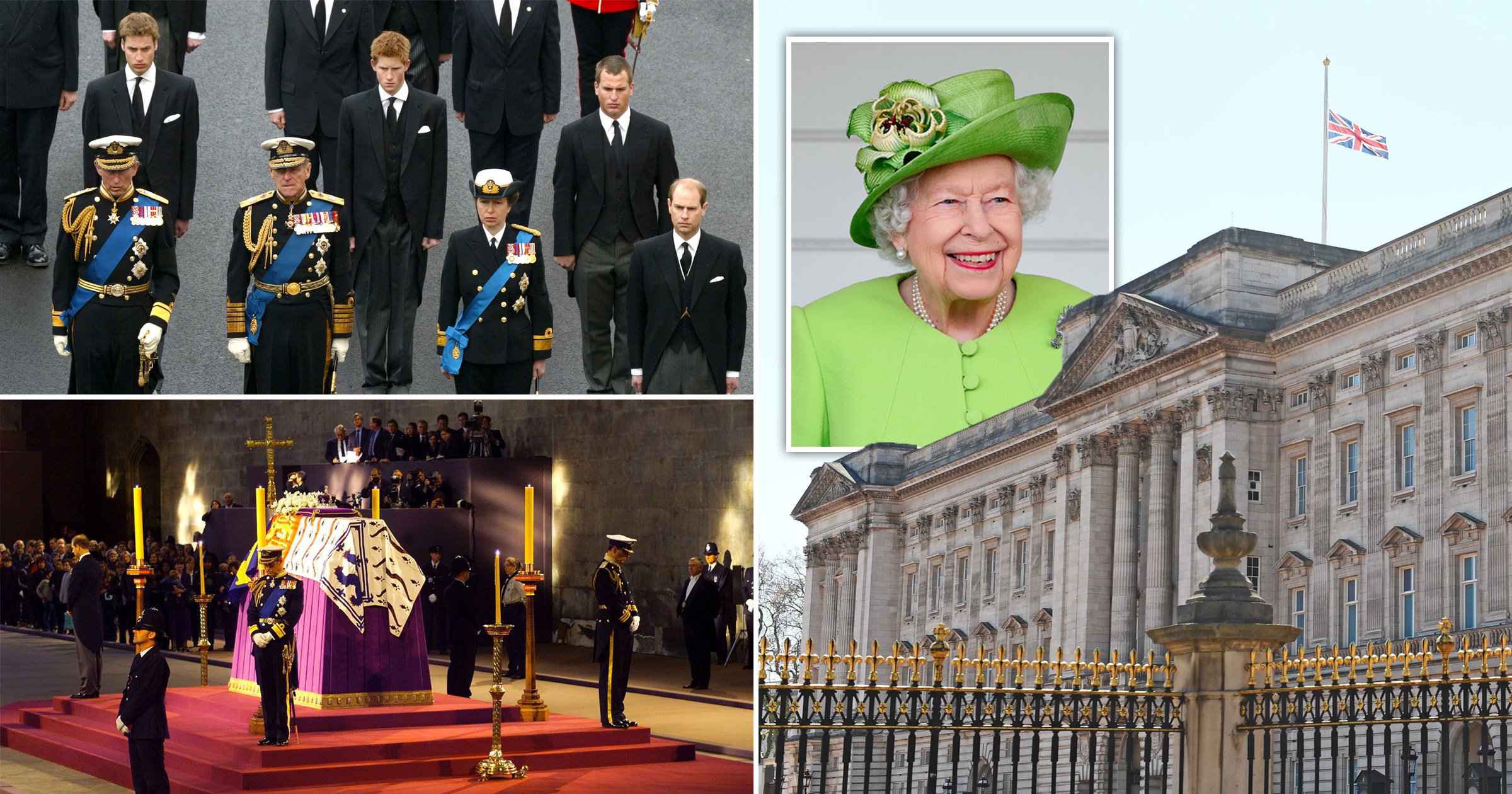