Temperatures in Britain are set to dip below 10C as more heavy rain lashes down.

The Met Office said Monday afternoon ‘will be a soggy one for most of us’, though clouds parting in the northwest will bring some sunshine ‘and a few blustery showers’.

Forecaster Luke Miall told The Daily Mirror today will be ‘quite grey, quite grotty’ compared to the milder conditions yesterday. He said as the day progresses, ‘cloud will continue to invade its way eastwards’ with heavy rain pushing its way in.

Showers will be felt in most parts of the country tonight, when it will be chilly and murky, the Met Office said.

Cloudy, damp and rainy conditions will persist throughout the week as the cold October snap sinks in.

The Environment Agency has issued three flood alerts for England on Monday around Bournemouth and the south Midlands.

BBC weather forecaster Carole Kirkwood said rain will bring brisk winds in some parts. She said wet weather was ‘coming in from the west’ and pushing its way eastwards and that Monday will be cloudy and rainy for most.

Temperatures will be as low as 7C in Scotland and 8C in northern England, while southern England will reach highs of 12C.

The cold and wet weather could be a sign of things to come with some forecasters saying temperatures could get as low as -10 next month in an early winter.

The Met Office said Scotland is facing an ‘early winter’ with snow and frost expected.

According to The Weather Outlook, the region could experience -10C next month.

Forecaster Brian Glaze said: ‘-10C is expected in Scotland and -7C in England by late November, with snow on Scottish mountains now, in northern England from early November and the South at risk from late November.’ 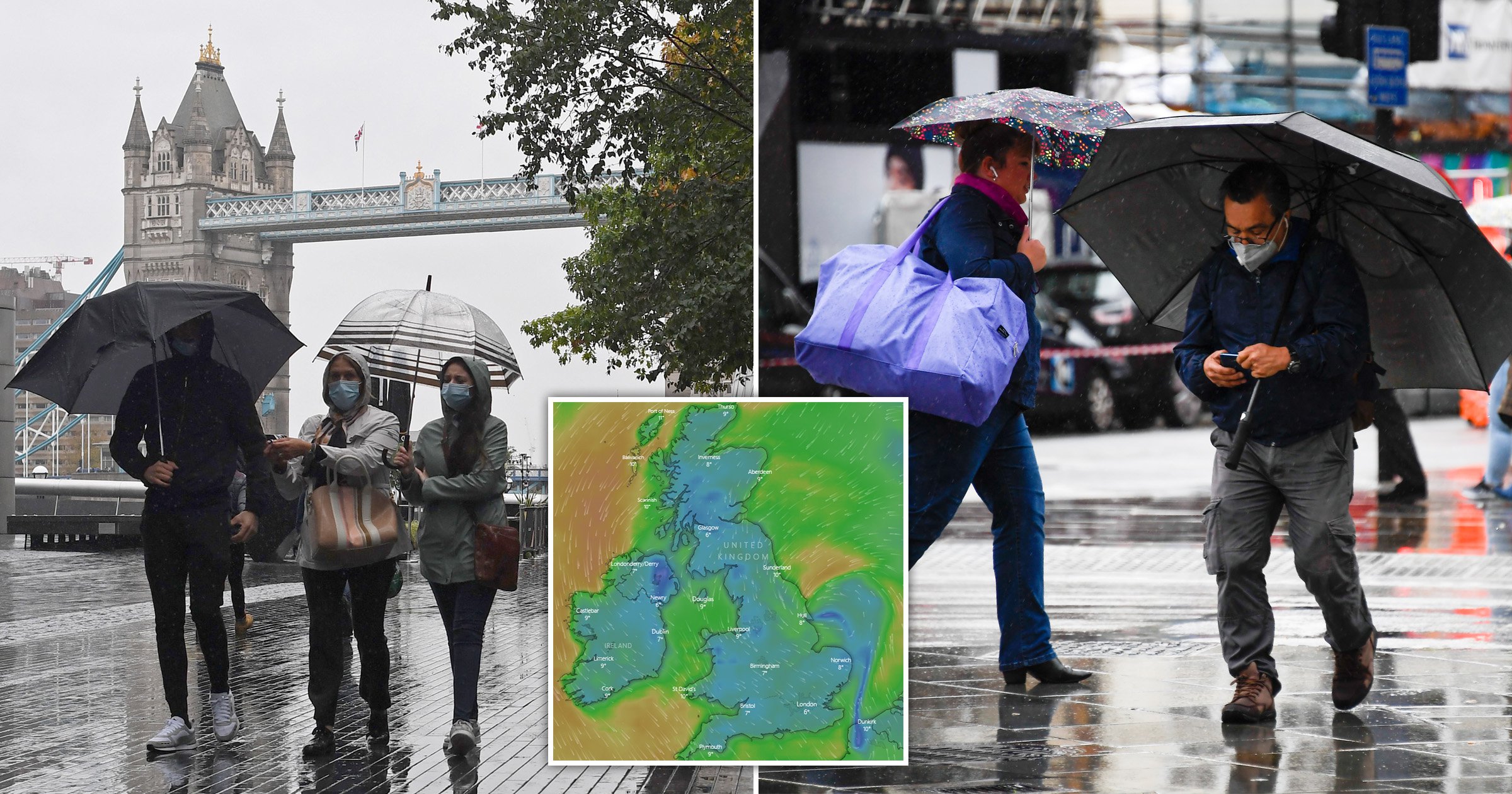