A further 123 people have died after testing positive for coronavirus, bringing the UK death toll to 45,677.

The latest figures, released today by the Government, cover fatalities in all settings, including hospitals, care homes and the wider community. There have now been a total of 297,914 confirmed cases since the beginning of the pandemic, with 770 new infections in the past 24 hours.

Earlier, NHS England announced 16 more deaths had been recorded in hospitals since yesterday. Scotland has reported no new coronavirus deaths for the eighth consecutive day, and none were recorded in Wales or Northern Ireland.

It comes as weekly figures show the growth rate of coronavirus transmission in the UK remains at a similar level to last week. The R rate, or reproduction number, is still 0.7 to 0.9.

Data published by the Government on Friday revealed the growth rate is now at -4% to -1% per day, compared with a rate of -5% to -1% per day last week.

But Government officials and advisers said it is important to recognise that while the values are shown as a range, the true values are most likely to be somewhere towards the middle.

For all the latest news and updates on Coronavirus, click here.

The growth rate reflects how quickly the number of infections is changing day by day and, as the number decreases, it is a way of keeping track of the virus.

Across England however, the growth rate remains unchanged at between -4% and zero, while the R value is 0.8 to 1.0.

The R number represents the number of people each Covid-19 positive person goes on to infect.

It does not indicate how quickly an epidemic is changing and different diseases with the same R can result in epidemics that grow at very different speeds.

The Government Office for Science and Sage say that in some regions the low case numbers and/or a high degree of variability in transmission across the region means the estimates are insufficiently robust to inform policy decisions.

Dr Yuliya Kyrychko, Reader in Mathematics at the University of Sussex, said: ‘It is very reassuring to see the R number estimates to be below or equal to one in all regions.

‘At the same time, the fact that it is so close to one, and that the growth rates in the East of England and the South West are estimated to be up to +2% suggests that it is very important to stay vigilant and continue with monitoring and efficient tracking of suspected cases to avoid a possibility of overlooking an outbreak.

‘Recent examples from the UK and overseas show that once the restrictions are lifted, it may take some time for infections to pick up again, hence, particular care should be taken with interpreting the data, and collecting and analysing it quickly and at a local level.’

Her colleague, Dr Konstantin Blyuss, added: ‘Since the overall numbers of new infections are rather small now, this adds uncertainty to estimates of R number, and this can provide a false sense of security both to a wider population, and to local councils making decisions about strategy for disease containment and prevention.

‘In this respect, it is essential that people try to adhere as much as practically possible to existing guidelines, namely, use of face masks, maintaining social distancing, and working from home wherever possible.’

Elsewhere, Prime Minister Boris Johnson has predicted Britain will be ‘well on the way past’ Covid-19 by the ‘middle of next year’.

He was speaking as the Government announced an expansion of its winter flu vaccination programme which aims to double the number of people receiving the jab to 30 million.

During the visit to a GP surgery in London he also said ‘anti-vaxxers’ are ‘nuts’. 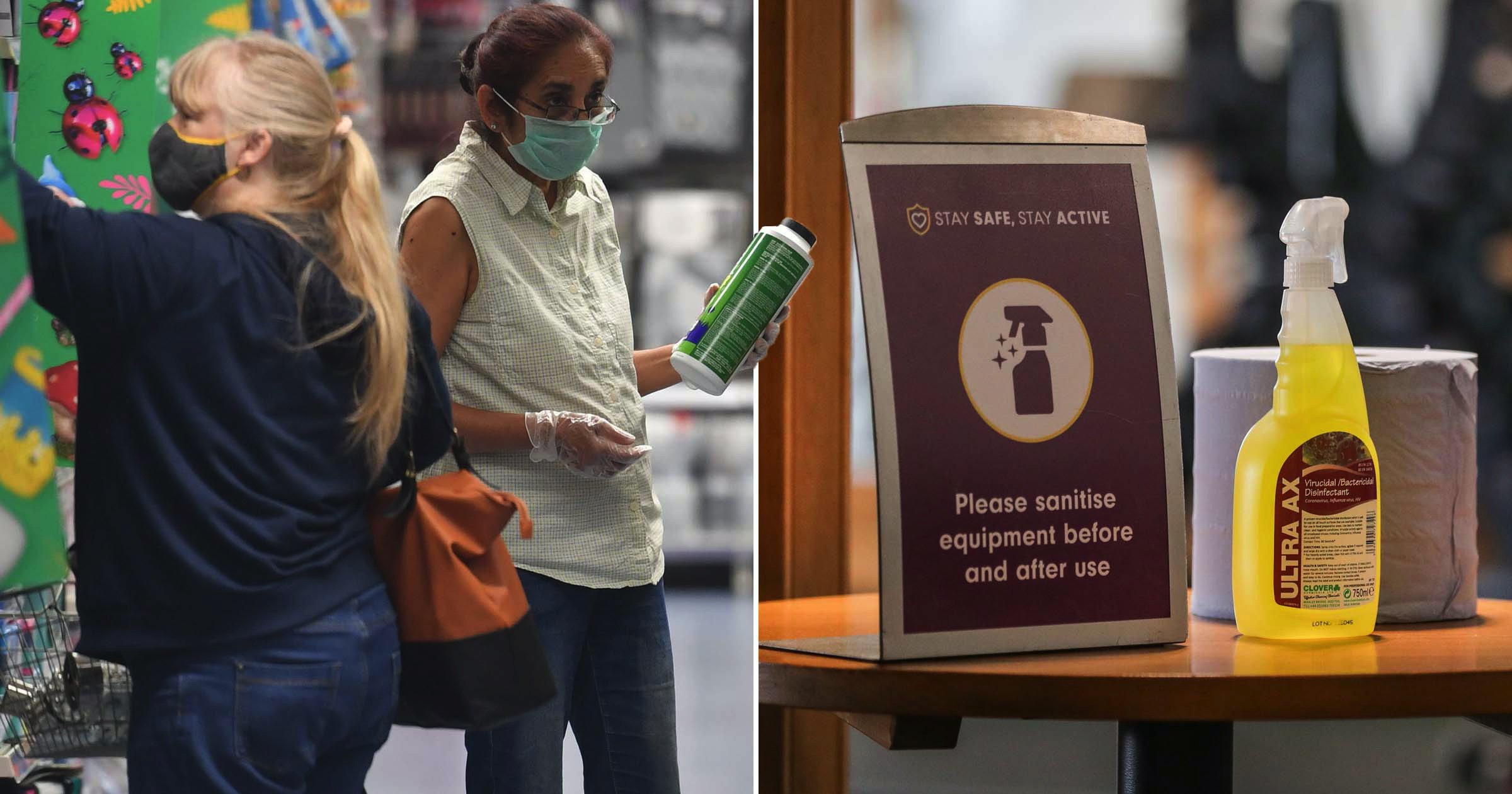