William and Kate have arrived at Bradford City Hall for the first of a number of engagements promoting cohesion within the diverse West Yorkshire city.

It is the first time the Cambridges have been seen in public since the chaos sparked by Harry and Meghan’s decision to ‘step down’ as senior royals.

The Duke and Duchess were greeted by cheers from several hundred well-wishers on Centenary Square, directly outside the 19th-century building.

During their visit to the hall, they are expected to speak with young people about life in Bradford and with local employers helping youngsters to get jobs.

William, wearing a navy coat, smiled and waved at the crowds as they arrived.

Kate wore a Zara dress, a coat by McQueen and earrings by Zeen, which she was last seen in during the couple’s successful trip to Pakistan.

Their Bradford trip follows a tumultuous week for the royal family in which the Queen reluctantly agreed to let William’s younger brother and wife begin a ‘new life’ as an ‘independent family.’

Following a summit at Sandringham on Monday, Buckingham Palace confirmed the Duke and Duchess of Sussex can now split their time between the UK and Canada.

It emerged yesterday that Meghan’s father could give evidence against her in her legal battle with the Mail On Sunday should it go to trial.

High Court documents revealed Thomas Markle forms part of the newspaper’s defence, after the paper and its parent company Associated Newspapers were accused of unlawfully publishing a letter between the two. 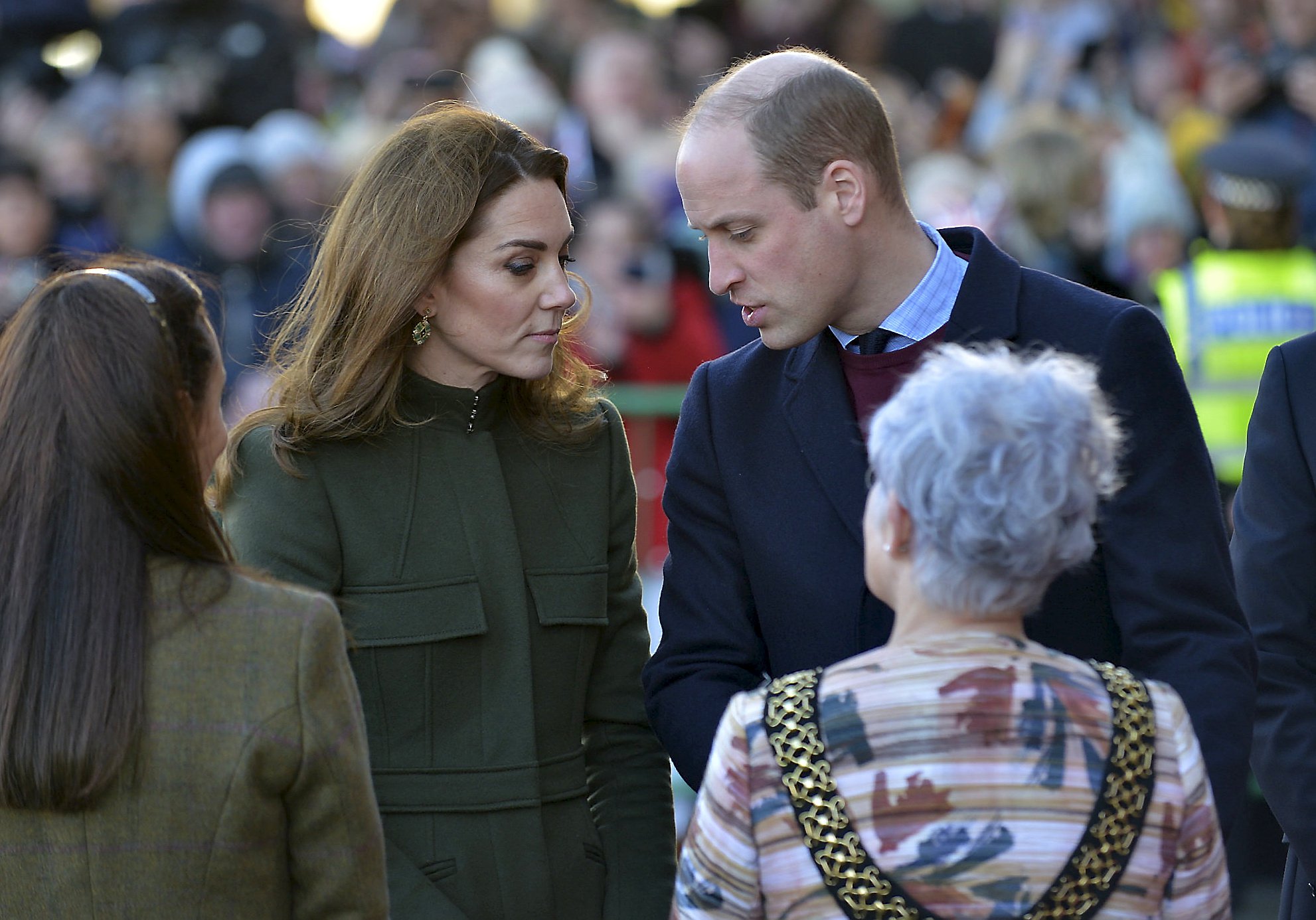