A lady has died after a crash with an ambulance car that was responding to an emergency.

The pensioner, 85, was in a Suzuki alongside with a person, 87, who suffered critical accidents.

Their car collided with a Skoda ambulance car which was utilized by East Midlands Ambulance Service.

A Renault car was additionally concerned within the accident.

The crash occurred on Yarborough Road in Grimsby, which was closed for a number of hours following the collision shortly earlier than noon on November 20.

Emergency companies had been on the scene inside minutes, in accordance to witnesses.

A Humberside Police spokesman mentioned: ‘We had been referred to as at 11.45am on November 20, following the collision on the junction with Cross Coates Road between a white Suzuki Alto and an ambulance response car which was responding to an emergency.

‘Sadly, the girl – whose household have requested will not be named publicly – handed away on the scene and an 87-year-old man, who was additionally travelling within the Alto, has suffered critical accidents.

‘Our specialist groups are investigating the circumstances of the collision and are interesting for anybody with info or dashcam footage which might help us to come ahead.

‘We ask that you don’t speculate about the reason for the collision on
social media.’

Humberside Fire and Rescue Service attended to make the autos protected and three ambulances responded to take the injured individuals to hospital.

Ben Holdaway, director of operations at EMAS, mentioned: ‘One of our quick response autos responding to a 999 name was concerned in a critical highway site visitors collision with a car at 11.31am on November 20 on Yarborough Road in Grimsby.

‘Plenty of EMAS sources had been despatched to the scene collectively with Humberside Police.

‘One ambulance crew member also suffered minor injuries and was transported to Diana, Princess of Wales Hospital via double-crewed ambulance.’

He added: ‘The incident will be investigated by the police and it is therefore inappropriate to make any further comment at this time.’

Officers had been additionally diverting site visitors away from Cross Coates Road.

One dealer mentioned: ‘I just heard this very loud bang and the emergency services were here quickly.’

A resident mentioned: ‘It is a terrible junction. It is a wonder there aren’t collisions day by day.’ 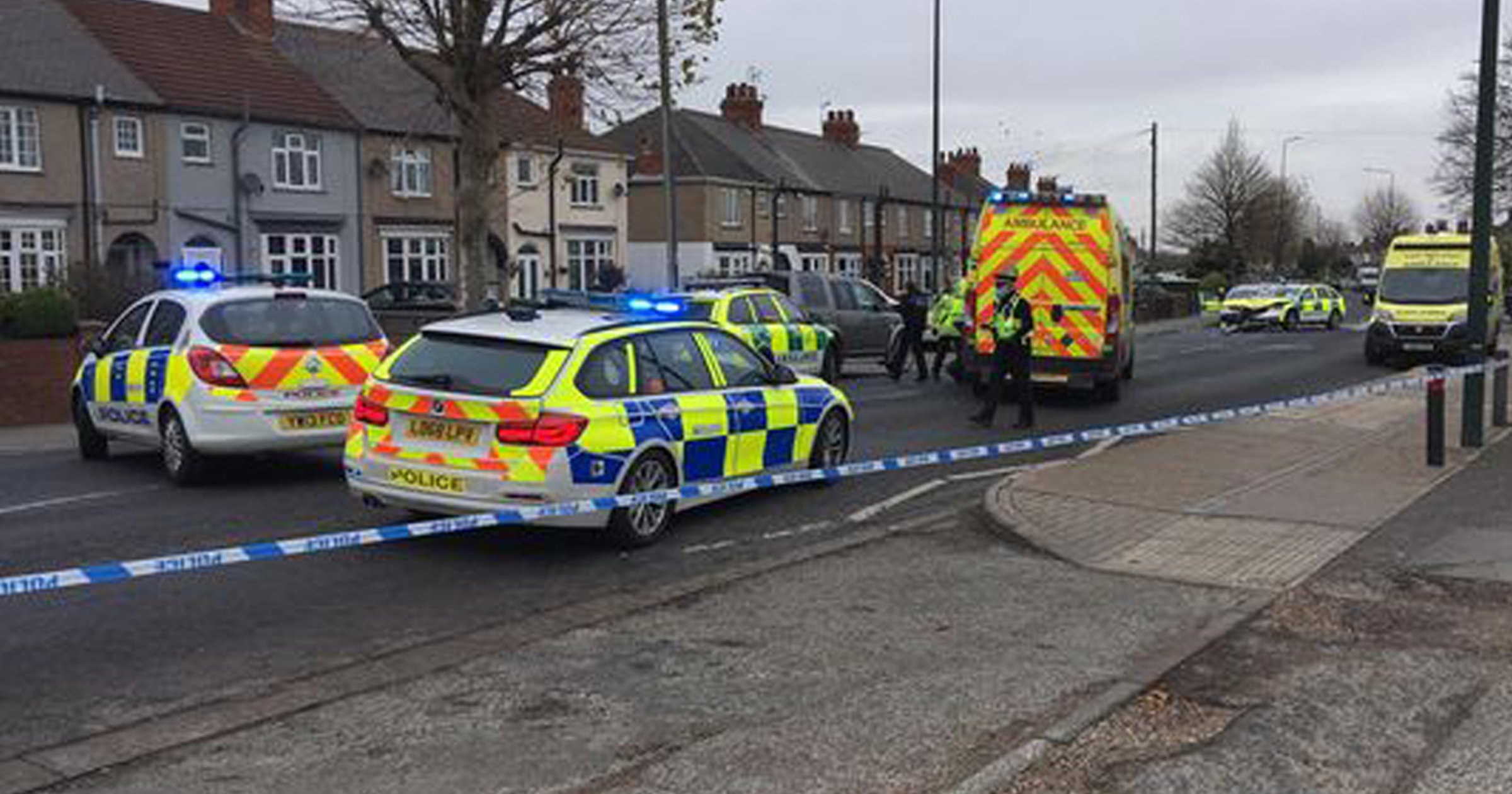