A lady is in a important situation in hospital after an alleged deliberate hit-and-run after a row.

An eyewitness claimed he noticed a person intentionally drive on the sufferer earlier than forcing her into the foot properly of the passenger seat, then drove off at round 70mph.

Police have been known as to the scene in Sutton, south London, simply after 9pm on Monday to experiences of a lady being forced into a car following an altercation with a person. London Ambulance Service later revealed a lady – believed to be the identical person – had been taken to hospital from an deal with near the scene of the incident.

Met Police stated she stays in hospital in a ‘potentially life-changing’ situation and the pair are believed to be identified to one another.

Dave Wightwick, landlord of the Harvest Home near the scene, stated he noticed a person and a lady arguing earlier than the perpetrator allegedly drove at her.

He stated: ‘There have been a few ladies standing outdoors and I used to be working behind the bar and I went out to the scenario as shortly as I may.

‘I saw enough to see it wasn’t very good.’

Mr Wightwick stated his clients had seen the dark-coloured BMW 5 collection being intentionally pushed on the girl.

‘We think they (the man and woman) had come from the BP garage up the road and they were arguing,’ he added. ‘I think they were known to each other, it looks like a domestic thing.’

He claimed he noticed the person try to shove her in the car and rushed over, including: ‘I went working throughout the street to strive and get an image of his registration quantity however he took off at a fee of knots.

Mr Wightwick stated a lady nearer to the car had tried to cease the person however he had pushed her out of the way in which.

The Met Police stated in a press release: ‘It is believed the individuals were known to each other. Inquiries continue and no arrests have been made.’ 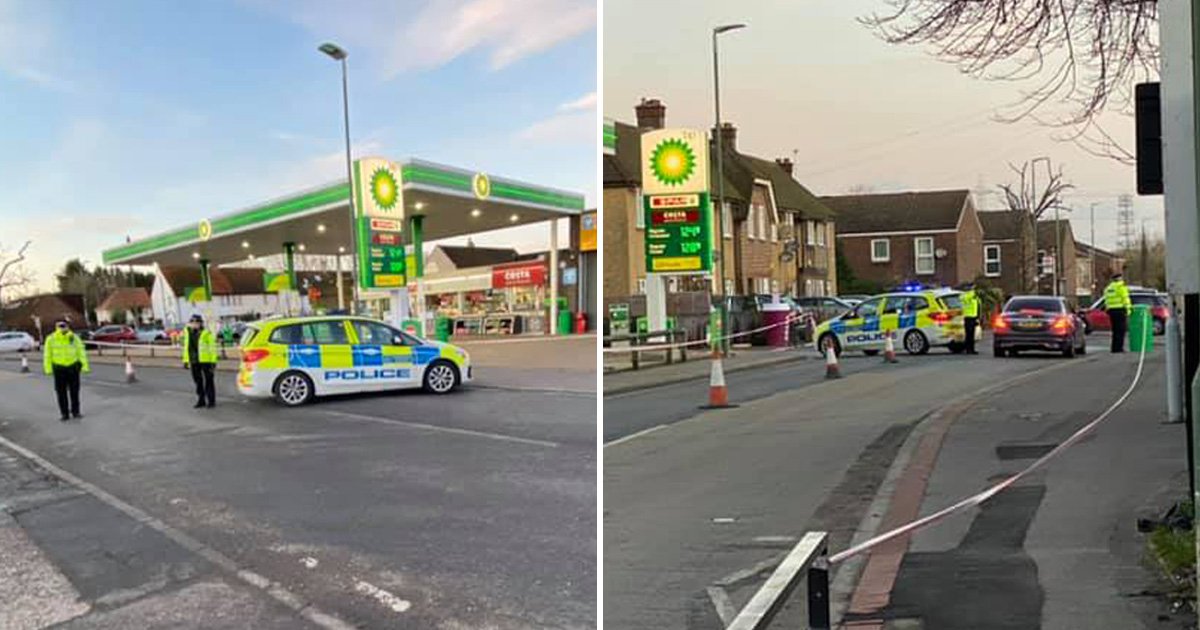